Recently, Infinix entered the Nepali market with the launch of the Hot 9 Play and Note 7. And now the company has made the first device under the Hot 10 lineup official in Pakistan. Let’s check out the specs, features, expected price, and availability of Infinix Hot 10 in Nepal.

Infinix Hot 10 sports a 6.78-inch TFT IPS panel that is slightly larger than its predecessor. It is an Infinity-O display and the circular cutout for the selfie camera is on the top left corner of the screen. However, even with the increase in the display size, the resolution has remained unchanged at 720 x 1640 pixels. 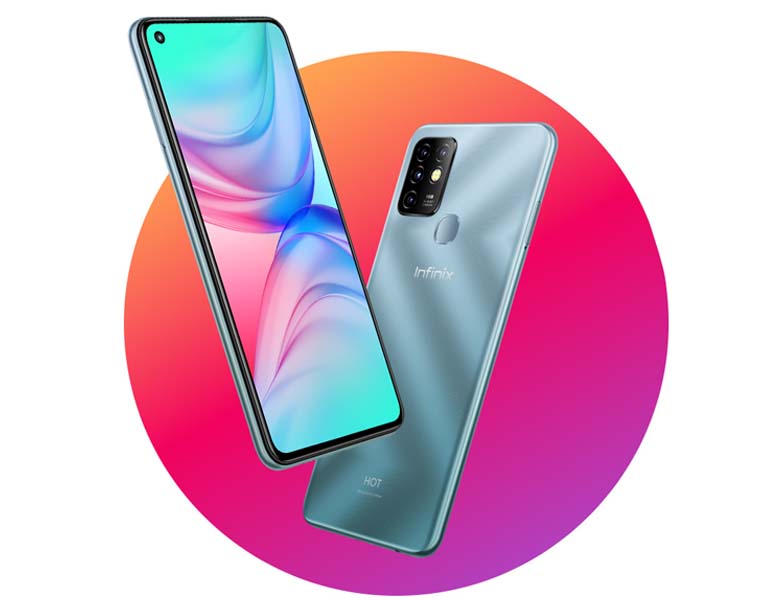 At the back, we get to see Infinix’s signature Gem-Cut design. The rear panel is laser engraved to create visual designs that come to light when viewed from different angles. The rectangular camera bump is on the top right corner Helio G70 is part of MediaTek’s gaming-oriented lineup for budget users. Unlike its predecessor, you can expect to do some gaming on this device. The device comes with up to 6GB of RAM and up to 128GB of internal storage. The latter can be expanded up to 512GB using an external SD card.

Even with the marketed 16MP quad-camera arrangement, the cameras in the Infinix Hot 10 are nothing to write home about. There is not even an ultra-wide sensor and the 16MP primary camera is accompanied by three other gimmicky sensors. It includes a macro lens and a bokeh camera, both of which make use of 2MP sensors. 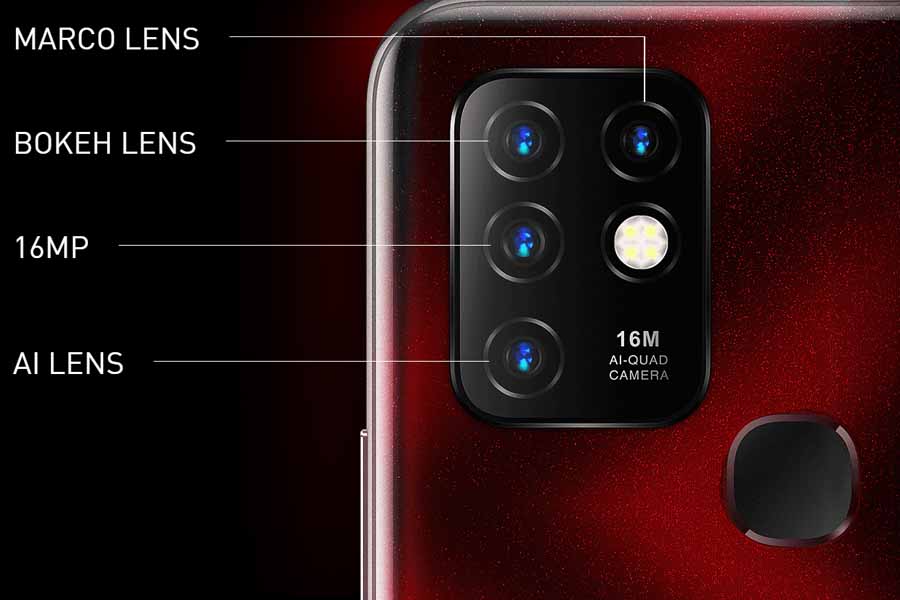 The fourth sensor is listed as an AI sensor but Infinix has not specified anything about its specs or what it is supposed to do. On the front, there is an 8MP selfie camera with an aperture of f/1.8. It is backed by a dual-flash arrangement.

Infinix Hot 10 features a massive battery of 5200mAh, which supports 10W charging via micro USB port. For security, the company has included a physical capacitive fingerprint scanner at the back of the device. 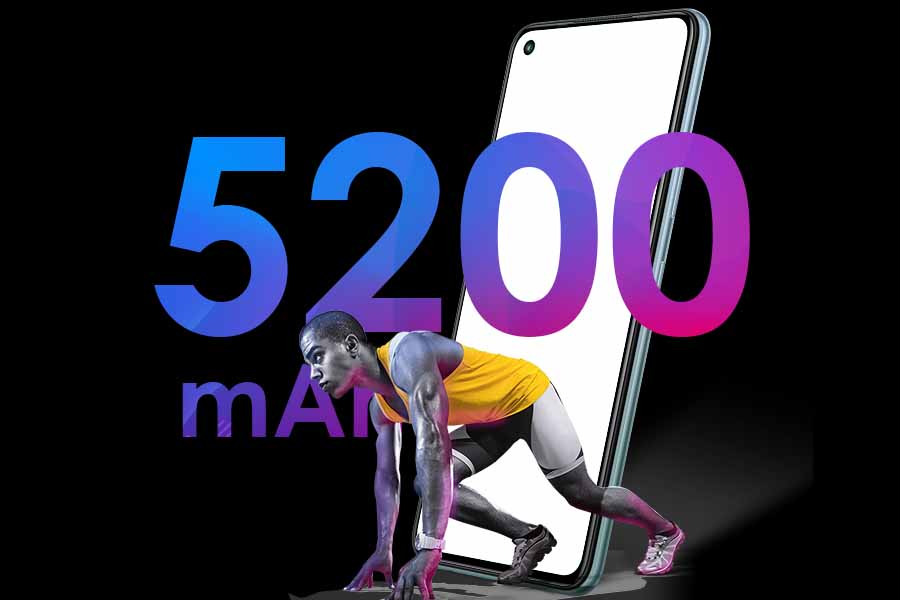 However, users can also use the software-based Face Unlock feature. The device also comes with DTS Audio and ships with Android 10 with XOS 7.0 on top.