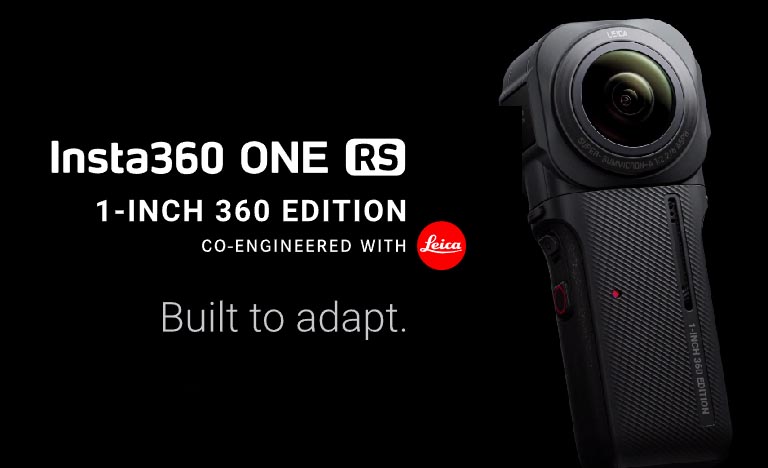 Insta360 ONE RS 1-inch 360 Edition is the first 360 camera with dual 1-inch CMOS sensors. The device can take 21MP 360 photos and 6K 360 videos. It has a small body with a camera lens mounted on top and a screen built into the handle. 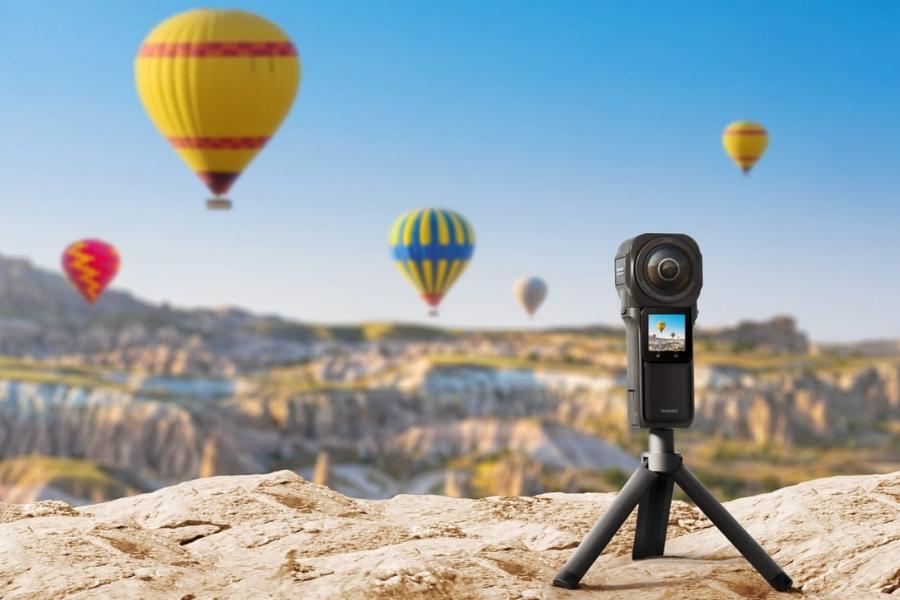 Because the handheld 360 camera is IPX3 water resistant, you won’t have to seek shelter if it rains. A battery is housed in the lower portion of the handle. Similarly, Insta360’s quick reader can be plugged into the lower left. The reader includes an SD Card for quicker photo and video transfer to a phone.

The main feature of the Insta360 ONE RS 1-inch 360 Edition is its sensor. The company worked with Leica to make this 1-inch sensor. The modular camera acts as a 360 update to the One RS action camera with its interchangeable lens.

With its dual 1-inch 360 mod lenses placed on both sides, the camera can shoot up to 6K 30fps videos and 21MP HDR pictures. Furthermore, the mod can be used with the old ONE R or RS base by using an upgrade kit.

Moreover, the user can interact with the Insta360 One RS 1-inch Edtion by using the built-in color touchscreen. Not only controls, but the screen also provides a live view of the footage being taken.

The camera features what Insta360 calls FlowState Stabilization. With the help of 6-axis stabilization and its proprietary algorithm, it offers smoother videos. Some other features include 360 Horizon Lock and an invisible selfie stick which offers incredible third-person shots.

All of this is powered by a 1445mAh battery rated for up to 62 minutes of usage. Insta360 claims that it can charge up fully in 90 minutes while turned off. The action camera connects with your smartphone via Insta 360 app which allows users to edit videos and photos on the go.

The Insta360 ONE RS 1-inch 360 Edition is available in Nepal for NPR 125,000. The 360 camera is available for purchase at the official price from Hukut Store.