Home Processors Intel The Intel Xeon W-3175X is a 28 core workstation processor with a... Announced back in October 2018 at Computex, the mystery 28-core workstation processor is finally official. Intel took the wraps off its 28-core 56-thread processor, the Xeon W-3175X and it costs $3000. Solely aimed at industrial designers, professional content creators and basically anyone who needs all those cores.

This processor apart from the huge core count gets 38.5MB of cache memory. It also supports up to 512GB of RAM over 6-channels and a TDP of 255W. It gets an unlocked multiplier for overclocking, and the power usage will go up. Under normal settings, the CPU can do 3.1GHz at base and 4.3GHz on boost. 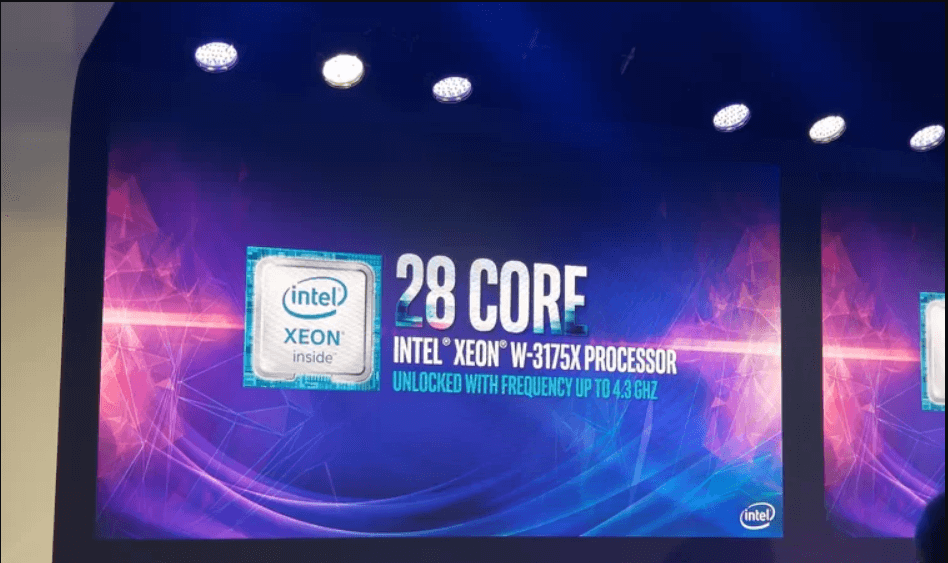 It gets 68 PCIe lanes, of which 44 are on the CPU and 24 are on the chipset. It means more than one graphics card, multiple NVMe SSD support, and not to mention everything that the buyers of this category might require. With all these features, cooling needs to be better than great, for reference, we did see Intel use a dual fan 240mm liquid cooler.

The chipset is compatible with Intel’s LGA3647 server based sockets. Given that it’s a significantly new socket, there are currently no compatible motherboards on the market right now, apart from the Asus ROG Dominus Extreme. GIGABYTE has also confirmed to come up with supported motherboards soon, but we are yet to see any specific dates.

Now, it’s tempting to compare it with he Threadripper 2990WX, which costs just $1800. But according to AnandTech, the Xeon W-3175W was expected to cost somewhere around $4000 to $8000. Does this mean the $3000 price tag is a bargain? Maybe not, at least for us, but we were never their targeted consumers anyway.