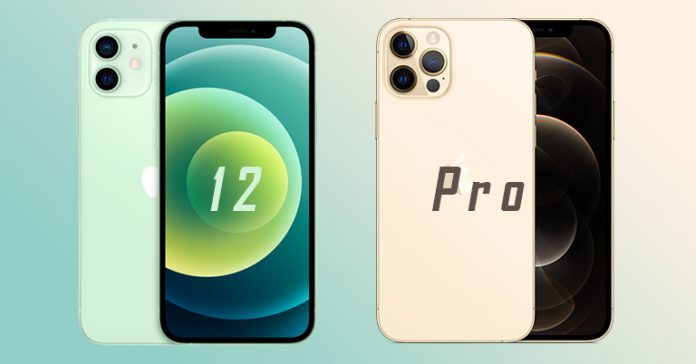 Apple recently pulled the curtain off the much-awaited iPhone 12 lineup. Genxt Nepal, the sole authorized distributor of Apple products in Nepal, has started the pre-booking of these latest iPhones with delivery starting from December 1. Let’s take a look at the features, specs, and expected price of iPhone 12 and 12 Pro in Nepal.

This time around, Genxt Nepal is also offering 1-year of breakage insurance on the entire iPhone 12 series, as well as iPhone XR and 11 series. You will be able to purchase iPhone 12 and 12 Pro from different Apple authorized resellers like EvoStore, Futureworld, and Oliz Store.

Apple has brought its Pro display technology to the vanilla iPhone. The iPhone 12 features a 6.1-inch Super Retina XDR display. The flat OLED panel expands from edge-to-edge and has corners that follow a curved design. The display sports a total of 2532 x 1170 pixels, which is double that of the iPhone 11.

It is protected by a new Ceramic Shield cover that promises up to four times better drop performance than iPhone 11. The technology, which has been developed in collaboration with Corning, introduces nano-ceramic crystals into the glass matrix that adds to the durability of the screen. 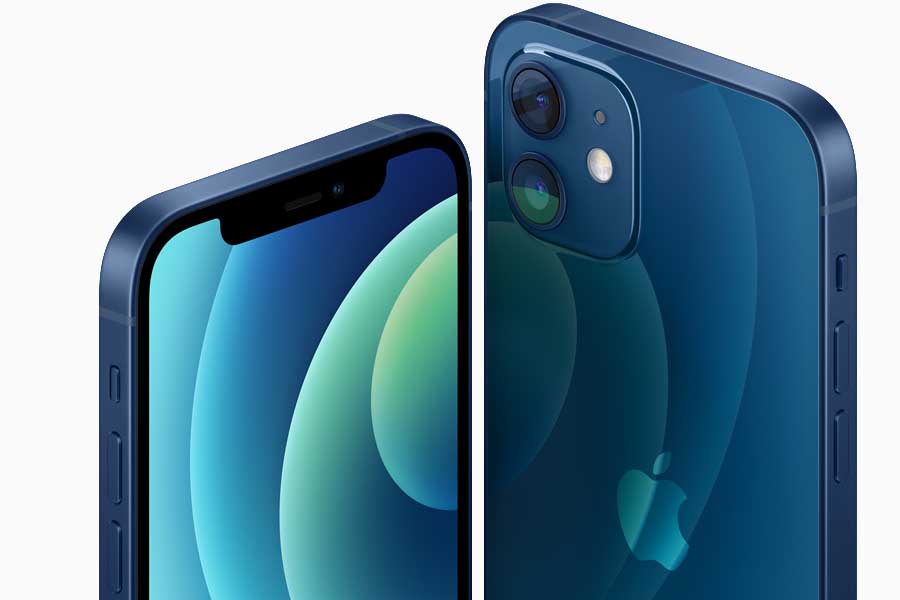 The display is enclosed inside a metallic frame built from aerospace-grade aluminum. The back is made of up glass. The whole device weighs around 164 grams. iPhone 12 is 11% thinner, 15% smaller, and 16% smaller compared to its predecessor. The body is IP68 rated and can survive water up to 6 meters for a period of up to 30 minutes.

While Apple didn’t incorporate higher refresh rate tech in this year’s iPhones, the company says that the lineup has been developed with a key feature in mind – 5G. The new iPhones are being claimed to offer the broadest 5G coverage worldwide. To make it work, Apple has included numerous 5G antennas on the aluminum frame and has even made some changes to the design for the same. It can attain a speed of up to 4Gbps in favorable conditional while the speed will be around 1Gbps in a typical setting.

For bandwidth allocation, the new iPhones come with a new feature called Smart Data Mode. It is an intelligent system that automatically switches between 5G and 4G according to the requirements of the app in use. It manages data usage, speed, and power in real-time.

In terms of performance, the iPhone 12 packs in A14 Bionic chipset as all other devices in the new lineup. It is the world’s first smartphone chipset to be based on the 5nm process and it was first introduced during the unveiling of the iPad Air 2020. It’s a Hexa-core chipset with two high-performance cores and four efficiency cores. The quad-core GPU has improved memory configuration. The company claims that their new chip is 50% faster, both in terms of CPU and GPU performance, compared to other competing chipsets.

The new neural engine has 16 cores and boasts a boosted performance of up to 80%. According to Apple, it is capable of computing 11 trillion operations per second. Similarly, the second-generation ML accelerators promise up to 70% faster Machine Learning computations.

The camera setup on the new iPhone 12 features a wide camera and an ultra-wide camera. The two 12MP cameras may look unchanged from the iPhone 11, but Apple has made some changes. First, the wide camera has a wider aperture of f/1.6. Compared to the f/1.7 aperture on its predecessor, the new camera allows 27% more light to pass through. The difference will be evident while taking photos and videos in low-light.

Apple has adopted a 7-elements lens in the Wide camera. It also supports OIS. The 12MP Ultra Wide offers a 120-degree of Field of View. Similarly, computational photography has also been improved thanks to improved GPU in the A14 Bionic. This means better Night mode and improved Deep Fusion photos. These features are available in both wide and ultra-wide cameras.

Similarly, the new Smart HDR 3 makes use of the improved ML accelerators to intelligently adjust white balance, contrast, texture, and saturation of photos. Also, the new iPhones are the first device to be able to record and edit Dolby Vision HDR videos. Users can record 4K Dolby Vision videos up to 30fps. To make it possible, Apple switched to 10-bit HDR videos from 8 bit.

iPhone 12 includes a lithium-ion battery, whose actual capacity is undisclosed. But the company claims it can last up to 17 hours of video playback, or 11 hours of streaming, or 65 hours of music playback. The 20W fast charger can fill it up to 50% in 30 minutes. However, users will have to buy it separately. In fact, Apple won’t be providing any charger with any of the new iPhones. 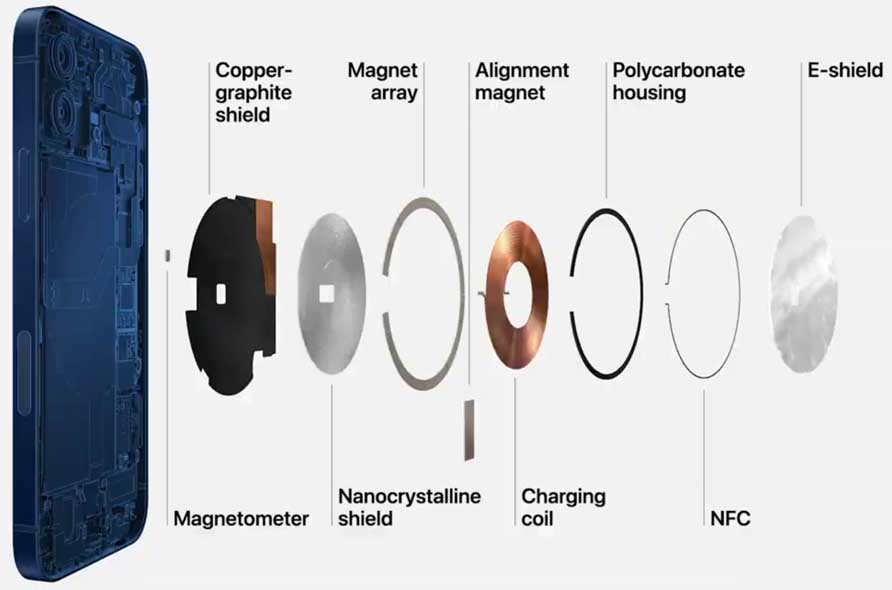 iPhone 12 is now available for purchase from different Apple authorized resellers in Nepal. The price of the iPhone 12 starts at NPR 120,900 for the 64GB variant, but we recommend you to get the 128GB version that costs Rs. 1,28,900.

As you may know by now, the iPhone 12 and the 12 Pro are one and the same when it comes to physical size. They have the same screen size as well, with the pixel count being identical too. But obviously, there are a few (and quite significant) difference between the two. First, while the frame of the iPhone 12 and the 12 mini are made of aluminum, Apple has gone with a more premium stainless steel frame on the 12 Pro, Pro Max.

Because of this, iPhone 12 Pro weighs slightly heavier as well. Similarly, the two phones differ in terms of memory configuration too. While the regular iPhone 12 has 4GB of RAM with storage options ranging from 64GB to 256GB, the 12 Pro takes it a step further by carrying 6GB of RAM and 128GB to 512GB of onboard storage. 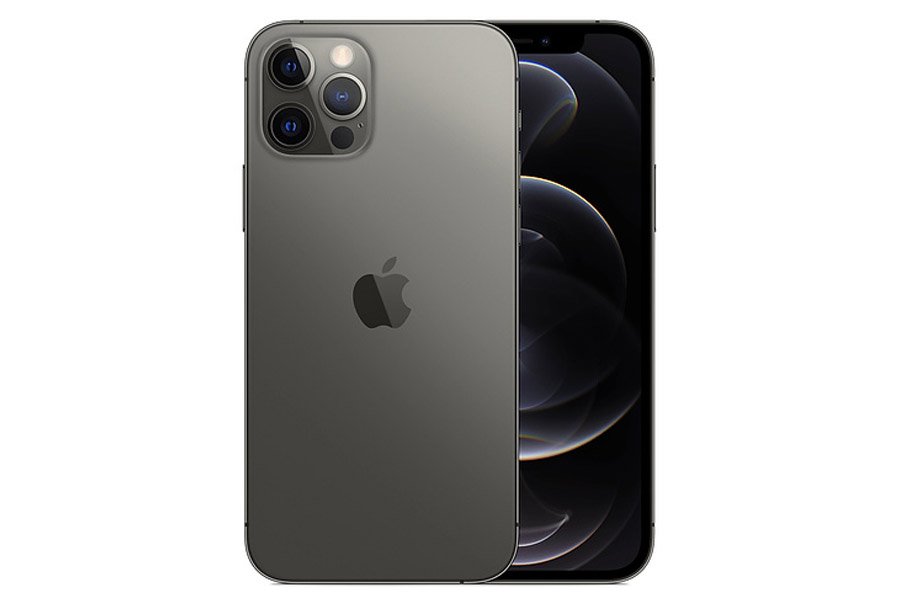 Furthermore, besides the two 12MP lenses on the iPhone 12, the 12 Pro has an additional 12MP telephoto sensor capable of 2x optical zoom. It also comes with a LiDAR scanner for depth sensing and creating 3D maps. Here, seeing how the two phones don’t differ that radically, the price of the iPhone 12 Pro (especially in Nepal) might be digestible only to those who want a premium iPhone experience on a relatively small form factor.

iPhone 12 Price in Nepal starts at Rs. 1,63,300 for the base 128GB variant. It is available for purchase from different Apple authorized resellers in Nepal.

[Quick info: Buying from an official reseller has 2 advantages: Genuine VAT Bill and 1-year breakage insurance. But the cost difference between official and grey channels is around Rs. 20,000.]