iQOO has recently launched two new smartphones in China—the Neo 5S and Neo 5SE. They both come with the new OriginOS Ocean based on Android 12. So, let’s get into the specs, features, availability, and expected price of iQOO Neo 5S, Neo 5SE in Nepal.

Moreover, both displays have a 20:9 aspect ratio, P3 color gamut, and support HDR as well.

On to the design, these phones feature a punch-hole cutout on the front and a rectangular camera cutout on the back. The iQOO Neo 5SE is available in Rock Crystal White, Mine Shadow, and Blue Phantom color, whereas the Neo 5S comes in Orange Light, Night Space, Sunset Canyon options.

Under the hood, the Neo 5S is powered by Snapdragon 888 chipset, while the 5SE gets Snapdragon 870 treatment. Yet, both are available with up to 12GB RAM and 256GB UFS 3.1 storage configuration.

Still and all, the Neo 5S has superior LPDDR5 RAM while the 5SE features slower LPDDR4X RAM. Over on to the software front, they boot on the new OriginOS Ocean based on Android 12. 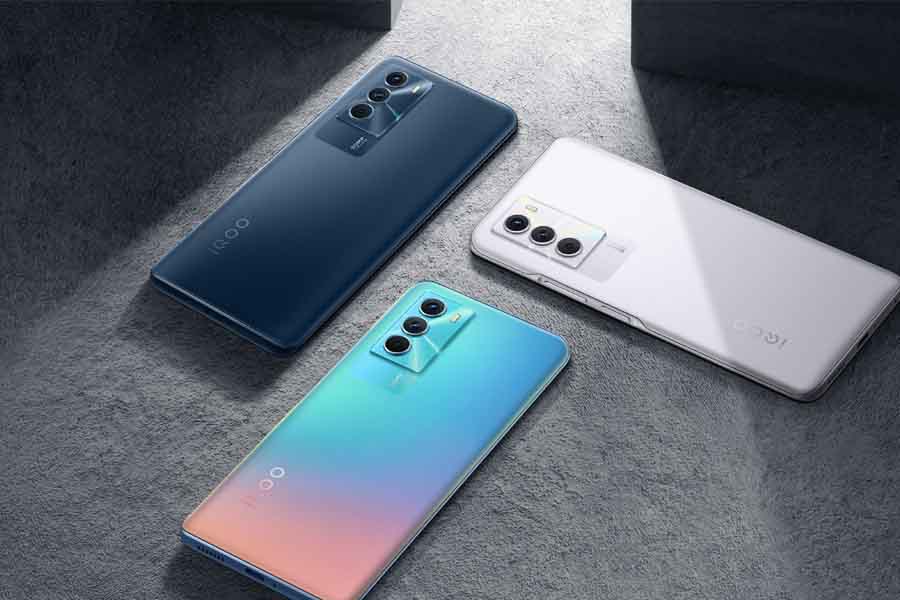