Allied Tradelink Pvt. Ltd., the authorised distributor of Karbonn mobiles in Nepal, has launched a new budget-oriented smartphone — the Mach 6. The phone retails at Rs. 12,860 and is available from online e-commerce website Kaymu as well as various offline retail shops.

Smartphones are getting bigger and bigger as time passes. We have seen Xiaomi launching Mi Max, Sony launching the Xperia XA Ultra; Both featuring a behemoth 6.4-inch display. Add to that list, the Karbonn Mach 6 that features a 6-inch display. While the Mi Max and Xperia XA Ultra are high-end midrange phones, the Karbonn Mach 6 is a budget offering from the company with low-end specs. The 6-inch display of the phone has a resolution of 1280 x 720 pixels with full lamination IPS screen technology that enhances the screen display effect. 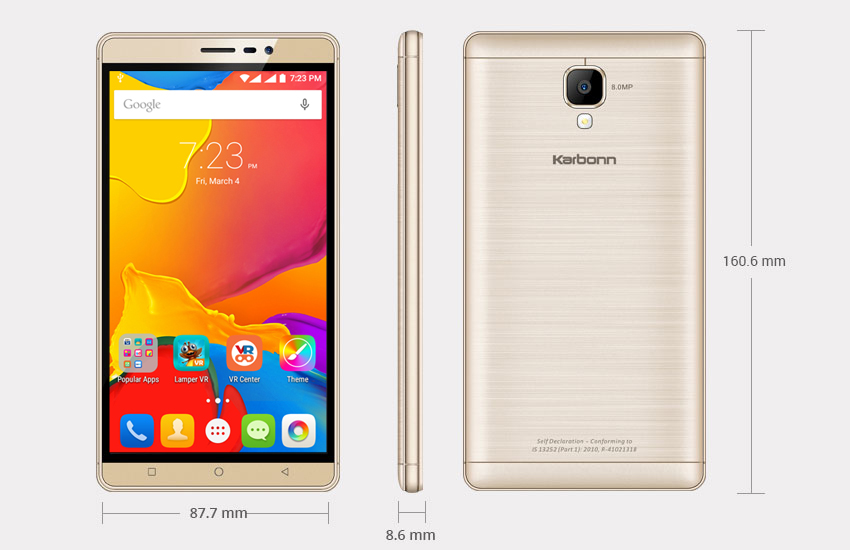 Powering the Mach 6 is a quad-core processor with all the four cores operating at 1.3GHz. It has 2GB of RAM and a 16GB internal memory which you can expand up to 32GB with a dedicated microSD slot. In terms of camera, the phone packs an 8MP back camera with LED flash and a 3.2MP front snapper. Software wise, it’s still running Android 5.1 Lollipop and considering the company’s software update history, don’t expect any further updates. 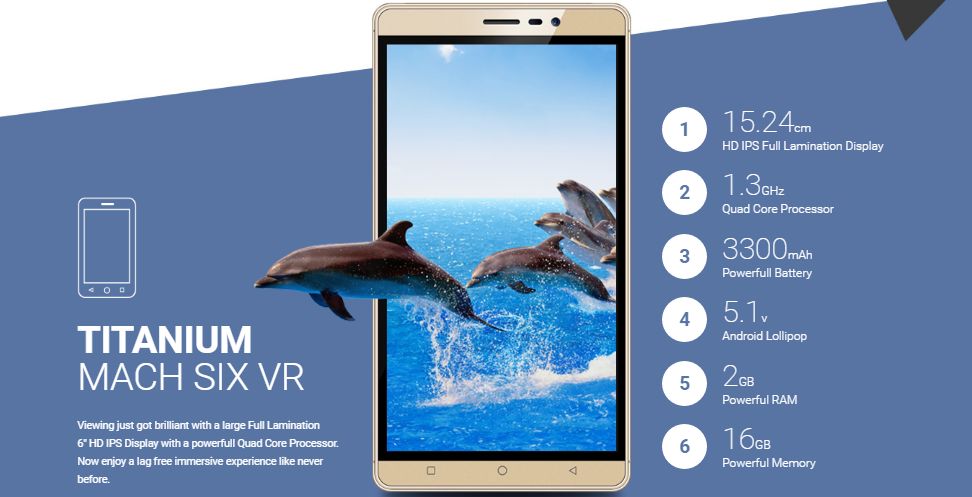 Powering the sizeable display and other components of the device is a 3300mAh battery which should be enough for one day of heavy usage. Connectivity options include dual-SIM (3G+2G), Wi-Fi 802.11 b/g/n, Bluetooth 4.0, and GPS. The phone comes in silver color and you get a free Screen Guard & Protective Case inside the box. Like the Karbonn Quattro L52 that was launched last month, the Mach 6 also supports Virtual Reality and comes pre-loaded with engaging VR games and video content. Users can also create their own VR videos using the pre-loaded VR app.