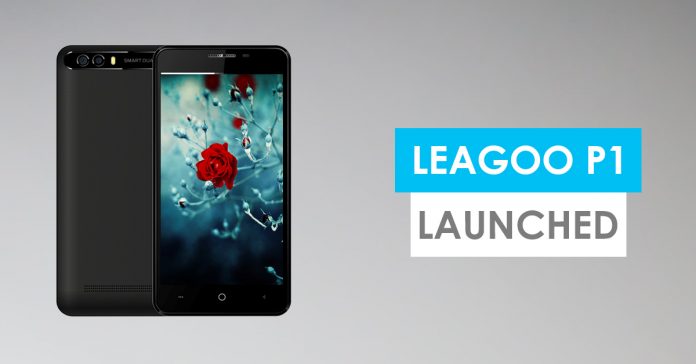 Leagoo, like most of the Chinese smartphone manufacturers here in Nepal, specializes in selling budget-oriented mobile phones. Although it hasn’t shone at what it does, some of its smartphones, like the Leagoo M5, have made a name for themselves. So, to impress the Nepali smartphone users, Leagoo has launched the Leagoo P1 – a low-end budget smartphone that has some quite impressive specifications.

The Leagoo P1 is priced at Rs. 7,800. The device sports a 5.0-inch IPS display with the resolution of 720 x 1280 pixels. It’s a bummer that only supports 3G connectivity, but we can’t expect a low-end device to come with 4G connectivity.

For selfie lovers, the Leagoo P1 has a 5-megapixel front-facing camera with f/2.2 aperture and a 77.9-degree viewing angle. On its rear is a dual camera set up. The smartphone has 8-megapixel and 5-megapixel rear-facing cameras. For night time photography, dual flash is equipped on the smartphone’s back.

This smartphone runs on Android v7.0 Nougat out of the box which is a welcome addition as we don’t usually see a low-end smartphone running on this operating system. It has Leagoo OS 3.0 Lite on top as a skin. Underneath the hood, the smartphone is powered by a 28nm Quad-core MediaTek MT6580A processor which is coupled with 1 GB of RAM and Mali-400 MP2. Storage wise, the device has 8 GB of memory on the inside which can be further expanded.

The Leagoo P1 will support some on-screen gestures like double-tap to wake. It has microUSB port on the bottom and a 3.5mm headphone jack as well. The device is backed up by a high capacity 4,000 mAh Li-Polymer battery. The P1 variant launching in Nepal, however, does not have any fingerprint scanner on its back.

If the specifications are considered, the Leagoo P1 could be a pretty good smartphone for someone under a budget. The device will certainly impress its audience for its price of Rs. 7,800. What are your thoughts on the Leagoo P1? Let us know in the comments down below.