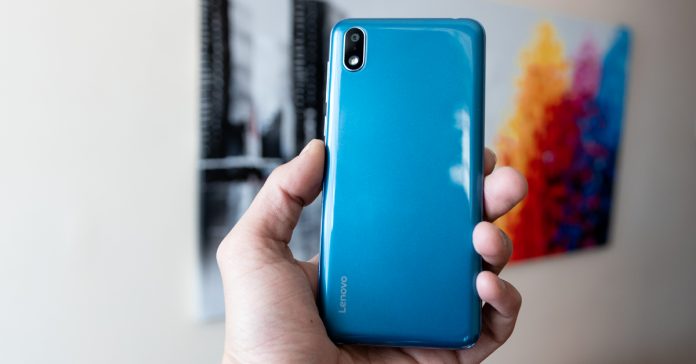 Lenovo is one of the brands that in recent times had lost its charm in Nepal. But the company has made a comeback now. Today, the company, in it’s Facebook page has revealed that they have launched the Lenovo A5s, a budget phone in Nepal. The company seems to market the device in regards to the display and cameras using hashtags like #CatchTheMoment and #MaxVisionDisplay. In accordance with the hashtags, we see an 18:9 display, that Lenovo calls Max View Display with HD+ Screen resolution. Likewise, at the back, the design is made of plastic with a glossy finish. The back is removable, so there is a battery inside which is pretty uncommon these days. And as it used to be before, we have two SIM slots and an SD card inside. Also, check out our exclusive hands-on review of the device here.

In the camera department, we see a single 13 MP camera at the back and a 13 MP camera at the front as well. The performance front the Lenovo A5s is backed by an entry-level MediaTek A22 processor clocked at 2.0 GHz. Similarly, we get 2GB RAM with 16 GB storage and as mentioned earlier, there are dedicated slots for SIMs and memory expansion.

In the battery side of things, this one packs a 3,000 mAh battery, which is well a slight downgrade over the previously launched Lenovo A5!

The Lenovo A5s has been launched at a price of Rs.12,499 in Nepal. The previous iteration of the device, the Lenovo K5 was well received in the market. Nonetheless, we will have to see how this one comes out.