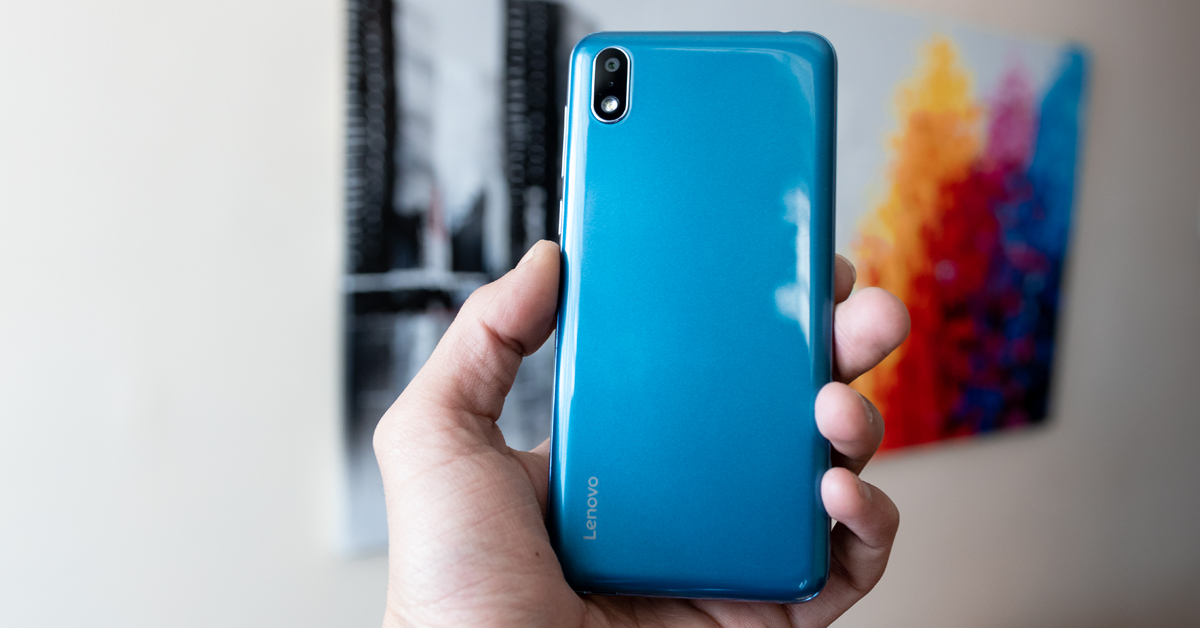 The Lenovo A5s has a pretty old school design with bezels and a chin. Of course, for a budget phone, this is not uncommon either. The body is plastic with a glossy finish. The back panel is removable, and there is a removable battery inside – pretty uncommon these days. But given that the SIM slots are inside, that’s all well. There are two SIM slots – one micro and the other nano. There is an SD card slot inside as well. The build of the phone looks good. The back panel is pretty stubborn to open too. The glossy finish attracts a lot of finger smudges though. The power button and volume buttons are on the right and overall, the phone looks good enough for the budget category. 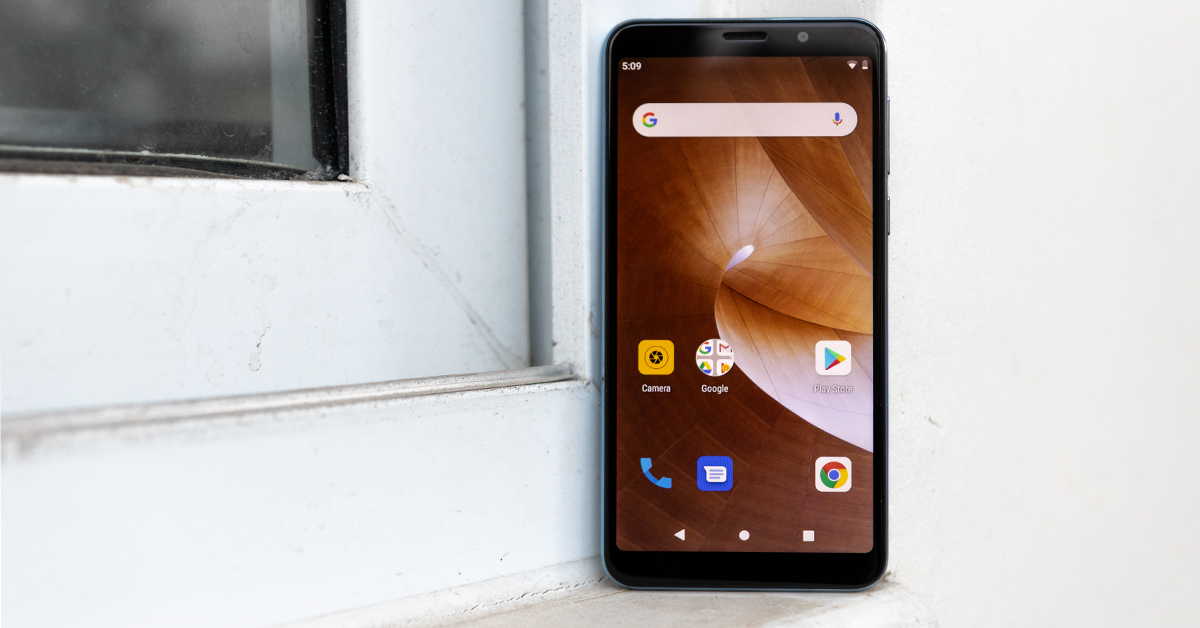 The display is a 5.72″ IPS LCD panel with HD+ resolution but CPU-Z and My Device showed different pixel measurement. CPU-Z shows a standard of 1440 x 720 whereas My Device measures 1344 x 720. Nevertheless, the HD+ resolution on a  budget phone is good enough.

In terms of camera, it packs a single 13 MP camera at the back and a 13 MP camera up front as well. This is a budget phone, so, I would not expect too much from the camera, though. However, the UI is very simple. There is only a normal mode, and not much else to see. I don’t know if this is only on the unit we got our hands on or all retailing models, but that’s that. 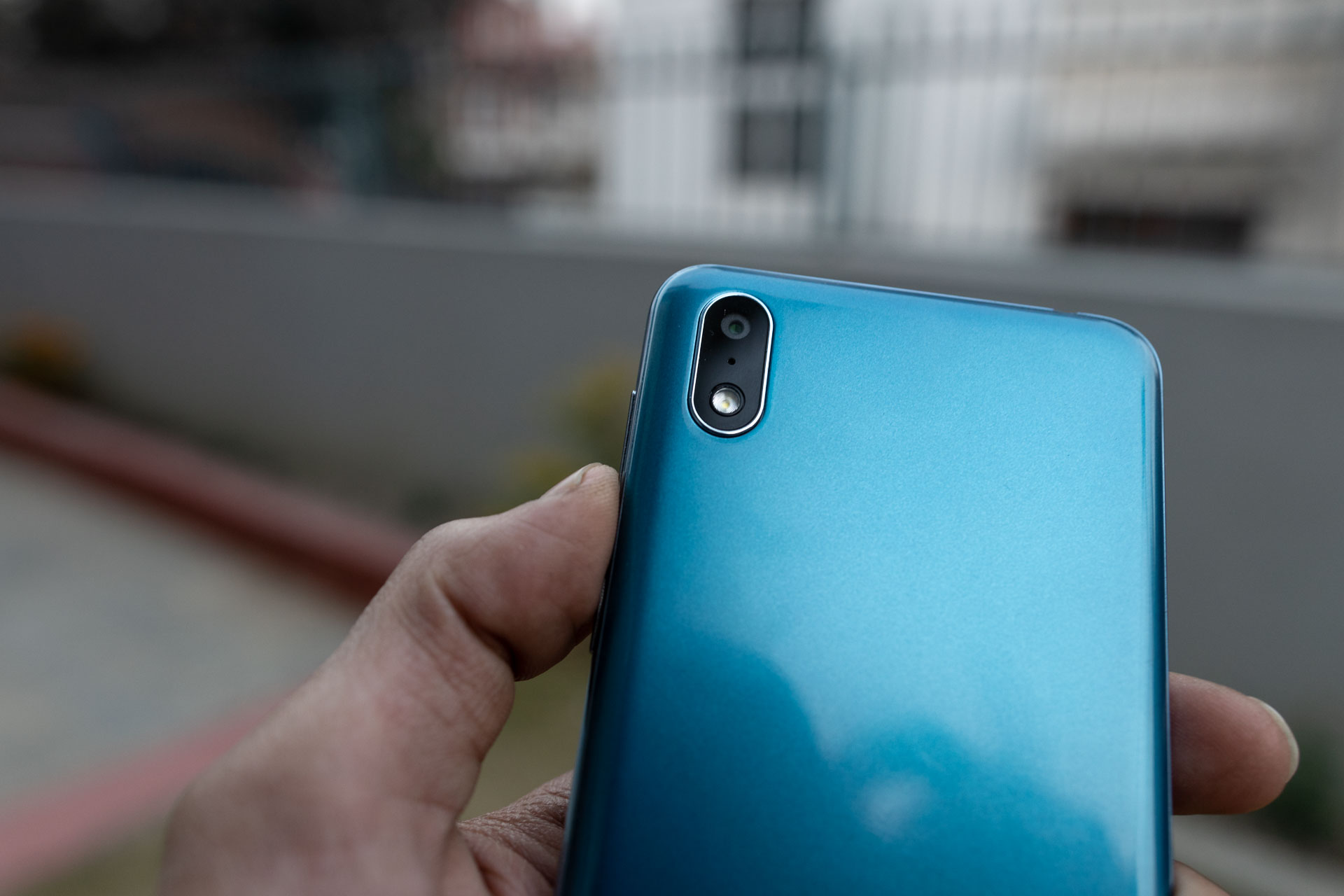 Under the hood, the phone runs on MT6761 processor, which is more commonly known as Helio A22 chipset. There is 2 GB RAM in it, and a 16 GB of onboard storage. But since there is a microSD card slot, it is not a deal breaker. However, the Lenovo A5 had a 3 GB RAM, so, we might also see another 3 GB variant of the phone as well.

We had seen the chipset on the Xiaomi Redmi 6A with the same RAM and storage configuration. Not just the hardware setup, the performance of the device was also identical. Light apps and games ran pretty smoothly and app switching was also pleasingly decent. So there is nothing much to complain here when the pricing is considered.

The phone runs on Android 9.0 Pie. And it is a bit surprising that it runs on the latest software when many high-end phones are yet to receive Android Pie updates. But it is there. How the device performs, we’ll let you know after a full review.

For now, this phone has not even launched anywhere, so, our unit could very well be a demo unit, too. Lenovo officials have cued the price of the phone to be around $100 and said to hit various market really soon. But till the day I reviewed, there was not any sort of official announcement or an official disclosure of the pricing.