First announced at the CES 2022, LG DualUp is now available for purchase in the US. It’s a premium monitor from the company, with the main highlight being the 28-inch screen which looks like two normal screens stacked on top of one another. So, let’s take a look at the specs, features, expected price, and availability of the LG DualUp monitor in Nepal.

LG DualUp Monitor features a 27.6″ Nano IPS panel with an SDQHD resolution of 2560 x 2880 pixels. The display is equivalent to two regular 21-inch screens placed on top of one another. This gives LG DualUp its tall 16:18 aspect ratio that LG claims will help enhance productivity for programmers and officers alike.

Not only that, LG DualUp can come in handy for streamers and content creators. This monitor covers up to 98% of the DCI-P3 color gamut and is color calibrated from the factory.

The peak brightness of the LG DualUp Monitor is listed at 300nits. It also has a light sensor that automatically adjusts the brightness based on the ambient luminance. 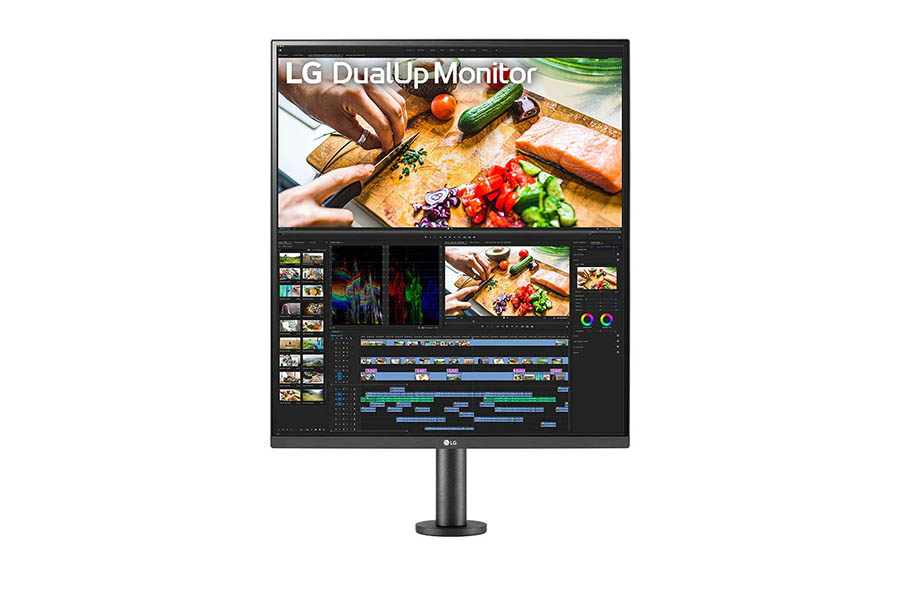 Furthermore, the screen has a Grey-to-Grey response time of 5ms and is HDR10 certified. It even has Rheinland Eyesafe Display Certification which ensures protection from blue light.

LG DualUp comes with an Ergo Stand that offers the flexibility to move the screen back and forth, as well as swivel, rotate, and tilt to configure it the way you like. The monitor ships with C-Clamp & Grommet and One Click Mount that you will need during installation.

Adding on, the monitor typically operates on a 40W power supply which can increase up to 190W based on different scenarios.

As for connectivity, LG DualUp Monitor has two HDMI ports, a display port, and a USB-C port. The latter even supports 90W PowerDelivery to charge your laptop and other accessories. In addition, a headphone jack is also available.

You can hook up the monitor to two different computers at the same time and control the contents using the KVM feature.

LG DualUp Monitor is currently available for sale in the US, where it retails for USD 699.99. It is not clear if LG will launch the DualUp Monitor in Nepal, but if it does, we expect its price to be NPR 105,500.