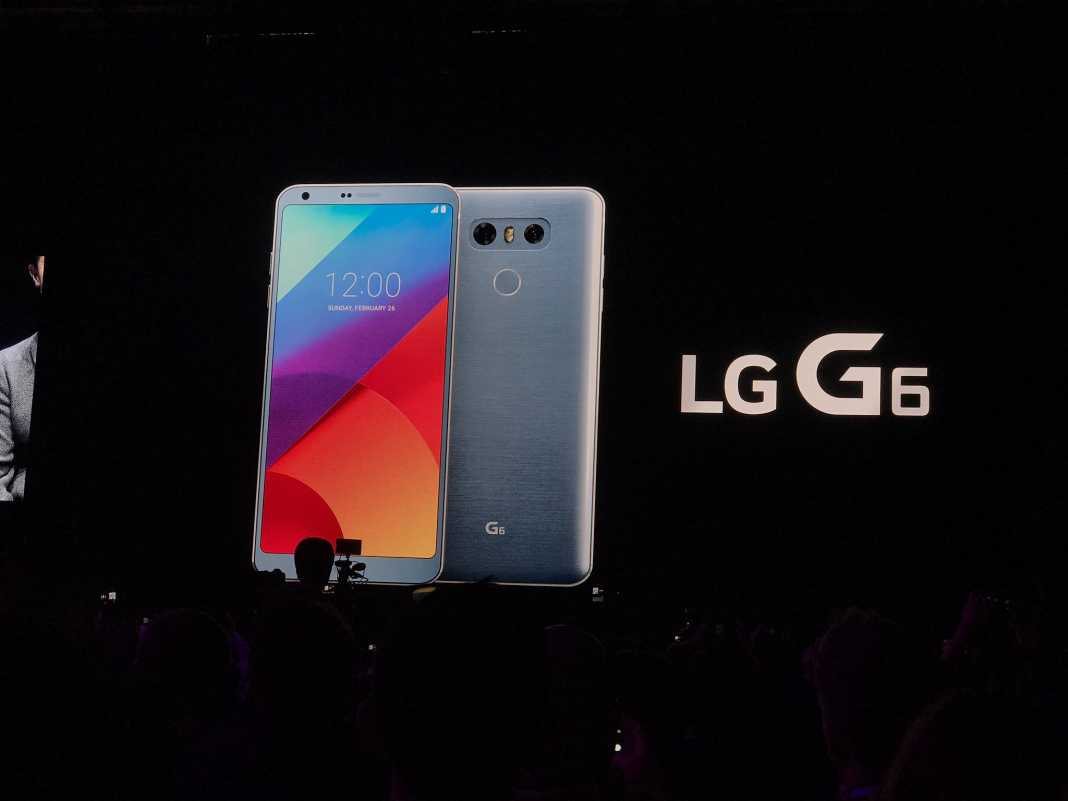 We had heard a lot of rumors of LG G6. Marking some of the rumors as true and others as codswallop, the flagship device from LG, LG G6 launched at MWC 2017 in Barcelona, Spain. LG has claimed that this device is for the ones, who are in pursuit of perfection. LG G6, the newbie ditched the modular design carried by its predecessor LG G5. However, it came up with aesthetic metal and glass body, non-removable battery, astounding camera and a very new aspect ratio. It will not be an exaggeration to mention that the manufacturers have primarily focused on device display while making the new LG G6.

The device seems undoubtingly astounding in the solid Aluminium frame with Gorilla Glass on the front and the back. It also bears USB-C port (fully waterproof), a single speaker and mic on the bottom. The device also has rounded corners with a larger display in a hand-adjustable size. The fingerprint scanner of the phablet resides on the black just beneath the dual-camera setup.

Display of a smartphone is what really matters in a smartphone because the screen is the focus point of a smartphone. Everything we do is centered on the screen. So, we all want is a larger screen, which displays the things we need to see fitting perfectly on the screen. This is not impossible; however, it comes with a downside. Along with a larger screen, the device bears greater dimensions making us difficult to carry on our pockets and to hold and use with one hand. To evade this problem, the nascent LG G6 comes with a larger display of 5.7 inches that fits perfectly in our hand. This has been possible since the top and bottom bezels are shrunk in the LG G6.

The new descendent of LG family comes with Quad-HD resolution with Full Vision display. The pixel density of 564 PPI is great but the aspect ratio in this smartphone seems quirky. However, the LG team has explanations for it. According to them, this new aspect ratio is close to the direct eye vision. They explained that this aspect ratio would be pleasing to the eye than long and narrow aspect ratio of 21:9. On the question of difficulty for the users on this new kind of display, the speakers mentioned that Amazon and Google Play have been working with this kind of display. In addition, they also assured that the users could expect no difficulty with this display because of its compatibility. The makers also boasted LG G6 as the first smartphone to have Dolby vision / HDR 10.

The phablet is powered is Qualcomm Snapdragon 821 processor, which is a Quad-core (2×2.35 GHz Kryo & 2×1.6 GHz Kryo) CPU. LG G6 works on Android Nougat (v7.0) version flavored by LG UX UI 6.0 on the top. On the optics side, LG G6 sports dual-camera setup on the back each of 13MP. The setup will be capable of shooting wide-angle photos and videos. The front is also capable of shooting wide-angle photos and videos and has a Megapixel count of 5MP.

The battery on the device is 3300 mAh non-removable battery, which is an upgrade to its predecessor. In order to shorten the company with wall charger, the device also inherits Quick charge 3.0. For the safety and reliability of the device, Ian Hwang, the Product Planning Director of LG electronics mentioned that device is tested with penetration test, shocks and force tests. For the heat dissipation, Copper heat pipe and air gap around the battery is provided. The device also bears an IP68 certification for its dust and water resistant body. The LG G6 was brought in three color variants: Mystic white, Astro black, Ice platinum. However, the price and availability of the device have not been talked at the event.