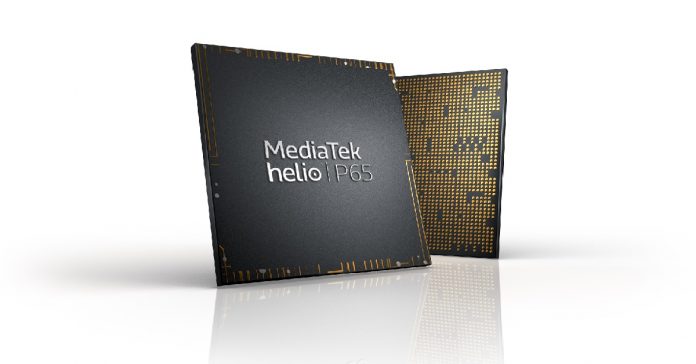 MediTek When MediaTek launched the Helio P60 chipset as a successor to the Helio P23, it received loads of applauds from the crowd. The chipset was a capable performer in the midrange territory back then. However, Helio P70 chipset failed to bring such kind of upgrades. But to purge for the disappointments it created, MediaTek recently unveiled Helio P65. And this new chip has brought faster CPU cores along with improved AI capabilities.

According to ARM, the Cortex-A75 offers 22% beefier performance than the A73 whereas the A55 is 18% faster than the A53. This cues that the single core performance of this SoC will be better than P60 & P70 but it will still have lower multi-core performance scores.

Even on the GPU front, the company has made some changes. The Mali-G72 GPU has been replaced with less powerful Mali-G52 cores. So there can be some drop in the 3D performance. However, with the company’s CorePilot resource control system, MediaTek claims to deliver consistent performance while gaming.

Nonetheless, MediaTek toiled harder to improve its imaging prowess. The new chip has support for 48MP Quad Bayer sensors. So the ISP (Image Signal Processor) on the SoC can effectively merge multiple pixels into one to produce sharp and crisp images. The SoC also has support for dual-camera set-up consisting of two 16-megapixel sensors. Furthermore, MediaTek Helio P65 chipset is capable of reducing the Multi-Frame Noises. Other notable inclusions would be its improved depth engine to bring better Bokeh effects.

On the connectivity front, there is quite an upgrade from Bluetooth 4.2 to Bluetooth 5.0. MediaTek has also improved GNSS and positioning engine. So you can now expect a more accurate indoor navigation. However, there is no support for UFS storage, which is quite a bummer in 2019. The chip can only handle eMMC 5.1 storage. There is also no support for dual channel LPDDR4x RAM.

Apart from that, there is nothing much of a change while comparing it with the P60 and P70 chipsets. The same 12nm TSMC manufacturing process would be an example.