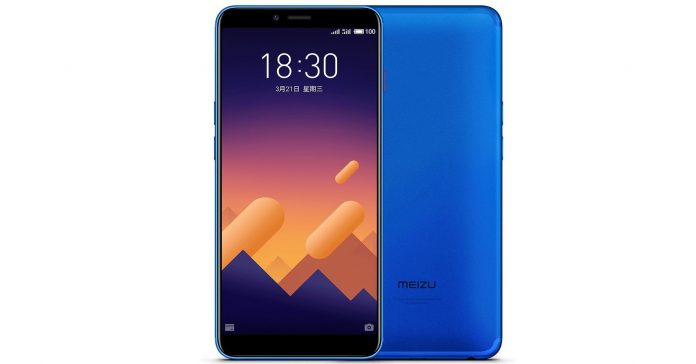 It hasn’t even been a week since OPPO F7 got released in China and now it is Meizu. Meizu E3 is officially launched now. The time where rumors have become a publicity tactic. Meizu E3 is no exception. There was much hype about the smartphone because of the leaks.

The Meizu E3 like most conventional smartphones of 2018, has 18:9 aspect ratio. It has 5.99-inch tall IPS LCD screen with a full HD+ resolution. On the rear side, it has antenna bands as of that in older iPhones. The dual cameras at back are vertically placed. The fingerprint sensor is side mounted. The phone has a unibody metal design.

The smartphone is powered by Snapdragon 636 processor which the Redmi note 5 Pro sports as well. Redmi turns out to be a top performer on the mid-range segment. So, we can expect smooth processing from this phone as well. 6GB of RAM with 64GB of internal memory and 128GB of expandable memory make an appeal as well. The Android Nougat 7.1.2 comes across as a bit outdated choice but then, an Oreo update would still make it steal the deal. The OS is heavily customized via with Flyme 7 launcher.

The primary rear camera has a 12MP resolution (Sony IMX362, f/1.9 aperture, 1.4micron pixel size) whereas the secondary one has a 20MP resolution (Sony IMX350, f/2.6). The selfie camera is of 8MP. The dual back cameras are also capable of taking portrait mode pictures, PDAF and DPAF. These also consist of dual-tone flash which makes the pictures with the flash appear better. 2.5X ‘loss-less’ zoom is also claimed.

It has 3,360mAh big battery, which is impressive. It apparently also has cold mCharge technology which offers 20W fast charging without letting the device heat up.

They also have the limited edition Meizu E3 J-20 edition (6GB RAM + 128GB ROM) with zinc alloy chassis which is available for the price of $395 approximately.

All these models have been released only in China, not any international markets. CG Mobiles, the authorized distributor of Meizu smartphones in Nepal, is tight-lipped about launching the Meizu E3 in Nepal as of now.

The specifications have got us on this smartphone and for the price the phone is being offered, I feel the phone would definitely be worth a try. So, we hope CG Mobiles will soon launch it in Nepal. What do you think about the Meizu E3? What do you think should be the pricing of Meizu M3 in Nepal to compete against current midrange phones? Let us know in the comments down below.