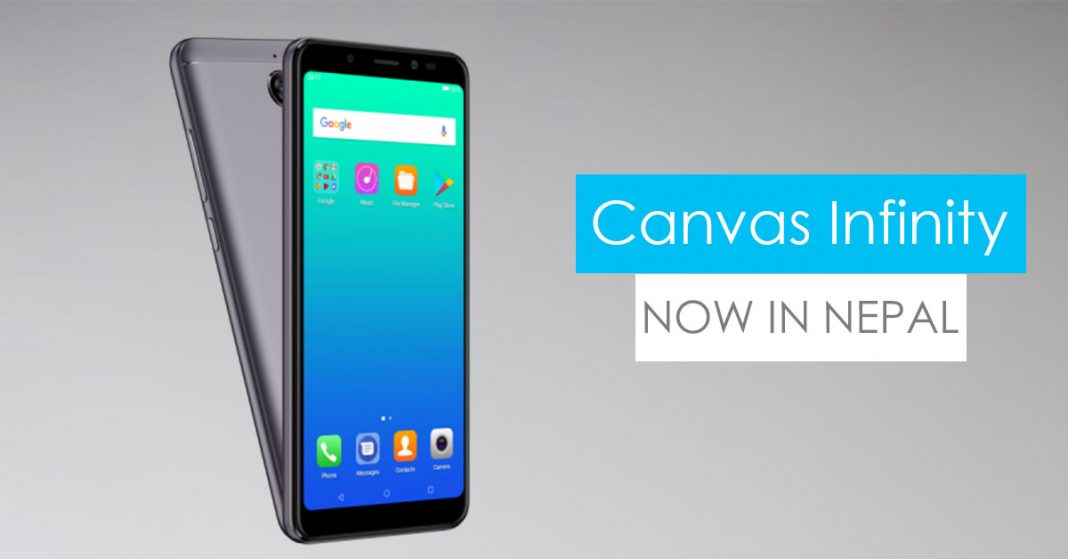 The year 2017 will forever be known as the year when smartphone manufacturers inclined towards edge-to-edge displays. Samsung, LG, Xiaomi and now even Apple have all opted for smartphones with little to no screen-to-body ratio. However, the smartphones I mentioned here all come with a premium price tag. This is where other smartphone brands come into effect. Vivo recently launched its V7+ with minimal bezels, Micromax did it with the Canvas Infinity, and even LG has its LG Q6. It’s a good thing that some of these budget-oriented devices will slowly start being available in Nepal starting with the Micromax Canvas Infinity.

The Micromax Canvas Infinity has a 5.7-inch IPS LCD display with an 18:9 aspect ratio. Even though the display only packs a resolution of 720 x 1440 pixels, consumers will surely like its edge-to-edge panel. This smartphone is powered by a Quad-core Qualcomm Snapdragon 425 processor with a clock speed of 1.4 GHz. This processor is helped by Adreno 308 GPU and 3 GB of RAM. For storage purpose, this device has an internal memory of 32 GB which is expandable up to 128 GB via a microSD card. As far as the software goes, the Micromax Canvas Infinity runs on Android v7.1.2 Nougat which will be upgraded to the latest version Google offers – Android v8.0 Oreo. In terms of optics, the Canvas Infinity is equipped with a 13-megapixel rear-facing camera with f/2.0 aperture. This phone is meant for selfie lovers as it has a 16-megapixel front-facing camera up front with a f/2- aperture and autofocus.

The Micromax Canvas Infinity lights up with a removable 2,980 mAh Li-Ion battery which, according to Micromax, is capable of delivering 420 hours of screen-on-time on 3G connectivity. The device is already up for pre-order as of now.