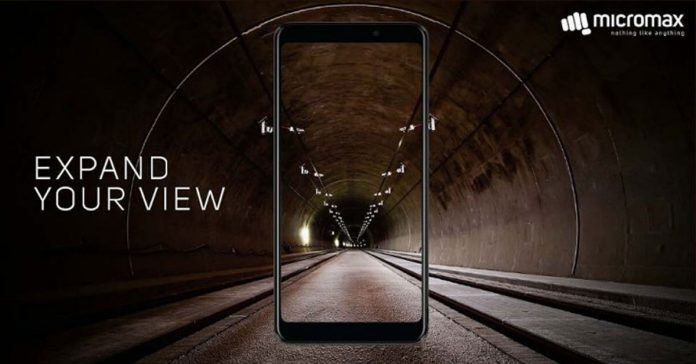 Micromax has announced its latest product — the Micromax Canvas Infinity in an event in New Delhi. The phone on the first glance looks like the LG G6 and that’s not a bad thing for a phone that costs INR.10,000. The design is not the only thing that is identical to the LG G6. Let’s see what the phone packs.

Note: The Micromax Canvas Infinity is now available in Nepal for Rs. 18,500

Micromax Canvas Infinity like the name suggests comes with an edge-to-edge display with the aspect ratio of 18:9. This is the second budget phone after LG Q6 to come with this panel. We’ve only seen this on flagship phones like the LG G6 and the Galaxy S8. This aspect ratio will be the standard for displays in the future, more prominently in 2018.

The Canvas Infinity comes with a 5.7-inch  HD display (1440 x 720 pixels). It has 2.5D glass to give a seamless perspective up front. Powering the phone is a quad-core Snapdragon 425 chipset clocked at 1.4Ghz. It comes with 3GB of RAM for multitasking. Talking about storage, the phone offers 32GB onboard memory which can be expanded up to 128GB. Since Android O was launched today, Micromax has already promised a future update of Oreo for the phone. Currently, it is running on Android 7.1.2 Nougat. On the optics side, the phone comes with a 13MP Rear Camera with f/2.0 aperture and a secondary 16MP shooter with screen flash. You also have bokeh mode up front.

The phone is backed up by a 2,900mAh battery which should provide 4-5 hours of Screen on Time considering its specs. The best thing about the phone is its removable battery.  You can carry two or even 3 batteries of the phone and never worry about the battery life. The phone is available only in Black Color option. We can expect the phone to launch in Nepal in coming months.