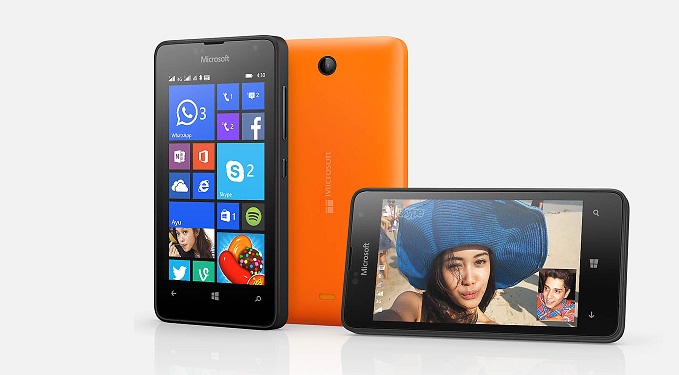 Microsoft has announced the Lumia 430,  the company’s most affordable Lumia smartphone till date. It is priced at $70 (~NRs. 7,000). The phone is available in Orange and Black colours. There has been no words about its availability.

Skype, 30 GB of OneDrive storage, and Office all come pre-loaded with the device initially running with Windows 8.1. According to Microsoft that it will be eligible for the Windows 10 upgrade later this year.

“People around the world have responded enthusiastically to our affordable Lumia range. We continue to invest in this segment to ensure that as many people as possible can enjoy signature Microsoft experiences, regardless of budget.”

Microsoft has been trying hard to make a good low-end smartphone market with its large range of Lumia devices, where some have been priced way too competitively. Recently, Paramount Electronics, the Authorized Distributor of Microsoft smartphones in Nepal, launched Microsoft Lumia 435 for Rs.9,950 ($100).The Lumia 435 specs are much similar to Lumia 430. Both these phones comes with a 4 inch WVGA display with screen resolution of 480 x 800 pixles and pixel density of 235ppi. Both phones packs a Qualcomm Snapdragon 200 chipset with Dual Core processor, Adreno 302 GPU and 1GB of RAM. So, there isn’t any major changes between Lumia 430 and Lumia 435, but Lumia 430 is lot cheaper than Microsoft Lumia 435.