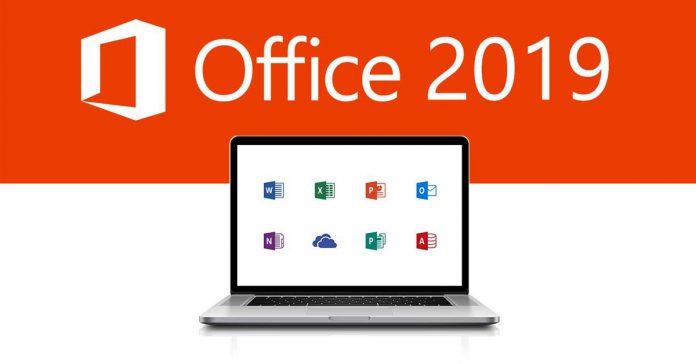 Microsoft recently released Office 2019 for Windows and Mac operating systems. After the Office 2016, this is the first time the company’s flagship software received such a huge update. This new Microsoft Office 2019, however, has been targeted at the consumers, who have not yet chosen the Microsoft Office 365 service with the monthly feature updates.

Over the years, Microsoft seems to be obsessed with luring the consumers to its cloud-based services. However, this time the company stepped up and showed that it has forgotten about those who want a one-and-done purchase. So the company with high hopes and utter generosity has rolled out the Microsoft Office 2019 for Mac and Windows, providing a subset of upgrades that used to be in the Office 365 in the past three years.

“Office 2019 will be a valuable upgrade for customers who feel that they need to keep some or all of their apps on servers on-premises,” the company said in a press release.

It is worth noting that the new software will run only on Windows 10 and not on Windows 7, 8 or 8.1. Also, the software is available for Microsoft’s Commercial volume license (trusted) customers as of now. And for all the consumers who do not fall on that category should have to wait for few weeks to use the software.

Microsoft Office 2019 and Office 365: What are the differences?

Since most of the features in Office 2019 and Office 365 are the same, it has created quite a lot of confusions on the consumers’ side. So let me clear it out for you.

Here is a major difference: MS office 2019 is software, which requires a one-time time purchase. After the purchase, the consumers can use it for eternity without paying further for the same services. And in this kind of purchase, the users won’t receive any sorts of feature updates after making the purchase. You can receive quality updates and security patches, but no new tools or functionality will ever be added into the software.

All or most of the features in the Microsoft Office 2019 will mostly be present in the cloud-based Office 365. The major intentional of bringing the new update with improved features is to lure the customers, who like to pay only for one time for the service and doesn’t really require access to new tools and functionality.

Although this feature was already existent on the Office 365 ProPlus, it was not available in the Office 2016.

In the matter of data handling and management, Excel is still on the acme. And this time, the company has injected some new features to set a new benchmark for the data management software. With the new version of the software, users will be able to access new and more powerful features like new formulas, new charts (like funnel charts and 2D maps), the ability to publish from Excel to Power BI (Microsoft’s own business analytics service), and enhancements for PowerPivot and PowerQuery.

We have seen S-pen on the Samsung Galaxy Note 9 and the Microsoft Surface devices. Such digital pens quite sophisticatedly allow the users to draw, note, and doodle directly onto the device’s screen. This feature not just look fancy, it also gives the opportunity to the users to use the software interactively. And Microsoft has adopted the feature in Office 2019 to encourage maximum productivity. It has introduced the new inking capabilities across all the apps—such as pressure sensitivity, tilt effects that adjust the ink’s thickness depending on the angle of the pen, and even a roaming pencil case, which allows users to store and organize their favorite pens, pencils, and highlighters to roam with them across their different devices.

Microsoft has not yet forgotten its Outlook users. In this new update, Microsoft has brought several new features to make the email management tasks easier and hassle-free. And Microsoft is quite hopeful that, with the new features, users will now able to manage their emails effectively and efficiently.