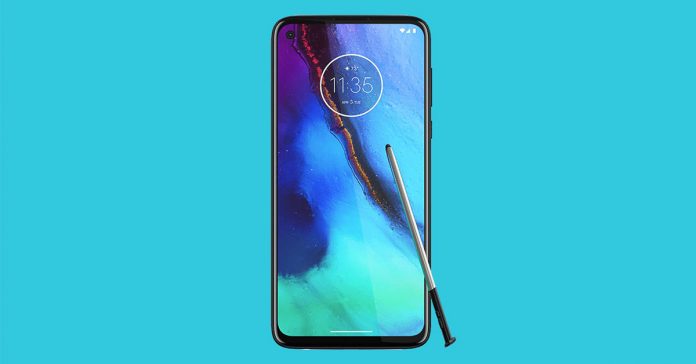 Samsung’s Note device has always been a unique offering for smartphone enthusiasts. However, it does come with a hefty cost, usually around $1000. One might argue, it’s good only because there was virtually not a single competitor providing a similar device? A device with a stylus to be specific! That’s about to change as a new player, that goes by the name of Moto G Stylus, has just been announced. It costs $299, which is a fraction of what Samsung is asking for their Note devices.

Despite currently having a mid-range lineup that is in total disarray and with only a few handful devices that can be branded as a success, Motorola is planning on going toe-to-toe against Samsung in this front with the Moto G Stylus. Moto G Stylus is Motorola’s first phone with a Stylus pen. It is not pressure sensitive as the Galaxy Note devices and it lacks the Bluetooth connectivity too, but it gets the job done. There’s a Moto Note app with which you can write down notes, sketch, and doodle. There’s a hole on the right side where the Stylus is kept.

On to the specs, there’s a triple camera setup on the back. The primary lens is a 48MP f/1.7 sensor. The second lens is a 16MP ultra-wide Action Camera that shoots smooth wide-angle videos. You cannot shoot 16MP ultrawide images though, which is strange. The third is a 2MP macro lens. In the performance department, the Moto G Stylus is powered by Qualcomm Snapdragon 665 chipset aided by 4GB RAM and 128GB eMMC storage. For the asking price of $299, I think Motorola should have gone with atleast 6GB RAM and Snapdragon 7-series chipset. They could have also offered a faster 18W charging.  So, looking at the specs, it remains unclear if just a stylus be enough from Motorola’s side to compete with the Midrange phones priced at $300.

The Moto G Stylus is priced at US$299 and will be first available in the U.S starting this spring. Availability for other markets including Nepal has not been detailed yet.