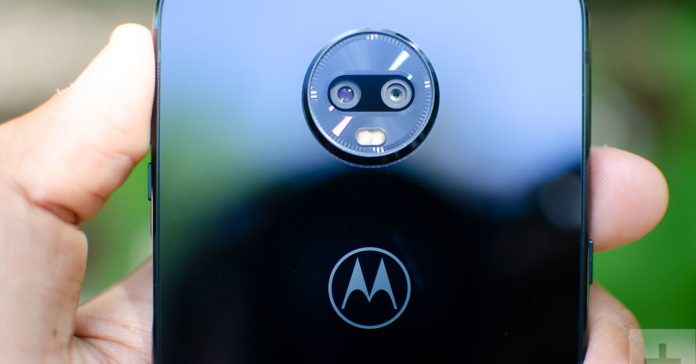 Motorola may not be the go-to name for many in the smartphone world, but it’s phones are still some of the world’s most sought after. And Motorola was expected to release their new Moto G7 series this year in the MWC (Mobile World Congress) in 2019, but it might not be so. And of course, it is very rare for smartphones to launch without some leaks and stuff. As speculated before, Motorola is going to launch 4 smartphones in the G7 series, namely, the Moto G7, Moto G7 Plus, Moto G7 Power and Moto G7 Play.

Judging by the names, the four phones might have very less difference between each of them. But here we have the specs they pack from an official listing source.

The Motorola G7 is the base model of the G7 series. It features a good sized 6.24″ IPS LCD display with a Full HD+ resolution and 19:9 aspect ratio. And standing by the norms of the latest fad, this phone comes with a water-drop notch on the display. This phone packs dual cameras at the back, which, again stands by the current trends. The dual camera setup comprises of a 12 MP primary camera with f/1.8 aperture and a 5 MP depth sensor. The selfie camera is an 8 MP sensor. Under the hood, it is powered by a Snapdragon 632 chip coupled with 4 GB RAM and 64 GB storage. The phone runs on a 3000 mAh battery.

As the name goes, it is a slightly beefier version of the Moto G7. On the outside, it looks the same with the same display and the notch. The difference lies in some of the other aspects.

It, too, has dual cameras but this one packs a slightly better camera. A 16 MP primary lens with f/1.7 aperture and a 5 MP depth sensor. Up front too, you get a 12 MP selfie camera. This one is powered by a slightly more powerful Snapdragon 636 chipset and 4 GB RAM. It runs on the same 3000 mAh battery, but for some reason, is slightly thicker than the Moto G7.

If you go by the name, it would suggest that this would be a more beefier version of the Moto G7 or the G7 Plus. But the “Power” in the name stands for the large 5000 mAh battery it packs, that can last you for more than 2 days. It is larger than the other two phones but has the same 6.24″ LCD display with 19:9 aspect ratio. But, it only comes in HD+ resolution and a regular wide notch on the screen. Camera wise, there’s only a single 12 MP camera with f/2.0 aperture and an 8 MP camera up front. A Snapdragon 632 powers the phone with 3 GB RAM, and it comes with 32 GB internal storage.

This is the most toned down version of the G7 series and it is also smaller in size. This phone comes with a 5.7″ IPS display with HD+ resolution and 19:9 aspect ratio. It also has a single 13 MP camera at the back and an 8 MP selfie camera. All the phones of the G7 series come with the latest Android 9.0 Pie. Also, all of these claim to have a rear-mounted fingerprint sensor and Motorola’s TurboCharger fast charging. The prices, however, have not been revealed as of yet. These phones should launch on February 7 in Brazil before the MWC 2019.