Home IFA 2018 Motorola One and One Power unveiled: The New G-series? We really are seeing a lot of smartphones these days – especially in the mid-range section. And after IFA 2018 in Berlin, we have quite a number of smartphones out there now. While many of those phones were already in hype, Motorola was quiet. And then bam! It unveiled the Motorola One and Motorola One Power. The Lenovo owned company, it seems, is starting a new lineup with these two phones – the Motorola One series. The Motorola One features a 5.9″ IPS LCD display with HD+ resolution and 19:9 aspect ratio, and a notch. The phone sports a glass back with a dual camera setup. It features a 13 MP primary sensor and a 2 MP depth sensor. Also, the front camera rests at an 8 MP sensor. Under the hood, a Snapdragon 625 chipset powers the phone with 4 GB of RAM. There’s also 64 GB of storage on board and 3000 mAh of battery. 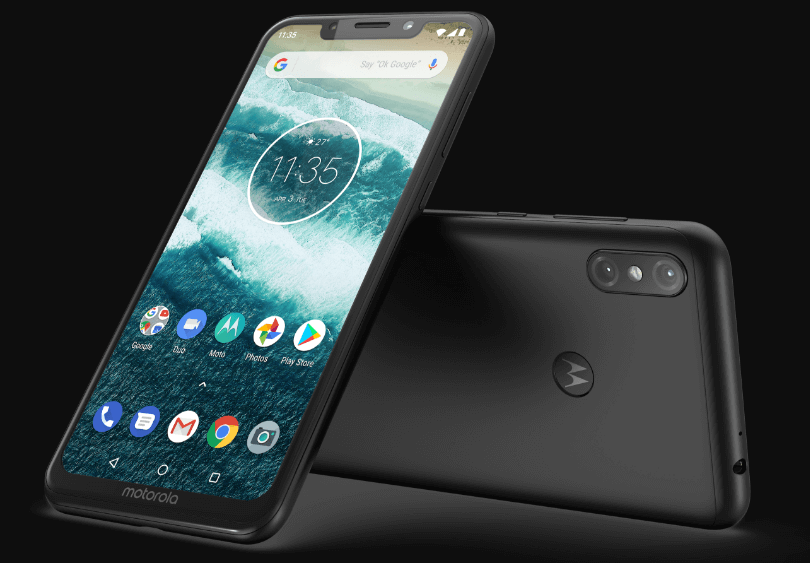 The more premium of the duo, Motorola One Power has a slightly larger of everything. It features a 6.2″ IPS LCD display with Full HD+ resolution with the same 19:9 aspect ratio. It’s pretty similar to the Motorola One in terms of design. Its dual camera rests at a 16 MP primary sensor with a 5 MP secondary lens. The front camera seems to be the same 8 MP lens. Inside, a slightly more powerful Snapdragon 636 powers the phone with 4 GB RAM. It’s also got the same 64 GB storage with 4850 mAh battery!

The specs don’t look that impressive on paper, as its nothing we haven’t seen before. But it’s Motorola we’re talking about. A brand that’s never failed to impress us before. In addition, with Android One on both of them, they might be up to something. Also, these will be among the first in line to receive Android 9.0 Pie updates! Both the phones should be available in October in Europe, Asia Pacific and South American regions.