After months of experimenting, Netflix has finally launched the “Downloads for You” feature for Android users. The new feature automatically downloads content that it thinks you will like when the phone has access to Wi-Fi. In this post, we will be taking a look at the new feature and how you can make use of it.

Netflix “Downloads For You” Overview:

The new “Downloads For You” is an extension of the Download feature that was originally launched three years ago. Originally, it allowed users to download their movies and series of their choice for offline viewing. In 2019, the company updated it to a smart feature that deleted the episodes you have already watched and download the next episodes. Since then, it has been calling the feature Smart Downloads. The new Downloads For You is just an addition to the Smart Downloads. The Downloads For You under the Netflix app will automatically downloads recommended movies and shows.

Setting up Downloads For You

Users need to manually activate the feature. For this, head to the Downloads tab and choose the Downloads For You option. Then, you will have to choose the amount of content that you want to download (represented in GB) and click on the turn on. After this, Netflix will download recommended content whenever your phone has access to a Wi-Fi network. Once you have gone through the downloaded titles, you can delete them to make room for other titles. 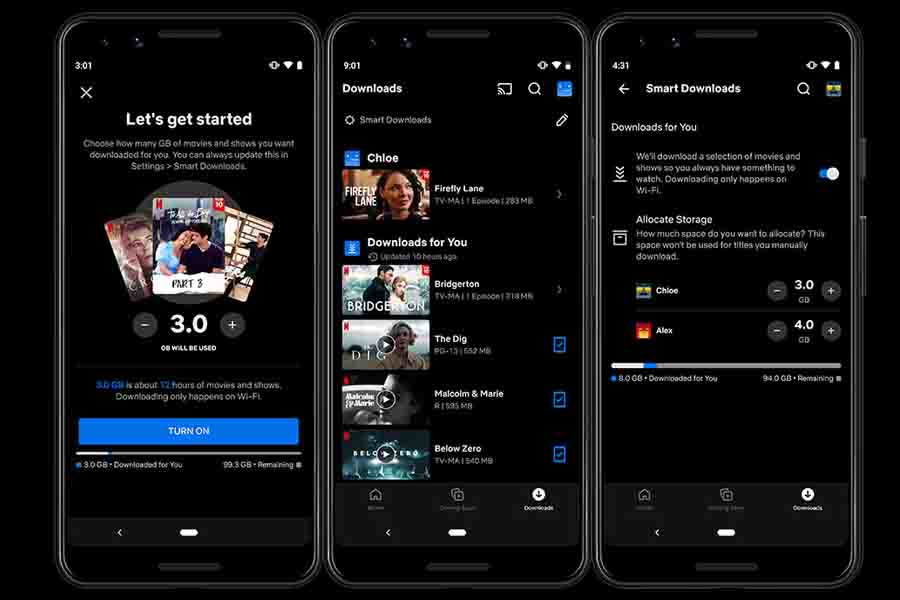 Use Case and Limitations

Users will be able to download from anything from the catalog not just Netflix Originals under the Downloads For You. But as TechCrunch has pointed out in its report, there could be download limitations due to licensing on some titles.

The new feature will be helpful to people who are always on the run and sometimes find themselves in places without reliable internet access. You can say that the feature is targeted at emerging markets like South Asia. As of now, the feature is available for Android users only. iOS users will have to wait longer to use it.

So what do you think of the new Downloads For You feature from Netflix? Will you be using it? Let us know with your comments below.