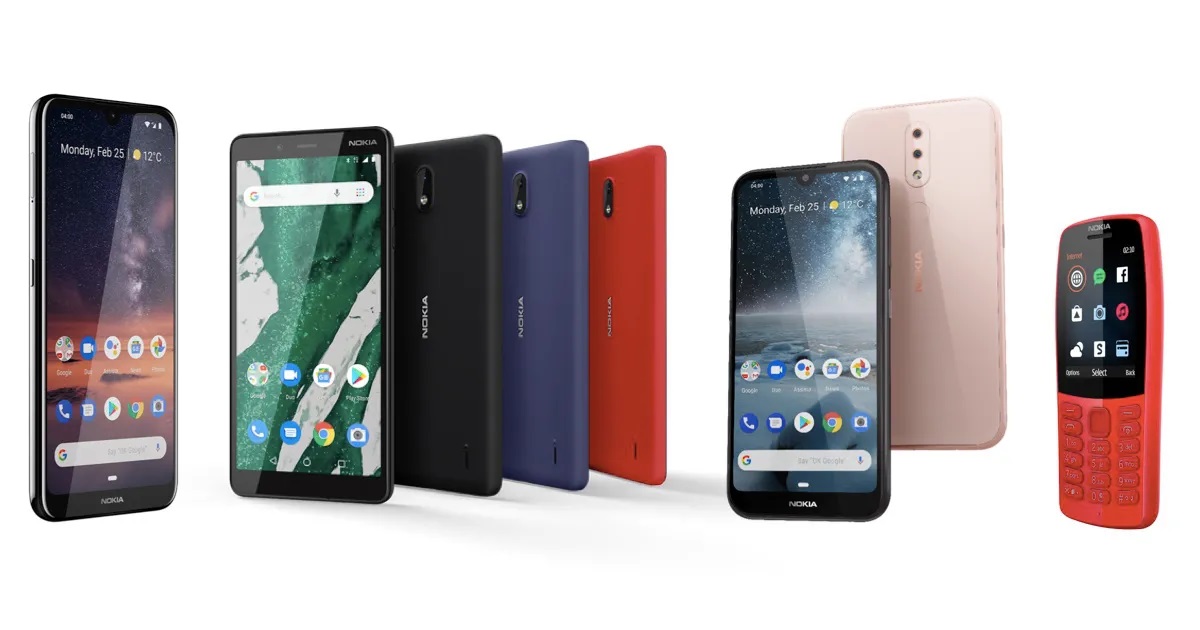 Nokia 9 PureView is one of the showstoppers of the MWC 2019 event. The phone packs an awe-inspiring five cameras at the back. And is the first smartphone to do so. But that’s not all about Nokia in the grand Mobile World Congress event, the smartphone maker also unveiled four other mobile devices. Among the bunch, the Nokia 4.2, Nokia 3.2, and the Nokia 1 Plus are the budget-centric smartphones whereas the Nokia 210 is a bar phone.

And talking about the Nokia 210 feature phone, the handset looks quite sturdy in its toughened plastic attire. The phone packs a 2.4-inch QVGA color display with a clicky number pad beneath it. With the small QVGA display and a numpad, the phone looks antiquated. But unlike most of the retro phones, the Nokia 210 houses a 0.3MP rear camera at its back. The camera on the back is accompanied by an LED flash. Nokia 1 Plus is the successor to the Nokia 1, which was launched last year. The phone comes with a 5.45-inch display, which is taller than the last year’s Nokia 1. Although the hype of 18:9 aspect ratio is no longer the same in the smartphone market, Nokia has yet implemented that display form factor in its budget offering.

The phone also comes with Android Go version of the Android Pie out of the box. And being the Android Go device, the phone will also receive regular updates and security patches. Other than that, the Nokia 1 Plus comes with an 8MP rear camera, 5MP front camera, and a decent 2500mAh battery. It features 6.26-inch display, which makes it taller than both the Nokia 3.1 and 3.1 Plus. On the top of its display, the Nokia 3.2 also features a tiny water drop style notch. The notch houses an 8MP selfie shooter, which also doubles as a Biometric authentication tool while unlocking the device via Face unlock feature. On the back, resides a 13MP shooter, which is accompanied by an LED flash.

On the performance front, the Nokia 3.2 has got a new Snapdragon 429 chipset. In terms of memory, the phone comes in two variants: one with 2GB RAM and 16GB of onboard memory whereas the other one comes with 3GB RAM and 32GB of internal storage. And the good thing about the higher memory variant is that the phone also comes aboard with a rear-mounted fingerprint scanner, which lacks on the 2/16GB variant. 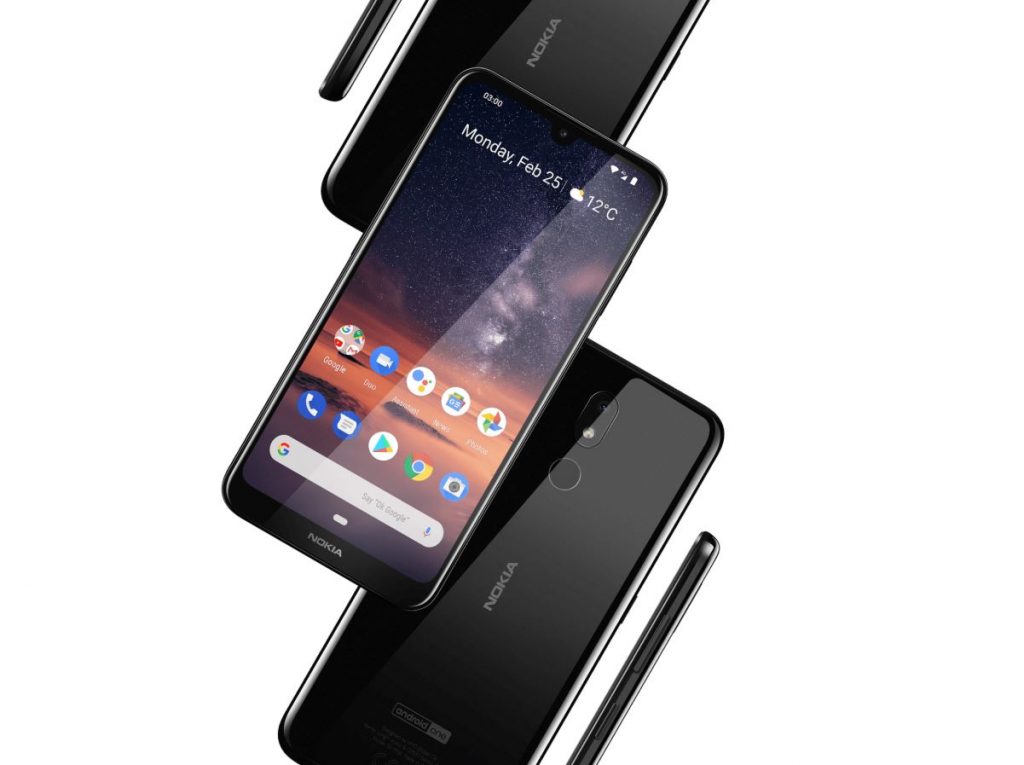 The phone comes with a sizeable 4000mAh battery and boots with Android Pie right out of the box.

Among four of the budget-friendly devices unveiled in the event, the Nokia 4.2 is the most premium one. Not just on the price, the Nokia 4.2 looks premium in the design and looks side as well. The phone comes wrapped with glass both on the front and on the back. And polycarbonate material has been used on the frame.

Standing out from the rest of the budget smartphones, the Nokia 4.2 also comes with dual camera setup at the back. The phone houses a 13MP and 2MP camera duo at the back. It means that the phone is capable of capturing portrait images as well. On the front lies an 8MP selfie shooter. The selfie camera resides meticulously on the notch, which resides atop of the 5.71-inch HD+ display. 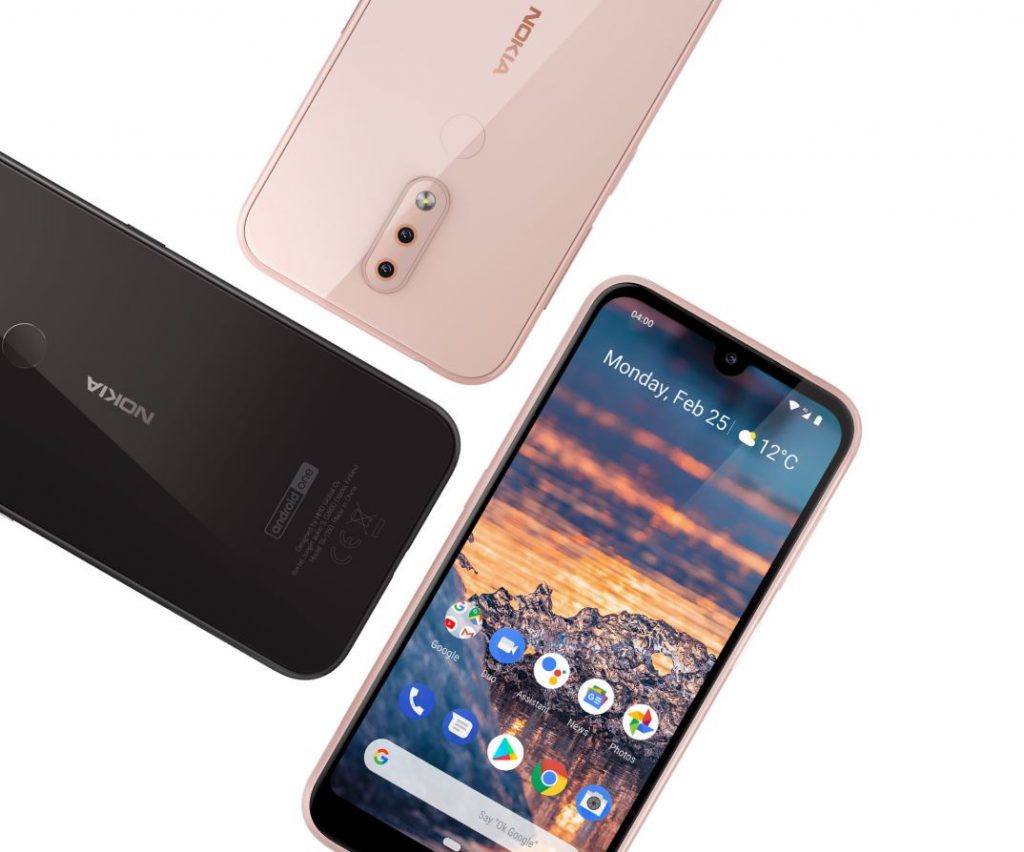 The phone is powered by Snapdragon 439 chipset, which we saw on the recently launched Vivo Y95 as well. And just like the Nokia 1 Plus and Nokia 3.2, Nokia 4.2 also comes with Android Pie on the software front. Being an Android One device, the Nokia 4.2 also gets regular software updates and security patches from Google. As far as the battery is concerned, a 3000mAh non-removable battery keeps the device all juiced up.