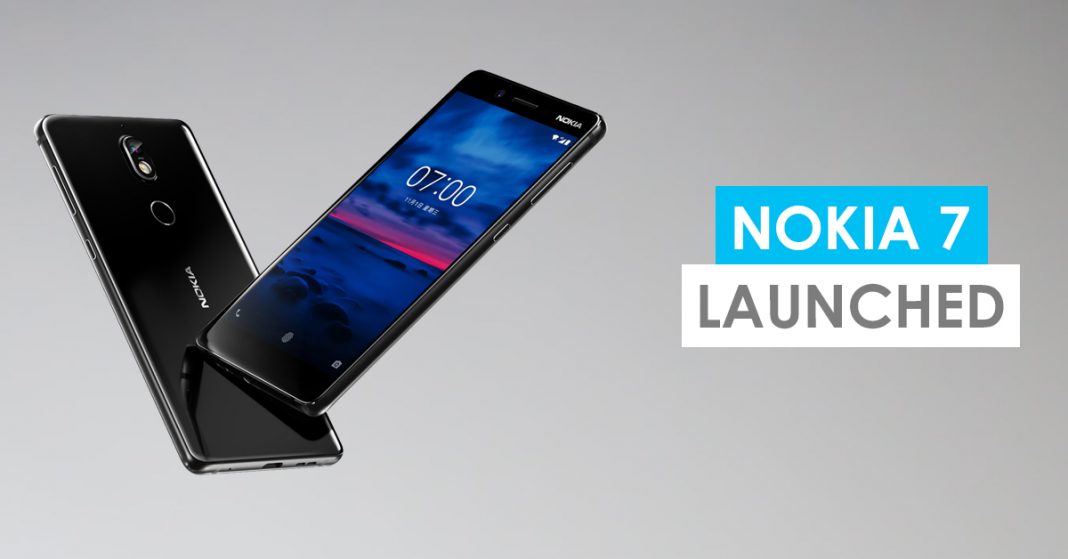 HMD Global, the home of Nokia smartphones, recently added a missing puzzle to its growing smartphone arsenal as the company recently launched a new smartphone. The Nokia 7 is a mid-range smartphone with a glass back – the first on any Nokia mobile phone.

After the launch of the flagship Nokia 8, HMD Global has launched the Nokia 7 which features specifications a mid-ranger from 2017 has. Under the hood, the Nokia 7 has an Octa-core Qualcomm Snapdragon 630 processor with a clock speed of 2.2 GHz. Assisting the processor in running the show is 4 or 6 GB of RAM, according to the desire of a buyer. The price tag of this smartphone has also been determined according to the variant of RAM it possesses.

In the optics department, HMD Global is advertising the Nokia 7’s “bothie” camera, which is just a glorified name for a mode that lets you take pictures from rear-facing and front-facing cameras at the same time and stitch them together. In terms of number, the device is embedded with a 16-megapixel rear-facing camera with Carl Zeiss optics, f/1.8 aperture and dual tone LED flash. The front-facing selfie shooter has an 8-megapixel lens with f/2.0 aperture.

As far as the display is concerned, the Nokia 7 comes with 5.2-inch full HD IPS LCD traditional display. This display is covered by Corning Gorilla Glass 3. In terms of software, the Nokia 7 runs on Android 7.1.1 Nougat right out of the box with Android Oreo already promised. The Nokia 7 also has an IP certification, albeit it’s only against splash and dust (IP54). The device is backed by a decent 3,000 mAh battery which can be charged up via a Type-C connector. So, this device is somewhat future proof.

Nepal launch: The Nokia 7 is expected to make its way into Nepal in early 2018. It will carry a price tag similar to that in the international market.