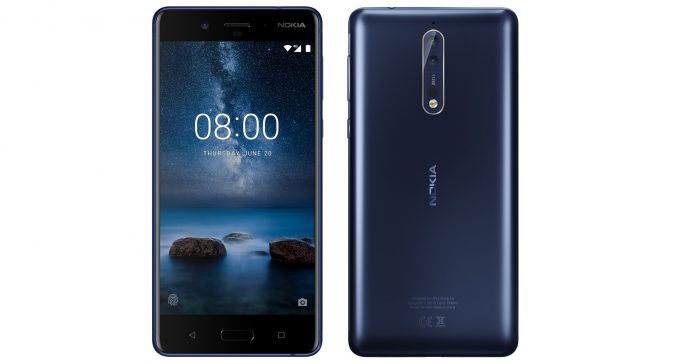 With the intolerable downfall with the production of Windows phone, Nokia broke allies with Microsoft and collaborated with HMD Global. After the partnership with HMD Global, Nokia 3, Nokia 5 and Nokia 6 were brought onto the market, which was favored by the Android OS. The devices were mid-rangers, which may be the company’s way to announce its revival or may be an appetizer for Nokia’s fandom. Now, Nokia is halting the mid-range gimmicks and is on the verge of bringing its first ever Android flagship (or so it seems from the leaks). With the leaks considered, the newbie will be called Nokia 8, which be having Dual-camera setup.

The unofficially leaked images showed Dual-camera setup on the newbie placed in a vertical configuration. The image also clearly shows the Zeiss branding hinting the use of Carl Zeiss optics on the device. Since the leaks being unofficial, nothing can be claimed. However, if the images are to be considered, the new Nokia 8 will have thick bezels on the top and the bottom.

The phone is expected to launch on July 31 with the pricing around €600. Following the leaks and rumor roundabouts, Nokia 8 will have a 5.3-inch screen with QHD resolution, Qualcomm’s high-end Snapdragon 835 processor, RAM variants of 4GB or 6GB and 13MP Zeiss Dual-camera. The phone will supposedly be Android 7.1.1 Nougat powered with the UI close to stock Android.