Teletalk Pvt. Ltd, the authorized importer of Nokia smartphones in Nepal, has announced a budget-oriented Nokia C2 in Nepal. Nokia has been launching some good entry-level phones lately, and the Nokia C2 follows the same trend of offering decent specs at an affordable price.

At first glance, one can’t distinguish between Nokia C2 and its predecessor as the design has remained unchanged. Nokia C2 stands a little taller due to its 5.7-inch display. The HD+ IPS panel boasts an aspect ratio of 18:9. Other than that, other design features have remained the same including the polycarbonate body, thick bezels around the screen, camera and button placements, and the dedicated Google Assistant button.

Under the hood, the device packs in a 1.4Ghz Unisoc chipset (28nm) which is coupled with 1GB of RAM and 16GB of internal storage. It isn’t a powerful setup so to balance things out Nokia has loaded the device with Android 9 Pie (Go edition). It might handle normal usage but don’t expect too much from the device as it is clearly targetted at first-time users. 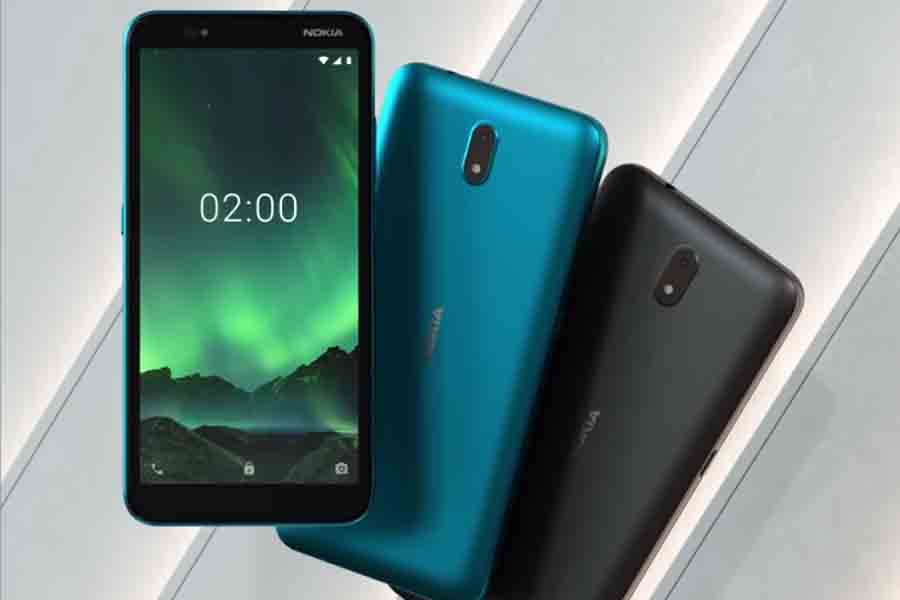 The device comes with a 5MP camera at the back. The camera bump at the top center houses both the sensor and an LED flash. The setup may sound similar to that of Nokia C1 but the sensor, here, comes with a smaller aperture of f/2.2. For selfies, Nokia has included another 5MP sensor on the front. This one too has an LED flash accompanying it.

Nokia has bumped the battery capacity from 2,500mAh to 2,800mAh which would be enough given the specs of the device. It can be charged using a 5W charger provided inside the box. At this price range, we are not surprised by the MicroUSB port. Unlike its predecessor, Nokia C2 comes with 4G connectivity. It is quite an upgrade as the 4G in Nepal is now on a rise. Other connectivity options include Wi-Fi, Bluetooth, triple card slot (including a MicroSD slot).

The official price of the Nokia C2 price in Nepal is Rs. 9,299. You can purchase the phone from mobile retail shops all over Nepal starting June 14, 2020.