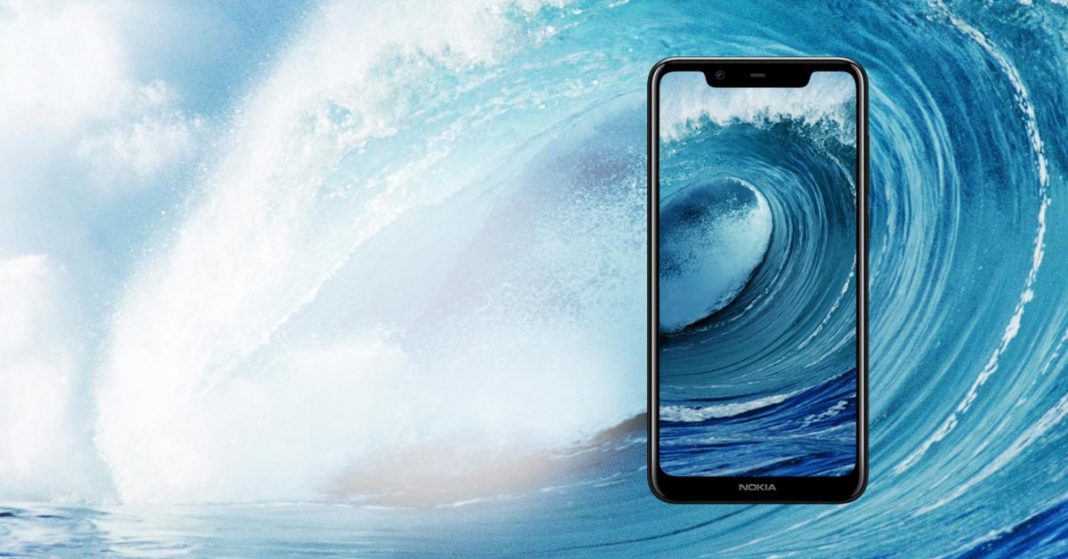 Since 2017, we have seen almost all the smartphone brands following the bandwagon of slimming the bezels. Since removing the bezels altogether had been a bigger challenge in the smartphone industry, most of the smartphone brands are opting to leave a notch to adjust the front camera, earpiece, and other necessary sensors. Started by Essential PH-1 phone and seconded by the iPhone X, this trend spread like a wildfire. And Nokia seems to be pretty much impressed with this concept in the recent days. A few months back, Nokia revealed the Nokia X6, which had a notch on its display. With a view to expanding its X-series, this time Nokia launched the Nokia X5 aka Nokia 5.1 Plus, which too comes with a notched display and dual camera setup at the back.

Nokia X5 comes in an all-alluring body in a thickness of 8mm and weighing 160 grams. The handset comes with an adorable 5.86-inch display with an infamous notch on the top. The notch is slightly wider than what we see on the Nokia X6, however, the region for this notch expansion has not yet been divulged. Talking about the resolution, the Nokia 5.1 Plus features an HD+ resolution in 19:9 aspect ratio. Powering the phone is a MediaTek Helio P60 chipset accompanied by either 3GB or 4GB of RAM. Helio P60 is a powerful yet power efficient chipset, which can also be found on the Oppo F7, Oppo F7 Youth, and Oppo RealMe 1. When we review the Oppo F7, the performance offered by the chipset thoroughly impressed us. And we can expect a similar performance from the Nokia X5 too. Talking about the onboard storage, the base variant boasts a decent 32GB and the premium variant enjoys an ample 64GB. 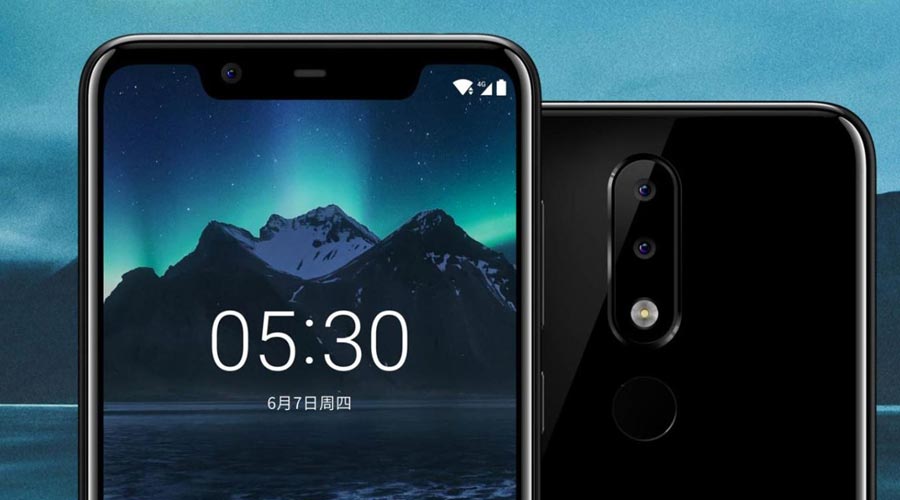 In the photography department, the handset sports a dual camera setup at the back. Nokia had provided only a single camera on the Nokia 5.1 and Nokia 6.1 (Nokia 6 2018). But this time, the smartphone maker has tried to sprinkle a premium handset by providing dual camera on its budget handset. The setup embraces a primary camera of 13MP, f/2.0 supported by a 5MP secondary camera to inject the depth details in the portrait images. And for the selfies, Nokia has equipped an AI-powered 8MP camera on the front. The selfie shooter has the features like AI beauty, AI stickers, AI background blurring effect and dual-view shooting mode also known as ‘Bothie’. Bothie allows users to use the front camera and rear cameras at the same time. It basically embeds the subject information from both the cameras in a single photo. In addition, Nokia X5 will use this selfie shooter while unlocking the handset through the Face Unlock feature. The Nokia X5 includes a 3060mAh battery and comes in three color variants: namely Blue, Black, and White. On the software side, the phone relishes the Stock or the unadulterated version of the Android Oreo. Google has also promised the Android Pistachio (V9) update to the handset and other regular software patches.

The smartphone entered the Chinese market with the price tag of CNY 999 ($149) for the 3/32GB and CNY 1,399 ($208) for the 4/64GB variant. The handset is available for pre-order in China on the Chinese online retailers like Suning, Jingdong, Tmall and also on the Nokia Mobile app store. The sale will begin at 10:00 AM local time in China.

A lot of appealing features in a budget price segment, the Nokia X5 is obviously a desirable phone even outside China. However, HMD Global has not dropped any information regarding the launch of the handset outside China. However, according to the rumors, the smartphone will supposedly go on sale outside of China in the name of Nokia 5.1 plus.