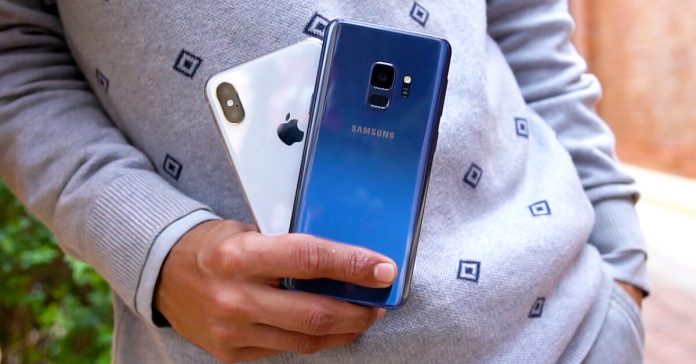 What are Dual camera smartphones?

In case of smartphones with dual camera setup, dual camera resides vertically or horizontally either on the front side or on the back panel or on both sides. Such setup essentially requires two lenses with a separate image sensor or film frame for each lens. Among the two cameras, the primary camera works like a normal or ordinary camera: it takes regular images. The secondary camera, however, gathers further information and the software blends the information from both cameras to produce images of fine quality and plenty of details.

What is the purpose of Dual Camera on smartphones?

A DSLR can produce vibrant shots with plenty of details with a mere presence of single lens then why does a smartphone need a dual camera for the same purpose? This could be the bewilderment amongst the most. To explain in simple terms, DSLRs are equipped with a large aperture, big lens and large sensor, which make them of capable of incarcerating adequate light and plenty of details during the shots. But in the smartphones, providing such components only make it massive and probably impossible to fit in the pockets. And the battery power devoured by such setup is beyond imaginable. So the concept of the dual camera came as an alternative, where the details collected from two cameras blend to form one image resembling more or less like a DSLR output.

Some Applications of Dual-camera Setup on Smartphones

Back in 2011, when 3D was growing as a thing, LG Optimus 3D and HTC Evo 3D came with dual-camera setup capable of bringing 3D sensation on the videos and photos captured. Both the smartphones were the same technique used by the regular 3D cameras. The basic principle underlying the technique is to use the different perspective of dual-camera and create a sense of depth on images. When the subject information (primary camera) and depth information (secondary camera) blends into a single image/video, the 3D output can be obtained.

The technique involved here is alike to the 3D dual-camera setup. The primary camera captures details of the subject in focus. And the secondary camera garners the depth information of the components in the frame: segregating foreground and background according to distance. This feature allows capturing nifty portraits with Bokeh Effects (foreground focused and background blurred). This setup was employed on HTC One M8, where 4-Megapixel UltraPixel acted as primary sensor and the 2-megapixel sensor was employed to summon depth information onto the images.

Huawei entered the dual-camera game with the launch of Huawei P9 and P9 Plus partnering with Leica. The technology used on the device was quite unique. Among the two cameras, one was employed to capture monochrome (B/W) image. However, another one was used to fill in Colors (RGB) to complete the image. Huawei continued to provide similar setup on Huawei GR5 2017, Huawei P10 and P10 Plus. CoolPad Cool1 and Nokia 8 also followed the same bandwagon.

In this technology, both cameras are quite identical in specs. In this technology, monochrome sensors summons plenty of details. Since the pixels in the monochrome sensor get triggered in little or low lights, the incarcerating of details is quite impressive. The other sensor (RGB) has the sole purpose to bring in colors. So the colors are unadulterated and natural. And the information collected so far from both the sensors combines into one with the software manipulation. As the Monochrome sensor garners plenty of details with the RGB sensor filling in colors, the end results are quite imposing.

This approach of dual-camera setup entered the tech world with the launch of LG G5 last year. And LG continued to provide similar setup on the LG G6 this year. This technology is quite straightforward. The two cameras work together to increase the field of view and to bring in wide prospects. With the single lens system, the field of view limits lower values. But with LG G5’s dual-camera setup, the field of view increased to an astounding 135-degrees. So with a similar setup on your smartphone, you won’t have to worry to be missed out on images even if you are being shot among a large group of people.

This setup is prevailing amongst a large number of smartphones these days. In this system, the secondary camera has a larger focal length as compared to the primary. This setup is unique to that of wide angle as this setup focuses on the lossless optical zooming. Distant objects can be brought to the frame without losing the image quality. This type of setup also has great insights on the depth sensing and brings out exquisite Bokeh effects. However, in this setup, the primary camera acts as a depth sensor. This type of setup can be found on iPhone 7 Plus, iPhone 8 Plus, OnePlus 5, Samsung Galaxy Note 8, Xiaomi MI A1, etc.

With the smartphones focusing on Bokeh and zooming with the dual-camera, Lenovo Phab 2 Pro and Asus ZenFone AR come with an entirely new concept. The aforementioned smartphones serve as a foundation to Google Tango Project driving the tech world towards the Augmented Reality (AR). With this setup, the smartphone will be capable of knowing where everything sits in a 3D environment around it: the basic principle behind a lot of AR and VR content. These smartphones serve its use on the 3D mapping of rooms, scanning rooms and inserting objects to evaluate the real-life scenario, etc.

Although the dual-camera smartphones are in the race to rival the DSLRs, one thing is to be kept in mind is that DSLRs are employed with a large sensor, wide aperture, large pixel, and large sensor size, etc. So with such setup, zooming and effects are natural. Portraits shots and Bokeh effects are natural with increasing blurs with the increase in distance. However, with dual-camera setup, because of the depth-sensing, the foreground and the background can be segregated but the blurring of the background is entirely through the software. And seems to possess quite unnatural intensity.

Is two camera better than one?

If you are more of a kind to apply effects with switching modes while taking the shots, then dual-camera smartphones can be ideal for you. If you love traveling or visiting places then having a wide-angle camera as a companion turns out to be fruitful. For those, who are indulged into taking portraits and showcase into social media, the Telephoto camera would be the better choice. But if you love natural shots without artsy effects, the single-camera works perfectly fine.

In the answer to the question, burrowing the results from the popular camera benchmark test, DXoMark, two years back HTC U11 (single camera) surpassed the dual camera smartphones like iPhone 7 Plus, LG G5 and Huawei P9. Similarly, last year’s Google Pixel 2/2XL (single camera) has surpassed dual camera smartphones like iPhone 8 Plus and Samsung Galaxy Note 8. So we can conclude that with the use of good sensor and lens, the single-camera lens can capture superior quality shots. And as the dual-camera technology is in developing phase, we can expect better results in the coming years.

Smartphones with Dual-camera available in Nepal