Before getting into FidelityFX 2.0, let’s learn a bit about its predecessor. The FSR 1.0 is a straightforward spatial upscaling technology that works with the current frame to produce a higher resolution image. This technique, however, has limitations of its own. 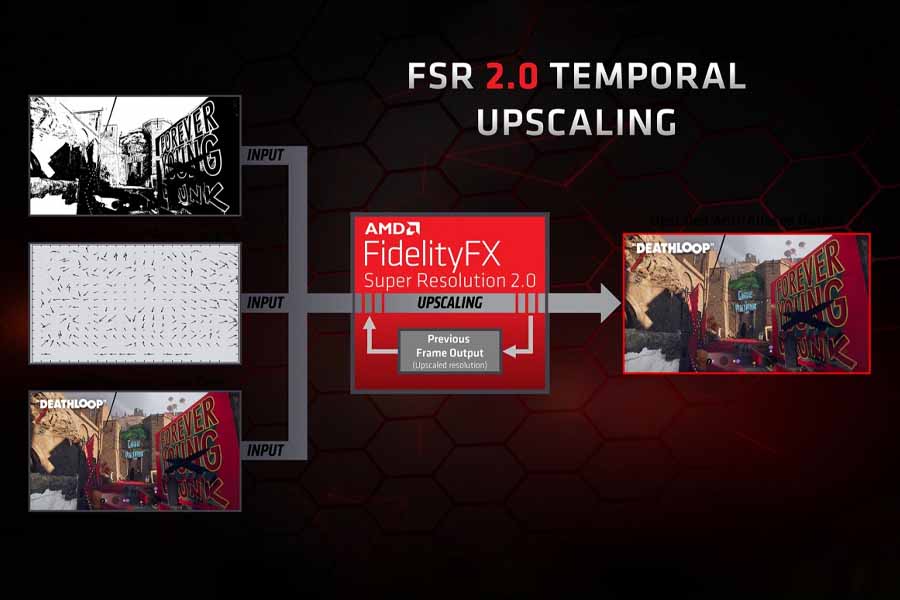 FSR 2.0 addresses these two shortcomings extensively. The new approach moves away from spatial upscaling and toward temporal image reconstruction. It employs frame color, depth, motion vectors, and data from prior frames to recreate a high-resolution image. Likewise, it no longer needs to rely on the game’s in-built aliasing, since it includes its own anti-aliasing solution which ensures more consistent image quality.

In a nutshell, it works on an almost similar principle as the new Nvidia’s DLSS 2.0 and Intel’s XeSS. However, both of these solutions rely on AI and machine learning algorithms to rebuild the image, which requires hardware-level assistance. FSR 2.0, on the other hand, doesn’t include an AI or ML component. This means it’s also compatible with GPUs from Nvidia and Intel. The company has also shown off its work on the DeathLoop game, which will be among the first title to include this feature. As one can clearly see, the FSR 2.0 keeps more details and depth in the visuals in the game’s Ultra graphics preset than the FSR 1.0 and native 4K resolution.

FSR 2.0 will be compatible with all devices that currently support FSR 1.0. Just as the first-generation FideltyFX, it can also be used in PCs, consoles, and even mobile devices. AMD FidelityFX Super Resolution 2.0 is expected to be rolled out in the second quarter of 2022.