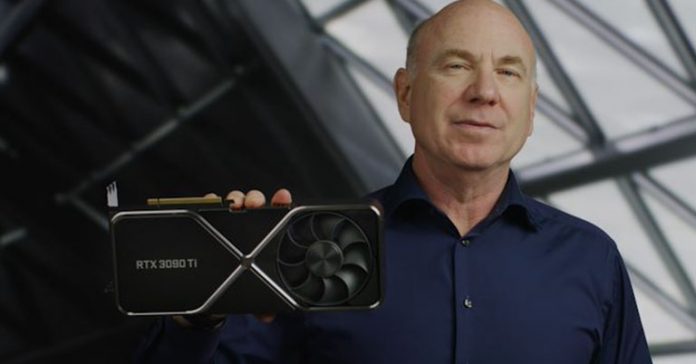 Towards the end of NVIDIA’s keynote on the ongoing CES 2022, the company teased the arrival of its upcoming flagship big ferocious graphics card (BFGPU). The new NVIDIA GeForce RTX 3090 Ti builds on the RTX 3090 to become the company’s most powerful desktop graphics card yet.

To start with, NVIDIA has only briefly teased RTX 3090 Ti for now. Thus, not much is known about it except that it will be the most advanced card in the GeForce RTX 30-series.

We can only guess, but it looks like NVIDIA has activated all of GA102’s 84 streaming multiprocessors here. In addition, it’s rumored to have a 10% higher GPU clock speed than that of RTX 3090. There are also rumors that RTX 3090 Ti will have a TGP of 450W, and it will require a Power Supply Unit (PSU) of 1000W.

We will learn more about the RTX 3090 Ti later this month when it will be officially launched. There is no information about the pricing for now. Given that the RTX 3090 debuted with a Retail Recommended Price (RRP) of USD 1,500, it won’t be surprising if the RTX 3090 Ti hits the USD 2,000 mark.