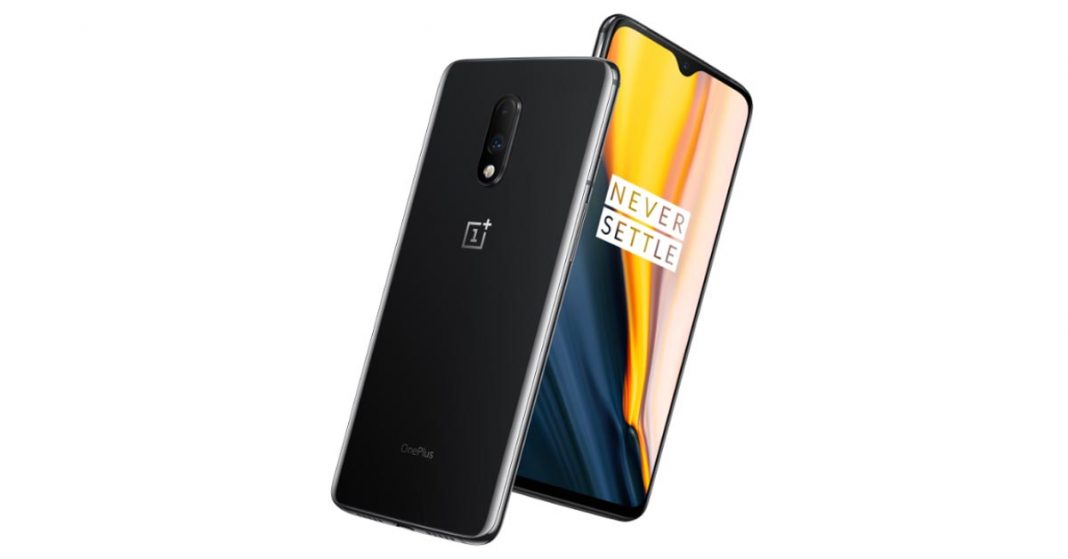 OnePlus’s strategy, this time around, focused mostly on the OnePlus 7 Pro. The phone launched first, before the actual OnePlus 7, and made a name for itself. But it’s price had people talking about whether it was still a flagship killer… And frankly, I thought it was not one now, either. However, maybe the OnePlus 7 is the true flagship killer? Anyways, let’s learn more about Oneplus 7 and its price in Nepal.

OnePlus 7 is the toned-down variant of the Pro. While most of the internals remain the same, a lot of the features fall short. This makes it look like an upgraded version of the Oneplus 6T actually.

Starting off with the aesthetics, the OnePlus 7 is smaller, at 6.41″ display, with Full HD+ resolution compared to QHD of the Pro. Also, it doesn’t get the 90 Hz Fluid display of the Pro but the regular 60 Hz. However, it still features the Gorilla Glass 6 protection. Another compromise is the camera and it’s a major one! While flagships these days have a triple camera, the OnePlus 7 doesn’t. On top, its dual-camera setup comprises a primary lens and a depth sensor, which, you find on almost all kinds of smartphones these days. So, I’m not sure you can even call this a flagship phone now. In addition, it doesn’t have the fancy pop-up cameras, either. And it’s notch houses the 16 MP selfie camera, which is the same on the pop-up module, as well.

However, it doesn’t compromise on power. It rocks the Snapdragon 855 processor with two RAM variants – a 6 GB and an 8 GB model. However, you only get the 8 GB model in Nepal. Also, it features the in-display fingerprint sensor on it.

In terms of battery, it again has a smaller 3700 mAh battery and the slightly slower 20-Watt Fast Charging. OnePlus still calls it Warp Charging, but it’s not as fast as the one on OnePlus 7 Pro.

So, OnePlus 7 is a mixed bag of emotions. I’m not sure if we can call it a flagship even, and while it is a value for money device, it’s just not all the way up there.