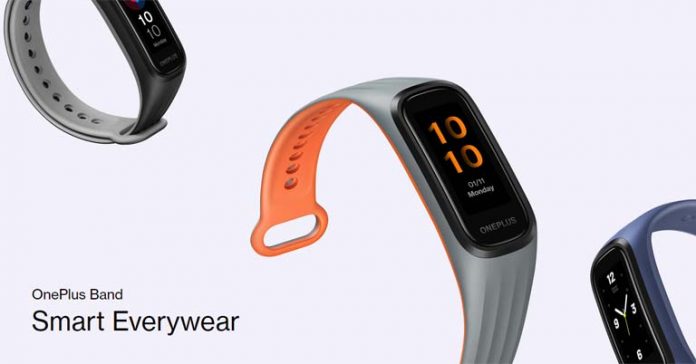 In 2020, we saw smartphone brands like Realme and Oppo enter the fitness band market. And now, another brand under the BBK Electronics umbrella has announced a fitness band of its own. The company I’m referring to is OnePlus and the product on focus is the OnePlus Band. In this post, we will be taking a look at all the specs, features, expected price, and availability of the OnePlus Band in Nepal.

OnePlus Band sports a 1.1” touch-enabled AMOLED panel with 126 x 294 resolution. It looks similar to Mi Smart Band 5 but the latter has a more rounded display. There is OnePlus branding on the bottom of the screen to differentiate it from the Oppo Band that it shares most of the features with. The watch comes with both 5ATM and IP68 rating. OnePlus Band has three color options for its straps – Black, Tangerine Gray, and Navy. The strap here has a dual-color design. OnePlus will ship the band with a black strap. However, users can buy different colored strap of their choice.

Like most of the budget fitness bands these days it will come with 24/7 heart rate monitoring and sleep tracking. It will also be able to measure your blood oxygen saturation (SpO2) level. This gives OnePlus Band an edge over trackers like Mi Smart Band 5 and Realme Band. Similarly, the OnePlus Band supports up to 13 different exercise modes including yoga and pool swimming. 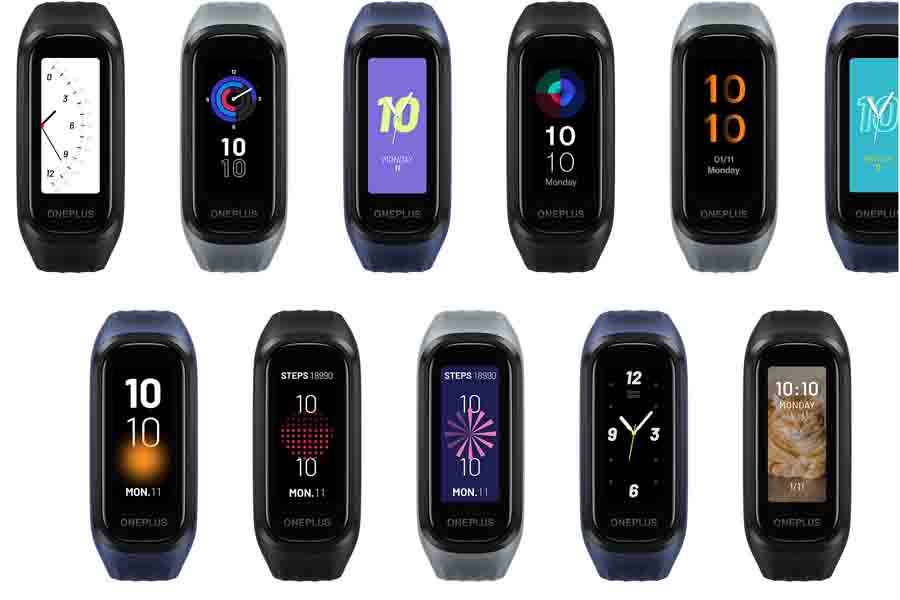 OnePlus Band has Bluetooth LE 5.0 support. Similarly, you will be able to use it with any phone running Android 6.0. iPhone users will have to wait longer for iOS support. The band supports three languages – English, Hindi, and Chinese. Other features include notification, call alert, music playback control, remote camera shutter, and Find My Phone.

Here, the OnePlus Band weighs around 22.6 grams with the strap. It comes with a 100mAh battery that the company has rated for 14 days.

OnePlus Band has been announced in India for a price tag of INR 2,499, while additional straps cost INR 399 each. It will be available for purchase from Amazon India starting from January 13th. We expect the price of the OnePlus Band to be around NPR 4,500 if and when it launches in Nepal.