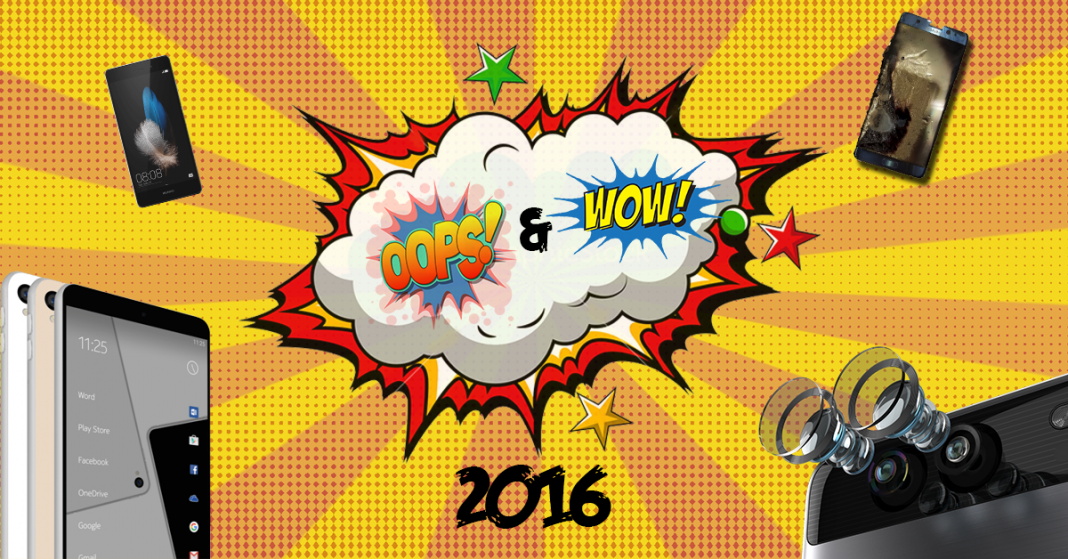 Every setting sun is bringing us a day closer to 2017. As 2016 is coming to an end, we decided to make a flashback to review the year.  And here we will be discussing the oops and wows in smartphone technology, we encountered so far in 2016. With the introduction of Earpods with the lightning connector, apple decided to cut the journey with 3.5mm headphone jack. Apple faced controversy for this decision; however, Apple put forward the word “courage” as an answer.  Apple publicizes this tantrum as a revolution in audio technology, however, there was nothing much of change to called it a revolution. The only change Earpods got was the connecting jack, though Apple levied a whopping amount of $29.50 for it.

Surprisingly courage is not the answer why Apple kill 3.5mm headphone jack. One of the reasons why headphone jack departed from Apple is that the lightning port is proprietary to Apple. So if a third party makes that accessory, they have to pay for it. It is a direct revenue stream for Apple. Falling under this greed, Apple kills 3.5mm headphone jack from iPhone 7 and 7 plus which have made the users inconvenient to listen to music through the Earpods while charging; as the charger and Earpods use the same slot.

Formerly known as Research in Motion (RIM), Blackberry Limited was the first smartphone vendor in the world, specializing in secure communications and mobile productivity. Until 2013, Blackberry had a dominant position in smartphone market share. However, with the peaking of consumers’ craze in Android phones and iPhones, Blackberry devices were slowly swept from the race. Traditionally, Blackberry devices were relying on Blackberry OS developed by Blackberry Limited. To keep its winning streaks on, BlackBerry decided to get rid of its obsolete OS. So in 2013, Blackberry introduced BlackBerry 10, a major revamp of the platform based on QNX operating system. With BB10 as OS, Blackberry released BlackBerry Z10, BlackBerry Q10, BlackBerry Classic, BlackBerry Passport, and the BlackBerry Leap. However, in the Android and iOS dominated smartphone community, BB10 does not turn out to bring an acute taste. In 2015, BlackBerry re-focused its business strategy and began to release Android-based smartphones, beginning with the BlackBerry Priv slider and then the BlackBerry DTEK50. Though having Android OS on its system, Blackberry failed to entice the consumer. So being fed up with the futile attempts, on September 28, 2016, Blackberry announced it would cease designing its own phones in favor of outsourcing to partners.

4. Scam of the cheapest phone

Ringing Bells Company announced Freedom 251 as the cheapest phone costing a mere amount of $3.64 (Indian Rs. 251) in February 2016. The news put everyone in astonishment. When even the low-end devices are costing the price of 50$ and above, the $3.64 announcement sounded fishy. At the end, Freedom 251 turned out to be a scam. The initially marketed Freedom 251 turned out to be Adkom Ikon 4, which costs a price around $55. Actually, the device was found in disguise with the application of whitener on the Adcom logo. 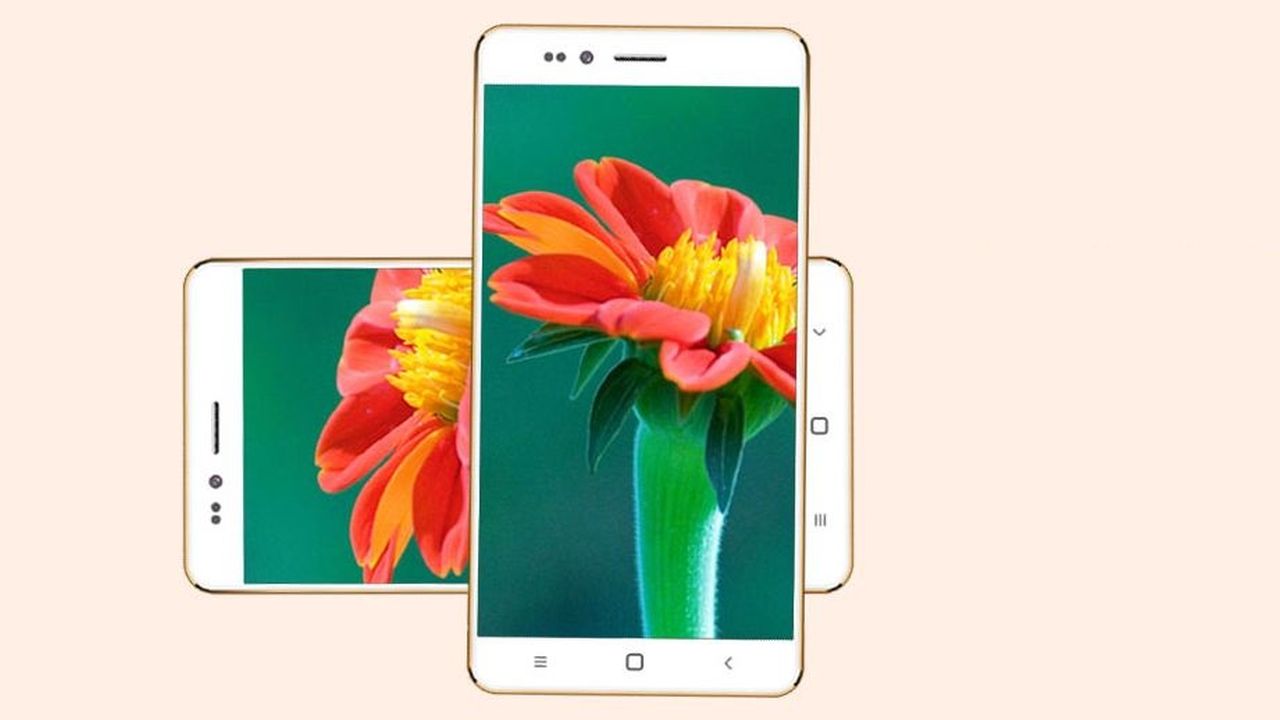 As Adkom device exposed under the veil of Freedom 251, Sanjeev Bhatia, founder and Chairman of Adcom, was found saying in a statement. “To clear the air, I would like to underline a few facts pertaining to case, as this scam exhibits the potential of maligning our brand name Adcom, which is our trademark since 2001.”

The price issue of the device brought a lot of suspicions since the amount of the device mentioned was sufficient just to buy the charger. Ringing Bells also suffered from the investigations as the Noida Police registered a FIR on them. The Chinese manufacturer Adkom does not make an abrupt legal move though they mentioned their unawareness about the use of their brand and product by the Ringing Bells.

Is not it great if your smartphone lets you communicate with people, listen to music, surf internet, take photos and even save your life? This could be everyone’s dream and this dream came out to be true in 2016. The device, which took the bullet and saved its owner’s life is Huawei P8 Lite. Huawei P8 Lite is the predecessor to the P9 Lite, which received a price drop in Nepal a few days back. 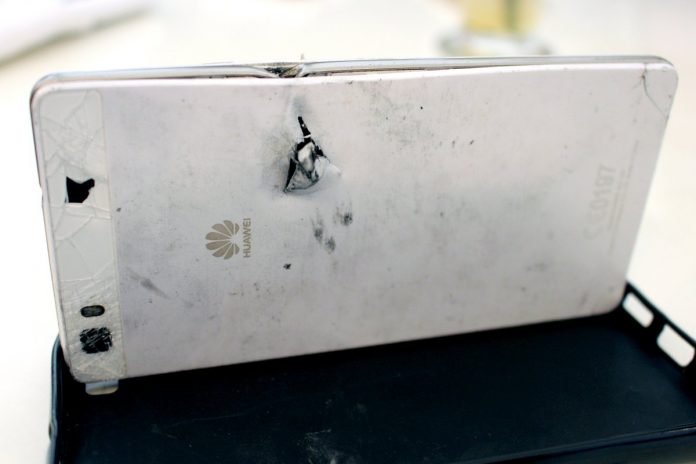 The lucky person, whose smartphone acted as a bulletproof shield is 41 years aged, Siraaj Abrahams. The South Africa inhabitant Seeraj said that robbers shot him and stole $20 he had with him. After the shot of the bullet, he fainted. According to the report, the bullet caused his heart to pause for a moment but he pulled himself from the mouth of death. After the incident, he received P9 Lite as a replacement for its prior phone from the Huawei. Moreover, the Managing director of Huawei’s Sub-Saharan Africa region took Siraaj and his family out for a lunch. The company has also offered a free VIP entry to Siraaj for all the home matches of the Ajax Cape Town football team, the team sponsored by Huawei.

Sometimes greater quantity offers a better quality and just like that having a dual camera in a smartphone ensures a greater quality in photography. The dual camera started in smartphones with the arrival of LG Optimus 3D and HTC Evo 3D in 2011. However, dual camera in these devices was brought with a sole purpose to capture 3D images or 3D videos. The trend of the dual camera for an enhanced photography started since February 2016 with the arrival of LG G5. In G5, there is a main 16 MP sensor and a second 8 MP sensor. The information of these two sensors does not combine to create effects in photos. The dual camera approach in LG G5 was for a straight shooting. The 16-megapixel camera offers regular photos, but the second lens is wide-angle.

Huawei P9 turned out to be the second in the trend of the dual camera for enhanced photography. However, it ended up being the pioneer for its dual camera concept. In P9, between the two lenses, one is for monochrome, another is for RGB colors, and the merging algorithm equipped in the phone intelligently merges the colors from the RGB sensor and the details of the monochrome sensor.

The Apple iPhone 7 Plus also features two cameras on the rear, both of 12-megapixels. Both of the cameras offer optical image stabilization, however, with different focal lengths. The first camera offers 23mm zoom, which is sort of wide but not super wide like LG, but wider than the old iPhone camera. With these devices, the trend of the dual camera started. Following one of the above concepts, many smartphone manufacturers are toiling to furnish dual camera in their device too. As far as the continuity of this trend in coming days, there is more yet to see.

3. Official announcement of Nokia to come back

When Google released Android OS in 2008, others smartphone manufacturers started releasing their products with Android OS on their system (except for iPhones). However, at first, Nokia did not cut the journey with Symbian OS. But sometimes later it made a leap to Windows OS and started producing windows phone. Despite the trend, Nokia decided to be persistent with Windows phones. However, the persistence does not pay off. And finally, Nokia became obliged to bend the knees. Nokia has now decided to bring devices with Android OS on their system. For now, lets not dig into the rumored specs of the devices. The officials have already declared about the announcement of the device at MWC 2017, which will be in February.  So all we have to do now is waiting. 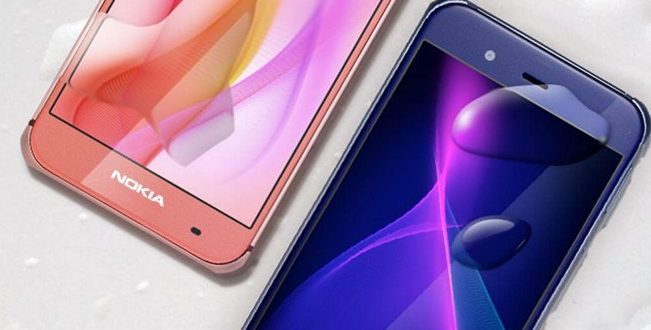 It takes a lot of courage to buy a flagship model since every brand releases their masterpiece packing with one or more features that lure our eye. Getting an upgrade from one flagship to another definitely, blows one’s wallet. And such flagship model gets obsolete as another device comes to surpass its specs. So, smartphones manufacturer focused on bringing mid-range phones packing with alluring specs and making economical enough to save the puncture in your wallet. As this trend continued, 2016 turned out to be a great year for mid-range phones. 5. Modular phones of LG and Motorola

The modular smartphone is a concept introduced to reduce electronic waste, lower repair costs and increase user comfort. In modular phones, the different components of the phone can be replaced or upgraded in modular design. Though Google suspended the Project ARA, LG and Motorola kept the spirits of modular smartphones alive. Following the trails of modular phones, LG G5 and Motorola Moto Z Droid came into the limelight in 2016. 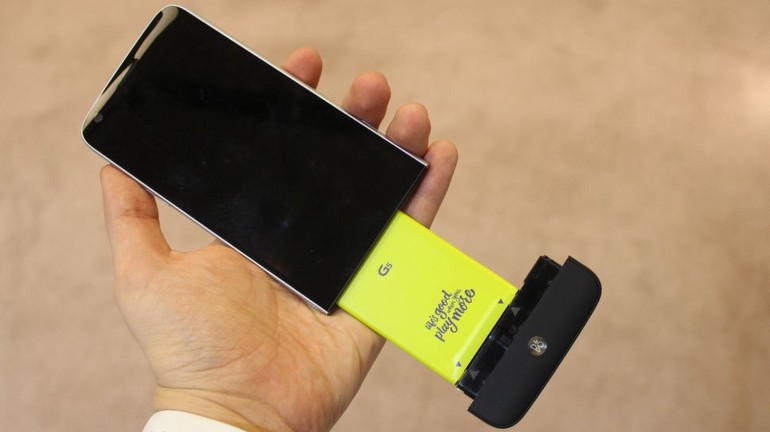 With the collaboration with Lenovo, Google brought up its Tango phone and Lenovo phab 2 pro presented itself as a first Tango-enabled smartphone. Basically, Tango is a technology platform developed and authored by Google. With the use of computer vision, Tango enables mobile devices, such as smartphones and tablets to detect their position relative to the world around them without using GPS or other external signals. With this platform, developers can create user experiences that include indoor navigation, 3D mapping, physical space measurement, environmental recognition, augmented reality, and windows into a virtual world. 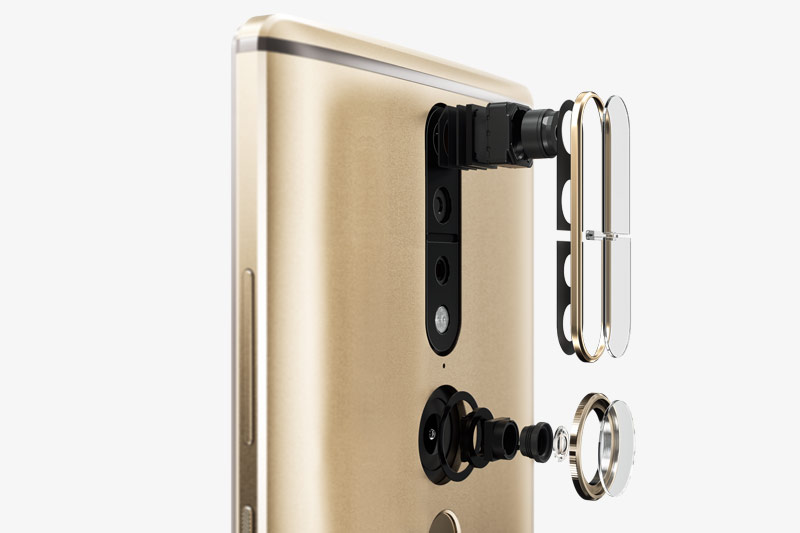 Apple’s iPhone and Samsung devices have dominated the smartphone market share and these manufacturers are renowned for their flagship devices. When the two biggest smartphone giants are providing 3 GB (iPhone 7 plus) and 4 GB (Samsung Galaxy S7 Edge) of RAM, another smartphone came ahead of them to surpass this feature. In 2016, the Chinese company OnePlus brought its flagship device OnePlus 3 (later came as 3T) with a whopping 6GB of RAM. As smartphone has been a multipurpose device, this amount of RAM will ensure a lag-less performance. If other manufacturers follow this trend, we will never have to worry about the phone lags anymore. 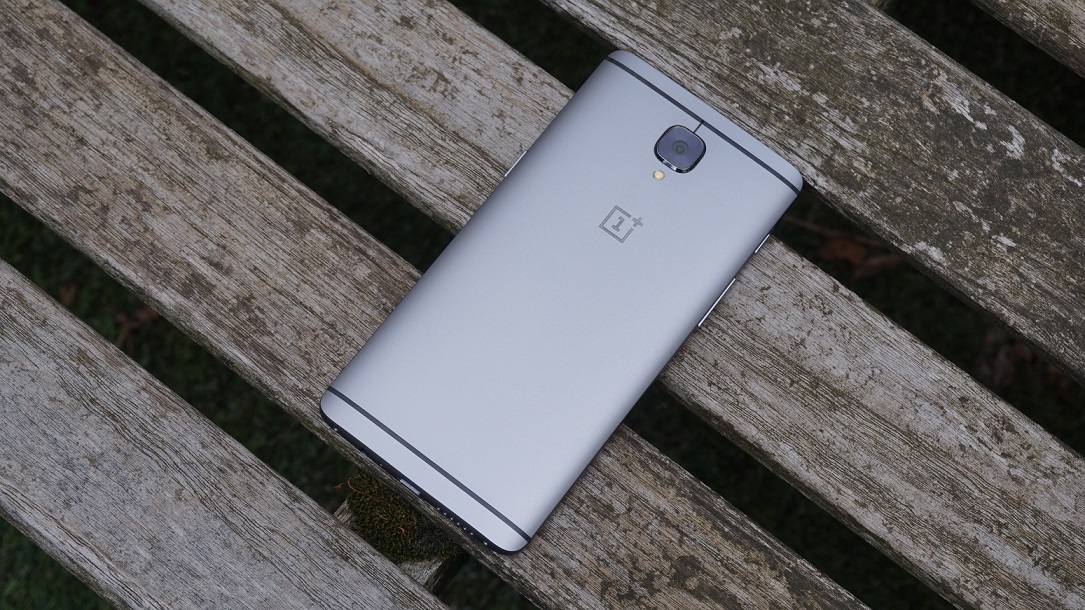