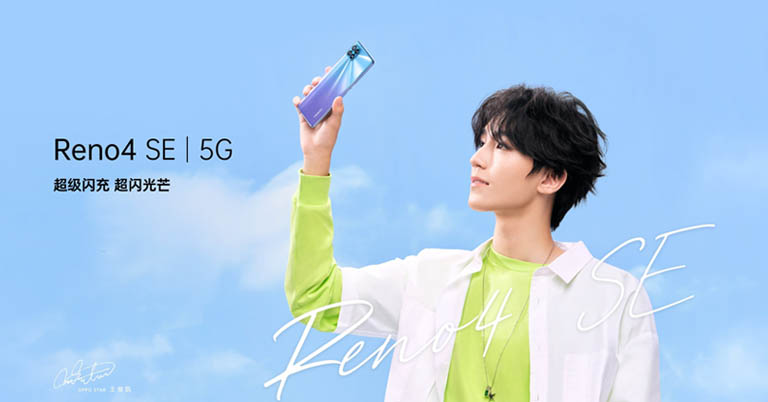 The Oppo Reno4 series debuted in China back in June and then went global in August. And now, the company is planning to expand the lineup with Reno4 SE. Like the first two smartphones, it will also land in China before making the global debut. Let’s check out the preliminary specs, features, and the official launch date of Oppo Reno4 SE. 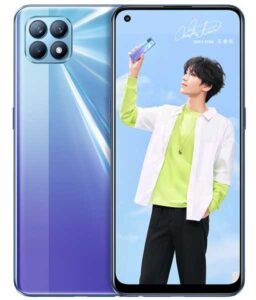 Though Oppo has not revealed the complete specs sheet of the upcoming Reno4 SE, the listing of the device in Oppo’s official site and other Chinese online retailers have plenty of information to dwell on. The render in the official listing reveals a phone with a circular cutout on the top left corner of the screen. If the rumors are true, the Reno4 SE will sport a 6.43-inch AMOLED screen with an FHD+ display. The fingerprint scanner will be placed under the display.

Similarly, the rear panel of the Reno4 SE sports a flashy gradient design. There is a triple-camera setup enclosed inside a square camera module. A line goes that divides the module in half also gives a dual-tone design.

Unlike the Reno4 and Reno4 Pro, the Reno4 SE will be powered by a MediaTek Dimensity 720 which supports 5G connectivity. The phone was spotted in China Telecom’s product listing in two memory configurations –  8/128GB and 8/256GB. 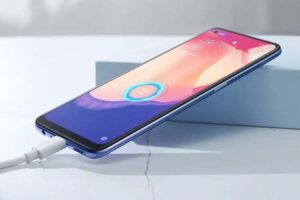 Reports suggest that the triple camera setup will consist of a 48MP camera accompanied by an 8MP ultra-wide sensor. They will be joined by a 2MP sensor. On the front, there will be a 32MP selfie camera sensor inside the punch-hole.

Oppo Reno4 SE will rely on a 4,300mAh battery for the juice. It will actually contain two 2,150 cells combined together. The device will support 65W fast charging. The device will ship with ColorOS 7 based on Android 7.

Oppo will officially unveil the Reno4 SE on September 21. The device will first land on China before elsewhere.