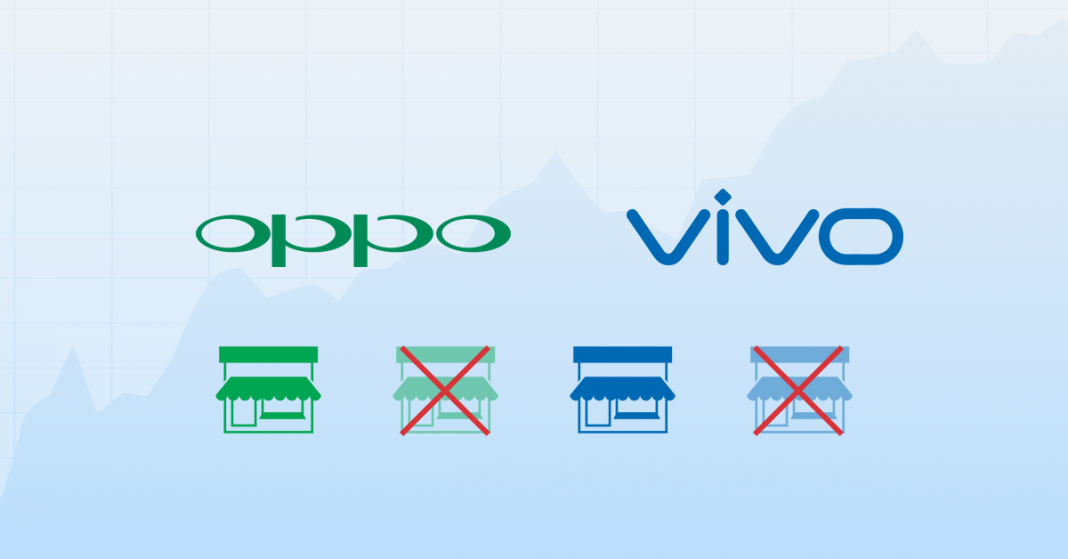 On today’s date, the world market is flooded by Chinese smartphones. Countless brands like Huawei, Gionee, Oppo, Vivo, Xiaomi, etc have established their presence around the globe. Among the others, India has been one of the latest evidence of the Chinese smartphone brand’s upsurge.

Chinese smartphone companies like Oppo and Vivo have strong offline strategies to market and sell their products in India. They aggressively spent marketing through offline channels, mainly retailers to reach and communicate their product offerings to people.

However, these companies have decided to adopt a different strategy from now on. Following what Xiaomi did, Oppo and Vivo have also decided to cut their offline marketing practices to a certain extent and move on to online selling. These companies are now trying to generate revenue rather than reaching more and more places within India.

Both companies are taking hard measures to increase their revenue and in doing so, they have cut margins for the retailers by around 40%, which has cost them a loss of 10,000 sales outlets each. According to reports, both companies had around 70,000 outlets throughout India and slashing the retailers’ margins have led to a steep fall in the number of stores selling their products.

The strategy, according to officials of both the companies is that they want to focus on selling their offerings through fewer effective outlets where they can enjoy good presence and visibility. At the same time, these companies are opting for online sales in Vivo launching its own online store in India, making a way for e-commerce for itself.

“Regarding Vivo’s trade channel strategy, we have redeployed our distribution strategy with a focus on providing varies choices and experience for customers,” said a spokesperson form Vivo regarding the matter.

This looks like a similar move inspired by Xiaomi that has managed to take over the raining Samsung market in India.

Hard actions as such have led Oppo to move out from the top 5 rankings. The market share of the company in India is 4% currently which one year ago was 9%. Similarly, the market share of Vivo has decreased to 7%.

Well, the move may be a hit or a fall for the companies. But if we take the reference of a similar strategy by Xiaomi, it went quite well. We will have to wait to see what happens next!