Oppo is a company that likes to introduce new things to its phones. And it has one such feature ready to roll out in its new range of phones. Labeled as a Waterfall Screen, this new feature should take the full-screen game to the next level. With an 88-degree curved edges, this new phone almost achieves the 100% screen-to-body ratio. Now, it is not new to see the curved screen on Oppo phones. For instance, with Oppo Find X, the company was able to achieve a 93.8% screen-to-body ratio. However, this new design takes the idea further up, with the Oppo Waterfall display.

The images of this new phone first appeared on Weibo, on Brain Shen’s profile – the company VP. And since it’s the internet, it took no time for the images to spread all over, like wildfire. Various bloggers were quick to share the phone’s videos and their respective experience with the device. 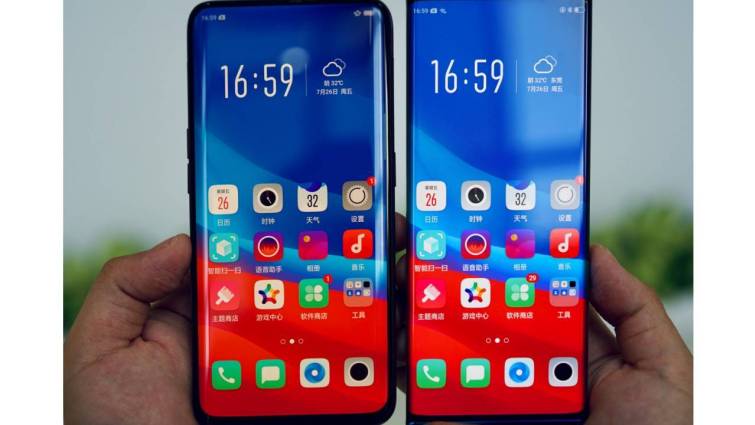 From what we can speculate, the screen is narrower than the one in the Oppo Find X. However, there’s no room for any buttons – no volume rockers and no power buttons, either. Certainly, they will have to find an appropriate place to locate them. But who knows what other innovations are packed into this new device.

There’s also a lack of information about the touch sensitivity of the extra-screen. Is it touch-sensitive? No clue about that either. Till now we’ve only seen the teaser of the phone, so we’ll probably learn about that in the days to come.

The success of a curved screen is also divisive among the users. Everyone wants a phone with maximum screen-to-body ratio. However, a curvier device might not be everyone’s cup of tea.

This new phone is expected to launch sometimes next-year. The teaser that’s available right now perfectly aligns with how Oppo usually creates hype for its phones. With its recent success with the Oppo Reno 10x Zoom, this new phone is probably the one to look out for. However, for now, all we’ve is the press release from the company. According to them, this new Waterfall Screen design will deliver an immersive visual experience and innovative aesthetic to users. Don’t know about you guys, but I for one am really excited to see what Oppo will deliver this time.