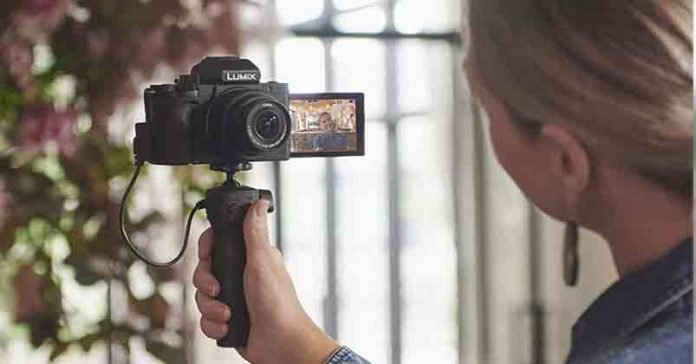 Thanks to YouTube and other social media platforms, the popularity of vlogging has steadily been on the rise. Even in Nepal, there are people who have been successful in making living and name for themselves through vlogging. Since people are now attracted to vlogging more than ever, the demand for vlogging camera is on the rise. Addressing the need, Panasonic has launched Lumix G100. It’s a camera for people thinking of getting into vlogging. Let’s take a look at the specs, features, expected price, and availability of Panasonic Lumix G100 in Nepal.

Panasonic Lumix G100 is a single lens mirrorless camera designed for vloggers. Though it features a lightweight and compact design, it doesn’t compromise on features.

The camera comes with a 20.3MP Micro Four Thirds lens, which is quite common with cameras at this price range. Panasonic is advertising it as the next logical step from smartphones. You can record 4K videos at 30p or 24p. The recording time is limited to 10 minutes and the video is cropped at 1.47x. On the other hand, FHD videos can be recorded at 60p. The camera comes with a 5-axis Hybrid Image Stabilizer.

It comes with an Electronic ViewFinder with 3.68 million dots. Panasonic claims that the EVF refreshes four times faster than average field sequential EVFs. Similarly, there is a 3-inch fully articulating LCD display. It is 1.4 times brighter than the LCD on the G90.

The default microphone setting on cameras is often overlooked. However, it may not be the case with the new G100 as it comes with Nokia’s OZO Audio. The three array microphones are can isolate the sound coming with the face in focus. If there is more than one face in the frame, the camera will record them using different microphones. Talking about connectivity, Lumix G100 comes with Bluetooth and Wi-Fi. There is also an HDMI connector in case you want to connect the camera to an external display. You can even connect an external microphone but there is no port of headphone jack. Panasonic claims a battery life of up to 45 minutes. The camera features a Micro-USB charging. It can also be used to connect to the DMW-SHGR1 tripod grip. The tripod grip also doubles as a selfie handle and comes with a record and shutter release button.