Home Featured Pocophone F1 “Gone with the Wind” – Sold out in Nepal! 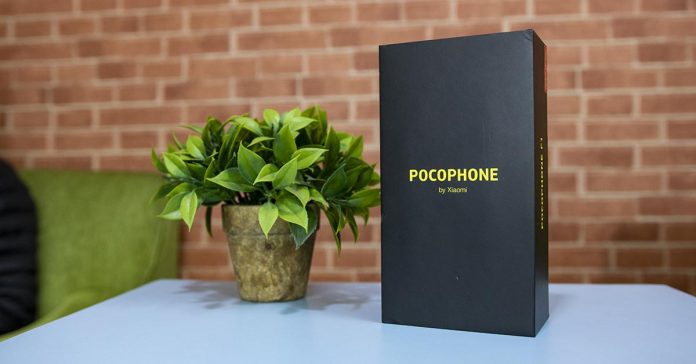 The Pocophone F1 was something unexpected that took the world by storm when it came out. Mostly, for its flagship prowess for a very aggressive price. And so, there were confusions whether this phone belonged to a mid-range device or a flagship. And honestly, there’s no answer to that. The Pocophone F1 features a flagship processor of 2018, which is the Snapdragon 845, and all other things were above average, maybe, except the design.

And despite all its efforts, it still failed to be the number one phone because Xiaomi achieved the price through exclusive deals for retailers, MIUI ads and losses for the startup glory. Nevertheless, it was a smart purchase all around the world. And there were so many queries about the phone before it came to Nepal.

And thanks to Daraz.com.np, the phone made its way here, albeit for a brief period of time. Making its debut in Nepal via Daraz 11.11 sales day, the phone was exclusively available in Nepal. And the price was also pretty close to international pricing, around Rs.35000.

And so, when it was here, people swept through the online marketplace for the phone. There were initially some problems for acquiring the phone, but it did get to buyer’s hands. And the phone sold pretty quickly. Pre-bookings went through the roof, and Teletalk, which was the body responsible for bringing the phone to Nepal had brought about 2000 pieces. And it appears, all of them have been sold out!

So, despite many of you enquiring about the Pocophone F1, it is now, no longer available in Nepal officially. The Pocophone F1 came and went away with the wind.

And Teletalk has no intentions to restock the Pocophone F1 again. Partly, because there are rumors surfacing about the Pocophone F2, so, they might be bringing that one here instead. Of course, that’s all rumors for now, so, let’s wait and see.

However, the Pocophone F1 is not entirely gone. Traces of it remain in the form of some products brought via Grey channels, and some stores around New Road still sell them. There might be some difference in pricing, but if you really want it, then, you’ll have to pay.