Home ISP Poll: Which is the best ISP (Internet Service Provider) in Nepal? 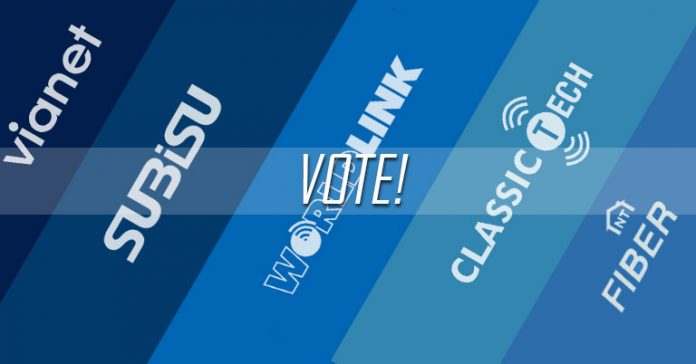 Over the last decade, Nepal’s internet infrastructure has grown significantly. Yet, the perpetual bitter truth here is that people with internet connections in their home/office are dissatisfied with their ISP (Internet Service Provider), no matter which one it is. So with this poll, we want to know which ISP in Nepal do you think is the best.

We know that Worldlink is the largest ISP in Nepal (based on the total number of subscribers). And the company is continuously expanding its services in collaboration with different international brands. Worldlink has installed hotspots in over 10,000 locations throughout Nepal and hopes to take that number to 30,000 in total.

On the contrary, Vianet managed to grab the headlines recently with its 100 Mbps internet package. That too at the same price as its existing plans.

Subisu and Classic Tech are two other major players in the Nepali ISP market. While the former grew its customer base and rose to become Nepal’s second-largest ISP, the latter is known for its competitive pricing. Classic Tech has matched Vianet in adding 100 Mbps broadband to its home plane, while Subisu customers can enjoy speeds of up to 60 Mbps.

On the other hand, Nepal Telecommunications’ Fiber-to-the-Home (FTTH) service has done well; gaining over 60,000 subscribers in the last ten months of lockdown. With this, NTC has risen healthily among Nepal’s best performing FTTH service providers.

Altogether, we have 40 ISPs providing their service in Nepal, with some meeting the needs of their subscribers and the others failing to do so. So, vote in our poll to select your pick for the best ISP in Nepal.