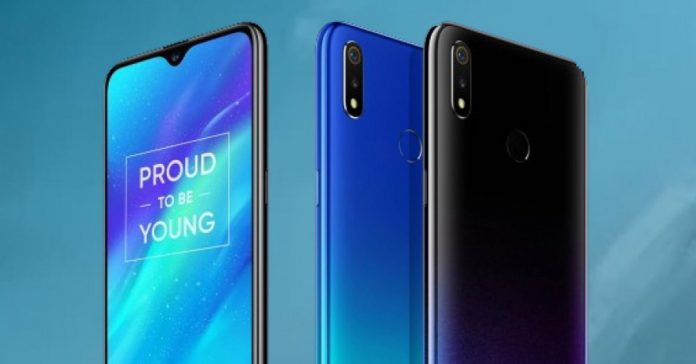 Now we’ve already got a bunch of people asking us when is the Realme 3 Pro due. And the answer to that is…soon. The Realme 3 Pro is the successor to the Realme 2 Pro, which was very well received. And this one, the Realme 3 Pro, comes at just the right time to give the Redmi Note 7 Pro some competition! Who knows? Maybe they launched the phone to do just that?

Anyway, the Realme 3 Pro is launching very soon in India. The company is targeting India as its primary market, where the Redmi Note 7 Pro reigns supreme. But for now, the specs of this phone are still in its rumors stages. For a phone that’s launching on April 22, these rumors might very well be the real thing. But hey, since there is no official word about this, let’s call them rumors.

So, according to rumors, the phone features a 6.3″ Full HD+ display, just like its predecessor. It probably will come with the same water-drop notch too. It will also pack dual cameras. And one will be 48 MP – to take on the Redmi Note 7 Pro’s camera. No word on the selfie camera, though…except that it will be somewhere between 12 MP and 25 MP. We’re probably looking at a 16 MP unit.

Underneath, it will be powered by the Snapdragon 710 as compared to SD 675 of the Note 7 Pro. Also, it will have 6 GB of RAM and 128 GB of storage. Of course, they won’t miss out on a microSD card. It has already been listed on Geekbench, and it scores 1483 on Single-core tests and 5900 on Multi-core.

In addition, this phone will pack a 3960 mAh battery and run on ColorOS 6 based on Android Pie. No word about any kind of Fast Charging technology, but there will be Bluetooth 5.0 and a 5 GHz WiFi.

So, that’s all about the Realme 3 Pro rumors. No official word on pricing just yet. We can only guess. But since it’s launching in India, we might see it launch very soon in Nepal as well. So, what do you think about this? Will this be exciting enough?