After its success in the smartphone industry, Realme decided to focus on other AIoT products in 2020. Early in the year, the CEO of Realme India and Realme Europe, Madhav Sheth disclosed the company’s aim to become the largest lifestyle brand in India. Throughout 2020, we saw Realme launch different products including wireless earbuds, fitness bands, smartwatches, TV, and power bank. And now, the company has confirmed that it will soon launch Realme Buds Air 2 and Smart Bulb in India.

In order to become to accomplish its goal of becoming the largest tech lifestyle brand in India, Relame introduced the new 1+4+N product strategy. The 1 in the 1+4+N is the smartphone that the company plans to keep as its top priority. It will control the rest of the products in Realme’s ecosystem via the Realme Link App. 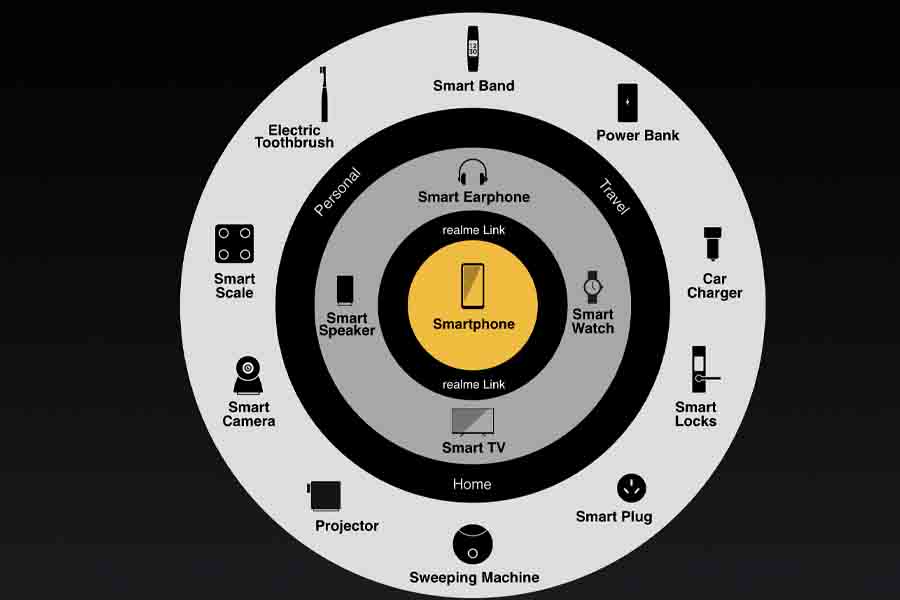 After smartphones, there are four smart hub products – Smart TV, Smart Earphones, Smart Watch, and Smart Speakers. Realme plans to add other smart hubs in the future as well. These smart hubs allow users to control the “N” products that ranked lowest in the hierarchy.

Has it paid off?

While Realme has not achieved its ultimate goal for obvious reasons, the CEO posted a tweet stating that it is nearly there. The brand is now the most preferred brand for TWS in India. Similarly, Realme is also the number 1 brand in the smart wearable segment in India with 35 million users.

In an interview with GSMArena, the CEO of Realme India has confirmed that the company will release an excess of 100 AIoT products in India in the year 2021. These launches will help strengthen Realme’s ecosystem in the Indian sub-continent. He also claimed that these upcoming products will help democratize technology and empower people’s life.

Moving on, Realme Buds Air 2 will be among AIoT devices from Realme in 2021. The successor to the Realme Buds Air is confirmed to launch in early 2021. Earlier this month, it was spotted in an FCC listing with the model number RMA2003. However, there is no information about the specs except for the 400mAh battery of the charging case.

The Realme Buds Q2 was also spotted in a certification listing by Indonesia Telecom are around the same period. However, we don’t know much about it either. Another confirmed product in Realme’s AIoT portfolio is a Smart Bulb. The Realme Smart Bulb will also be launched in early 2021.

Both the Realme Buds Air 2 and Smart Bulb will launch in the first quarter of 2021. As of now, the exact launch date of these two devices has not been confirmed.