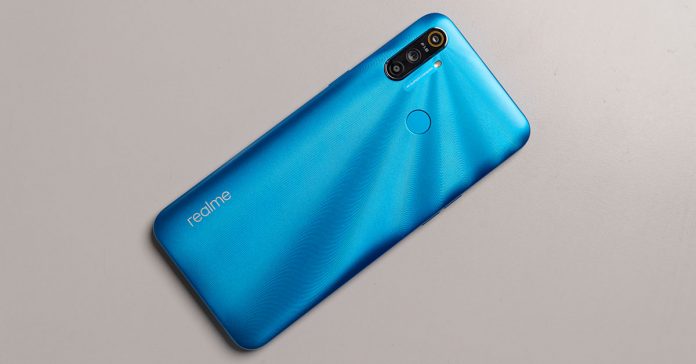 Pashupati Tradelink, the sole authorized distributor of Realme mobiles in Nepal, has unveiled Realme C3 in Nepal. It is the latest budget-friendly smartphone from the company. Let’s learn about the Realme C3 specifications, features, and official price in Nepal here in this article.

The Realme C3 was officially unveiled in India in Feb. It comes as a successor of the Realme C2, which was a great budget offering in 2019 for price-conscious buyers. The new Realme C3 features the latest MediaTek Helio G70 chipset, which is an incredible SoC for an inexpensive phone. “Entertainment Ka Superstar”, is the given alias for the device. This tagline or alias, whatever it maybe gives a hint of what we should expect from the device. It has a “Mini-drop” notched display measuring 6.5-inches with a screen-to-body ratio of 89.8%. Moreover, this screen is the largest one in the lineup and comes in an HD+ resolution, and comes in a new “Sunrise” design.

As for power purposes, the Realme C3 will come with a 5000mAh battery. And this too is the biggest we’ve seen in the C series. Realme claims that this humongous battery will offer a 30-day standby, 43.9 hours of the call, 19.4 hours of music, 20.8 hours of YouTube, and 10.6 hours of PUBG.

Under the hood, we’ll get to see the recently announced MediaTek Helio G70 chipset. The new G70 chipset scores a whopping 194K on AnTuTu, making it an excellent chipset selection for budget phones.

As for the memory, the base model of the Realme C3 will have a 3GB/32GB setup whereas the higher-end one will have a 4GB/64 GB setup. And that’s about it. Interestingly, it runs on the new Realme UI 1.0 based on Android 10 instead of ColorOS from its parent company OPPO.

Realme C3 has been launched in Nepal for a price of Rs. 16,990. This price is for the 3GB RAM, 32GB storage variant. The high-end 4/64GB variant will not launch in Nepal.

With this, Realme C3 goes head to head against the reigning budget champ – Redmi 8 (Rs. 16,499). So, which budget phone would you go for? Let us know in the comments down below.