Yesterday, Realme held an event in China to announce the arrival of GT Neo 2T. Here, we will be looking at the specs, features, expected price, and availability of the Realme GT Neo 2T in Nepal.

Despite its moniker, the Realme GT Neo 2T resembles the GT Neo more than the GT Neo 2, both of which launched earlier this year. To note, the former was rebranded as Realme X7 Max for the Indian market.

The first difference between the GT Neo and GT Neo 2T lies in the material at the back. The former has a plastic back while the latter has a glass build. The dual-tone glossy finish is also gone, replaced by matte black and white, which the company calls Jet Black and Glaze White. 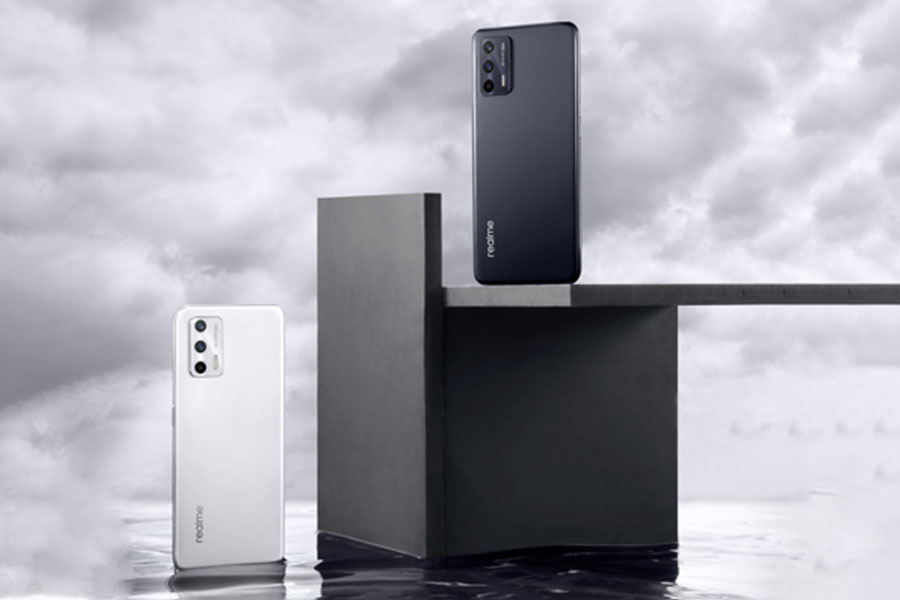 Over on the front, Realme GT Neo 2T sports a 6.43-inch Super AMOLED display with a left-aligned punch-hole cutout. It’s a 120Hz panel with a 360Hz touch sampling rate and 100% DCI-P3 coverage.

Inside, the phone packs Dimensity 1200-AI, just like the OnePlus Nord 2. This chipset comes with some modifications over the regular Dimensity 1200, courtesy of the Open Resource Architecture. Realme says the 3D tempered liquid cooling used here can keep the core cooler by up to 35º Celcius. The rectangular camera bump at the back encloses a triple camera setup and an LED flash. Leading the lineup is a 64MP sensor with an f/1.79 aperture. Accompanying it is an 8MP ultrawide and a 4cm macro sensor. There is a 16MP shooter on the front for selfies and video calls.

Fueling the Realme GT Neo 2T is a 4,500mAh battery. The company has increased the charging speed from 50W to 65W here. Moreover, the phone has stereo speakers with Hi-Res and Dolby Atmos certification. Disappointingly, it boots on Realme UI 2.0 based on Android 11, even when Realme UI 3.0 (Android 12) is already official. 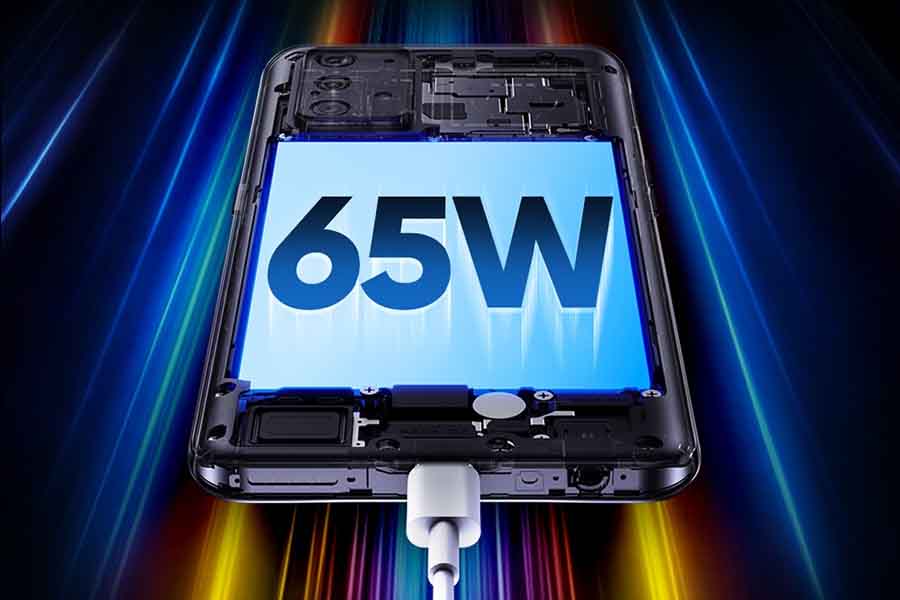