Home OPPO Realme U1 debuts with Helio P70 at the helm 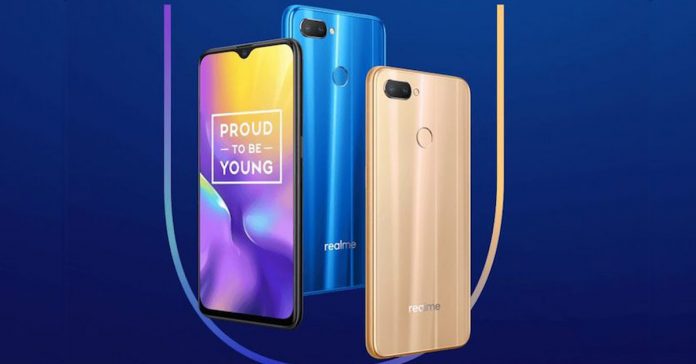 Realme, OPPO’s sub-brand is a pretty well-known phone brand. Mostly, because of their affordable phones with good internal specs. And after a series of Realme phones, a new one has surfaced. Known as the Realme U1, this phone is the first to feature the new MediaTek Helio P70 chipset.

And since it is from OPPO, it is not surprising that this one is a selfie-centric phone. Well, the other Realme phones may not have been as selfie-centric, but it’s OPPO. So, to include a good selfie camera is a given. Anyways, the design is more-or-less very similar to the Realme 2 Pro. And the display as well, with the same 6.3″ Full HD+ LTPS IPS LCD panel with the tear-drop notch, the phone looks quite identical.

Underneath, the Helio P70 powers this phone. This is the first phone to have this chipset, and it is the upgrade to the Helio P60, which was a good mid-range chipset. The Helio P70 claims better clock-speed enhancements, feature enhancements, and better power efficiency. Other than that, it also claims a steady 60 fps in gaming via optimizations, which is good as the only 60 fps you’ll see on this phone are in the gaming department (because there is no 60 fps video recording of any kind). Also, the new chipset also monitors the power usage and temperature constantly. But only time will tell if its claims hold up.

As for the Realme U1, it comes in two RAM / storage configurations: 3 GB / 32 GB and 4 GB / 64 GB options. Also, there’s a dedicated microSD card slot for your storage expansion needs. The phone has a good-sized 3500 mAh battery, but there is no fast-charging whatsoever. But, it still retains the 3.5 mm headphone jack, and FM Radio. In addition, the phone will run on the ColorsOS 5.2 on top of Android 8.1.