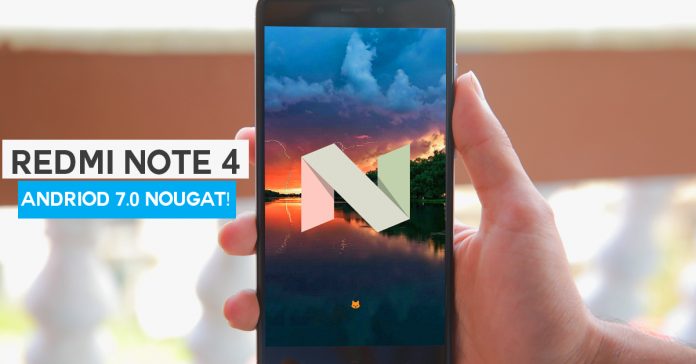 One of the best midrange offerings from the Chinese manufacturer – Xiaomi Redmi Note 4, was released in January this year, running on Android Marshmallow.

Xiaomi had announced that it will be releasing the Nougat update for the device a month ago. And now Xiaomi has met its promise and the Nougat update has started to roll out. The update comes along with the MIUI 8.5.4.0 on top. (Not the latest MIUI 9.0)

The update weighs around 1.3GB and jumps your current android version to Nougat. This is a long awaited update but none the less it’s finally here.

How to Update Xiaomi Redmi Note 4 to Nougat

The only slight downside is the camera, which isn’t bad, to begin with, but not up to par with the others. On top of all that this phone features a fingerprint reader and a metal build. For a price of Rs. 24,499 for the 3GB/32GB version and Rs. 28,999 for the 4GB/64GB version, this is one of the best performing devices with a price tag of under 30k. You can check out our review here: