Home Reviews Samsung Galaxy M11 Review: Get The M21 Instead! 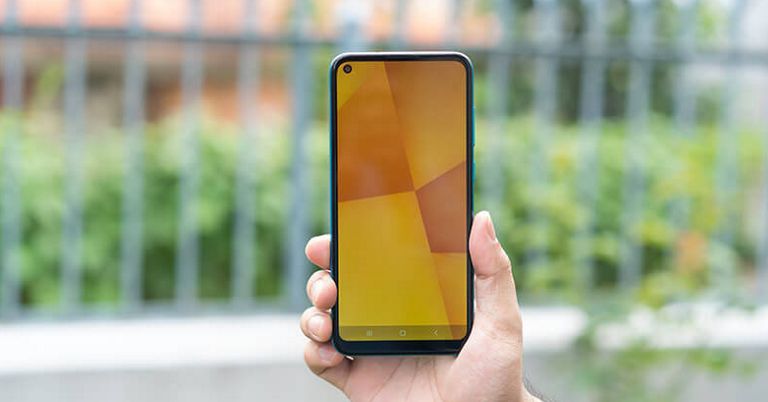 The Galaxy M21 and M31 that we reviewed a while back were excellent value-for-money smartphones; both equipped with an excellent Super AMOLED display, awesome cameras, and a big 6,000mAh battery. These devices lived up to the legacy of Samsung’s ‘M’ series of smartphones. And now, the company has added a new entry to the lineup in the form of Galaxy M11, which is slightly cheaper than the M21. Unfortunately, it is not a great addition to the “M” series as I’ll explain it all in this review of the Samsung Galaxy M11.

Thanks to its entry-level pricing, you might expect the M11 to be an equally great value-oriented phone like its expensive siblings. But that’s far from the truth. Frankly, I am quite disappointed with Samsung as they could’ve easily capitalized on the anti-China sentiment in India by packing in a good set of specs inside the phone. Launched at Rs. 19,000 in Nepal and for Rs. 11,000 in India, I simply don’t recommend anyone buy this phone; and there are a bunch of reasons for that.

Starting with the design, the Galaxy M11 has a matte plastic back. And honestly, I have no problem with it. The phone is lightweight with an ergonomic design featuring curved edges that helps for a comfortable grip. Similarly, the fingerprint sensor is located at the back and is positioned perfectly in terms of reach and unlocking.

It is pretty fast and accurate too. You can opt for the software-based face unlock as well but this only works when you are in an environment with enough lighting. All the buttons are placed on the right side and are fairly tactile and responsive to click as well.

Moving on to the display, you get a 6.4-inches HD+ TFT panel with a punch-hole cutout on the top left side for the front-facing camera. Even though it’s a TFT panel, Galaxy M11 isn’t terrible to look at.

It has an acceptable color spectrum with good enough viewing angle and a moderate level of brightness. Yet, the problem lies in what a few extra bucks can get you. For instance, the Galaxy M21 offers a much superior FHD+ Super AMOLED panel plus a whole lot more, and costs just about Rs. 4,000 for this upgrade in Nepal. As a result, I really wish Samsung had gone with an FHD IPS panel, or even a 720p Super AMOLED one instead. Having praised the company’s display technologies for so long, it is weird to see Samsung cut corners on the display department.

Next up is performance and this is where I am truly, truly disappointed.

While its direct competitors like Realme and Redmi are opting for the latest gaming-centric Helio chipsets from MediaTek, Samsung is still stuck with the 2-year old Snapdragon 450 on the Galaxy M11.

Pair this outdated chipset with a mere 3GB of RAM, the performance on this phone isn’t that good. But casual tasks like web browsing, chatting, or light multitasking are well handled by the M11. However, that’s about it. The inferiority of the phone becomes vivid once you bring slightly heavier apps into the mix, or try to relaunch an app after keeping it in the memory for a while. 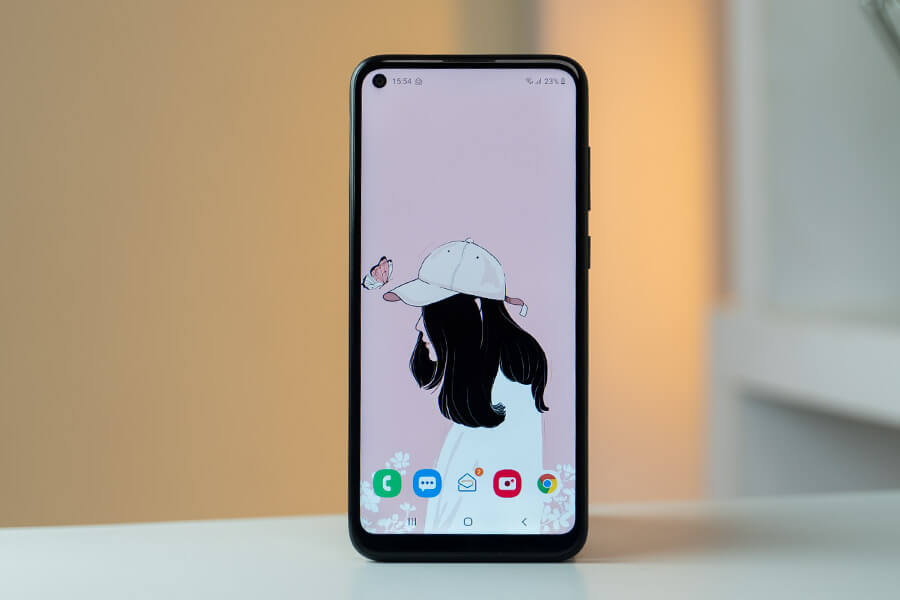 To compare, I have also been using the Redmi Note 9 which comes at a similar price. And here, the Note 9 performs far better with greater fluidity and responsiveness compared to the Galaxy M11, thanks to the Helio G85 SoC.

Getting to gaming, well… you can already imagine how my experience went and you’d be right. I couldn’t even play the standard PUBG Mobile in the lowest of settings. Therefore, I had to resort to PUBG Lite for a playable experience instead. Surprisingly, Call of Duty Mobile is smooth enough under medium settings.

Moreover, while playing games, it was also quite disappointing to witness the terrible touch latency which totally ruined my gaming experience altogether. 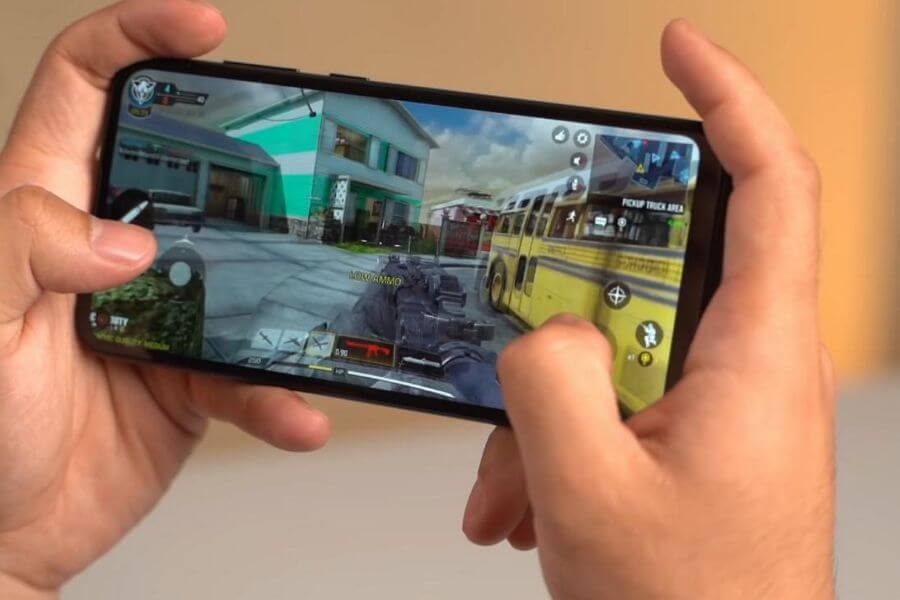 Now, packing in a good chipset on a budget or mid-range phone has never been Samsung’s strongest suits. But seeing this sudden this surge in demand for MediaTek’s affordable SoCs should be an eye-opener for the company at least. I mean, I’ve already made the point clear regarding just how the Snapdragon 450 on the Galaxy M11 lags behind the ones with Helio G70 or G80.

Additionally, because of the Snapdragon 450, Samsung has had to install the “Core” version of its regular One UI 2.0 based on Android 10. What this means is that you don’t get all the features you’d typically find in other Samsung mid-range smartphones, like a dedicated night mode in camera, Knox security, etc. Yeah, this phone is full of compromises!

Now moving on to the cameras, disappointments follow once again. The Galaxy M11 has a triple camera setup at the back which consists of a 13MP primary lens, a 5MP ultra-wide-angle lens, and finally a 2MP depth sensor.

Honestly, the images from the primary sensor do a pretty good job under well-lit environments.

However, the overall color-calibration algorithm is simply not on the same level as that of the M21. Due to this, the shots don’t look as livelier as I’d want

And I’m not even expecting anything extraordinary out of this thing considering the price!

Similarly, the low light images are pretty unusable since they tend to be flooded with grains and unless your hands are steady as a rock, you’ll always be getting a blurry image.

As I said earlier, there is no dedicated night mode on this phone either which further complicates the situation.

Talking about the ultra-wide lens, it’s no good either.

The resulting shots have less-than-vibrant colors, lack any sort of detail, and are therefore subpar only.

Here, the portrait images from Samsung Galaxy M11 are pretty average too as we came to discover during our review.

You can see how inaccurate and inadequate the background blur is which goes on to show their budget roots.

And like the rear cameras, the 8MP selfie camera produces just average results too. The skin tone looks damningly pale and unlike anything you’d expect from a Samsung smartphone.

Likewise, let’s not talk about the videos in general as it is limited to 1080p resolution at 30fps with average colors, zero stabilization, plus the limited dynamic range.

So overall, the Galaxy M11 is slightly below what I’d call average. On the contrary, the slightly costlier Galaxy M21 captures much better-looking images in practically every aspect of photo or videography.

Tired of hearing me complain about the phone? Well, a small piece of good news comes in the form of battery endurance. 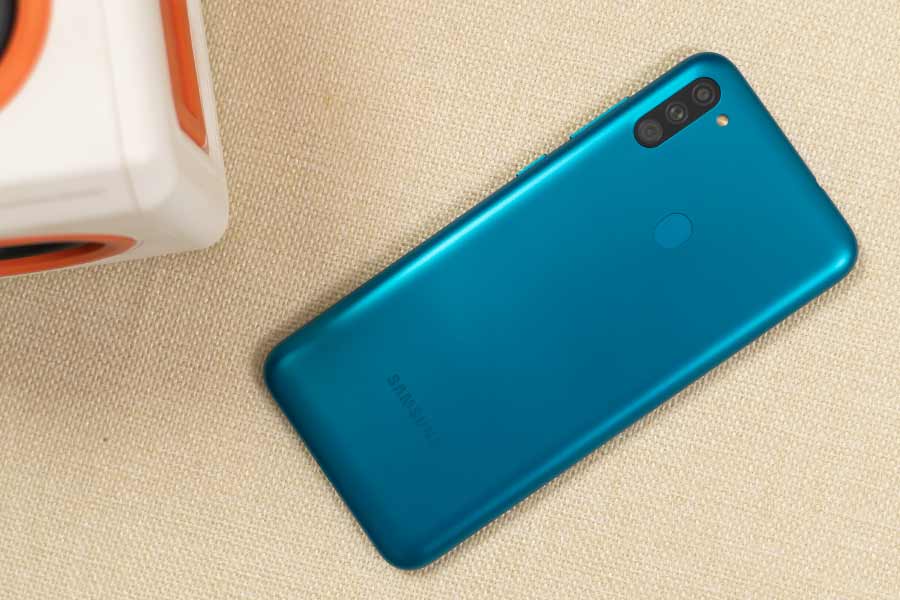 The phone has a massive 5000mAh cell which easily lasted me a day and a half. Samsung has also included a decent 15W fast charger inside the phone that takes about 2 and 15 minutes to juice up the Galaxy M11 from nil to full charge.

Let’s wrap it all up! Now, look, I am fond of Samsung’s products. I’m using the Galaxy S20+ as my primary phone, the Watch Active 2 as my smartwatch and I’ve openly praised the Galaxy M21 and M31.

Having said that, the M11 on the other hand is just an average offering; and that’s putting it nicely. Samsung definitely could have or rather, should have given much better specs, especially in the performance and the camera department.

Thus, if you ask me, I would strongly recommend that you skip M11 with the M21 by cashing in an additional couple of thousand rupees. With the M21, you’ll be getting a much better device in general. Or yet, if you are in a really tight budget and cannot afford to spend more, I suggest you should go for last year’s midrange phones like the Redmi Note 8 or the Realme 5.