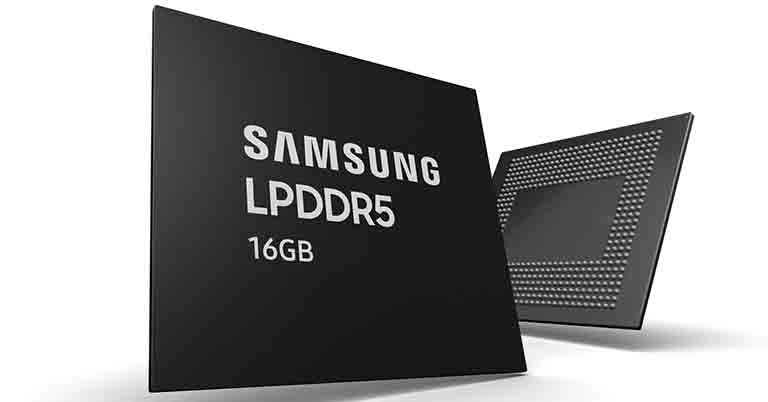 Samsung has announced that it has started mass-producing its 16Gb LPDDR5 mobile DRAM. The new mobile DRAM technology was first announced in the month of February. With this announcement, it is almost certain that future flagship smartphones from Samsung will be making use of this technology.

Samsung is an industry leader when it comes to advanced memory technology. It was the first company to announce to the 12Gb LPDDR5 DRAM technology. The technology went into mass production from July 2019. It has been used in 16GB RAM present in the Samsung Galaxy S20 Ultra. And now, Samsung has started producing 16Gb LPDDR5 chips. It will be used in 16GB RAM packages of the company’s flagship devices in 2021.

Samsung claims that the latest breakthrough in the mobile RAM technology will eventually help future flagship smartphone to make better use of 5G connectivity and AI in areas such as gaming and photography. 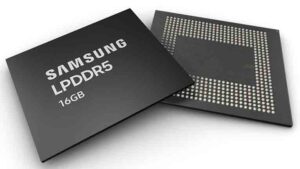 16GB LPDDR5 RAM in a smartphone is not a new thing for the smartphone industry. However, the technology that Samsung is using in its latest RAMs is worth noting. The latest LPDDR5 RAM is based on Samsung’s third-generation 10nm-class (1z) process. It is an upgrade over the 1y process. It is also the first mobile memory to be mass-produced using EUV (Extreme Ultraviolet) technology.

While the previous generation’s 16GB RAM package consisted of eight 12Gb chips and four 8Gb chips (8 x 12Gb + 4 x 8Gb = 16GB), the latest 16Gb LPDDR5 technology allows Samsung to produce 16GB RAM packages only using eight 16Gb chips (8 x 16Gb = 16GB). This brings down the overall thickness of the RAM package by about 30%. Samsung says that the reduced space can be used to integrate other features such as 5G modems or even additional camera sensors. With this, we expect the future foldable phones to come in a slimmer form factor.

Samsung also claims that its new LPDDR5 is the fastest of its kind. The 6,400MB/s speed is roughly 16% faster than 12Gb LPDDR4. The latter has a speed of 5,500Mb/s. When eight 16Gb chips are combined to form a 16GB package, the RAM will be able to transfer ten 5GB full-HD movies (equivalent to 51.2GB data) in one second.

Samsung will be manufacturing the latest 16Gb LPDDR5 technology in Pyeongtaek Line 2. Spanning over 128,900 square meters, it is the largest semiconductor production line to date. The company will also be using the production line for next-gen V-NAND and foundry solutions. 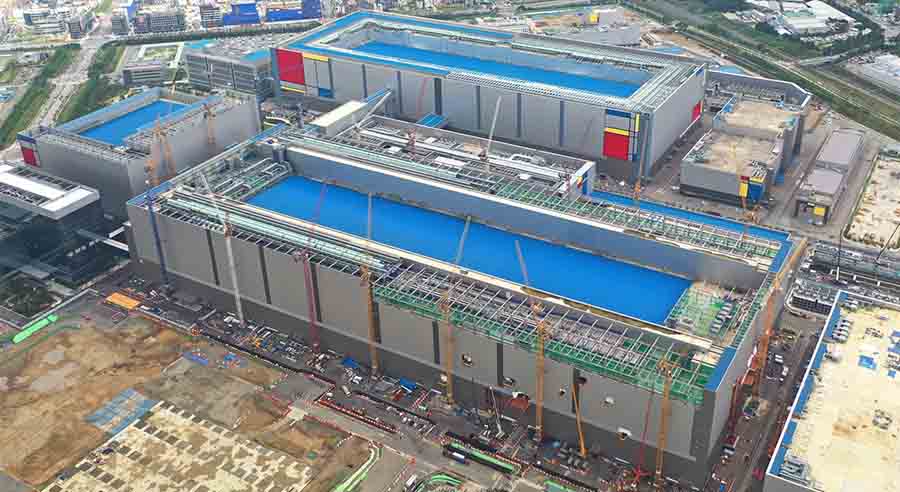 We will be able to see Samsung’s 16Gb LPDDR5 DRAM in smartphones starting from 2021. It will not be limited to Samsung devices as the company plans to make it available for rival smartphone brands as well.