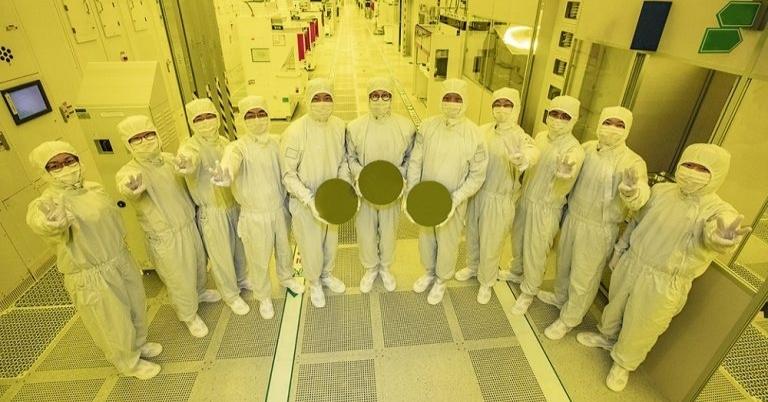 On June 30, Samsung Foundry began mass production of the first-generation 3nm chip. Fast forward to a month, the company held a ceremony in South Korea to celebrate the first batch of its Multi-Bridge-Channel FET (MBCFET)-based chips. Let’s take a look at what Samsung’s new 3nm chips have to offer.

While TSMC’s 3nm process will not go into mass production until the second half of 2022, Samsung has already shipped its first batch. A Chinese crypto mining firm is the first to receive the new chips from Samsung.

The company plans to use the 3nm GAA technology for high-end smart devices in the future. But for the time being, the chips will mine Bitcoin.

According to Dr. Siyoung Choi, President of Samsung Foundry, the 3nm mining chips are 23% to 45% more energy-efficient than previous node-based chips.

Samsung is launching its first nanosheet transistor application with chips for high-performance, low-power computing applications. However, it plans to expand to mobile processors. 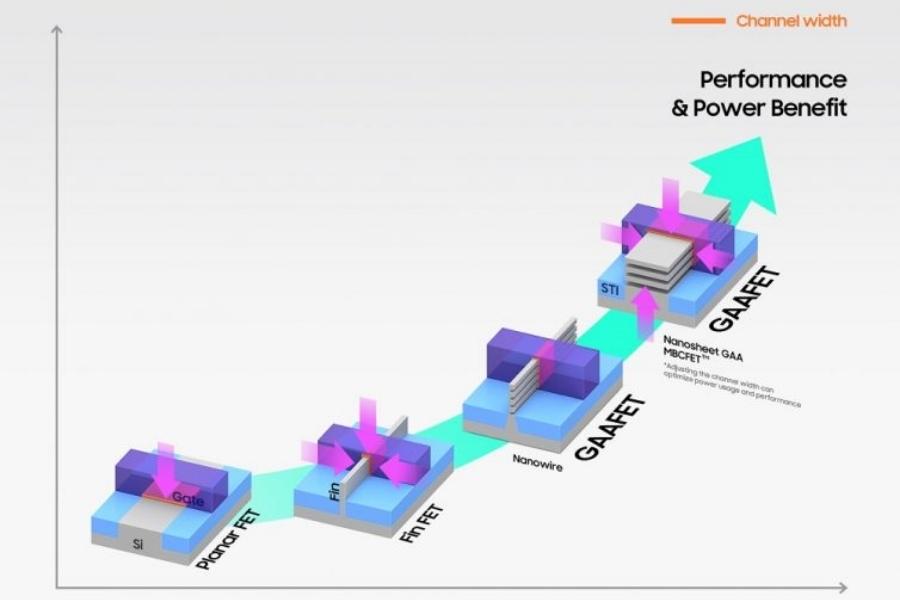 The proprietary technology uses nanosheets to create wider channels. In comparison to GAA transistors with nanowires, this allows for higher performance and energy efficiency, according to Samsung.

Samsung will be able to optimize the 3nm chips to meet the needs of its customers by adjusting the width of the nanosheet channels.

Comparing the first-gen 3nm chip from Samsung to the older 5nm process, up to a 45% reduction in power consumption can be observed. Moreover, it offers a performance boost of 23%, all while having a 16% reduction in area.

The second generation Samsung 3nm chips are expected to reduce the power consumption by up to 50%, improve performance by 30% and reduce the area by 35%.

According to Samsung’s roadmap, the company will be ready to mass produce the second generation of 3nm chipsets in 2023. Furthermore, the 2nm process node is being developed, and Samsung expects to mass produce 2nm chips in 2025.