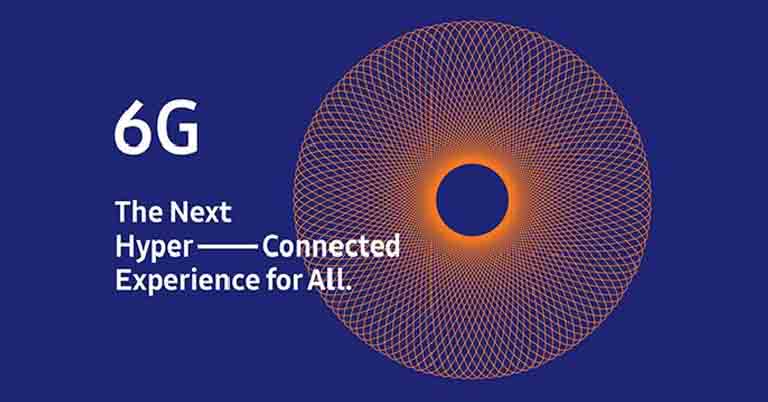 It wasn’t until this year that 5G smartphones started getting mainstream. 5G network is still out of reach for the majority of the world’s population. We are yet to witness the true potential of this groundbreaking innovation. However, Samsung is already working on its successor. Yes, you heard it right – Samsung is already thinking of a 6G network. The Korean tech giant has outlined its vision on the upcoming 6G network on a white paper titled “The Next Hyper-Connected Experience for All.”

The white paper states that Samsung started working for the next hyper-connected experience as early as May 2019. Samsung Research, which is the R&D hub within the company’s SET Business, set up an Advanced Communication Research Center solely to focus on 6G networks.

Sunghyun Choi, who heads the Advanced Communication Research Center, stated that it’s never too early preparing for 6G. According to the company, it will take nearly a decade of research to commercialize the 6G. The ongoing study builds on the industry’s knowledge about the existing network technologies.

The researchers believe that the first implementation of 6G could come as early as 2028. However, it would take two more years for the mass rollout. Both humans and machines would be able to make use of the new network. With it, technologies like extended reality (XR), high-fidelity mobile hologram and the digital replica will start to become common. 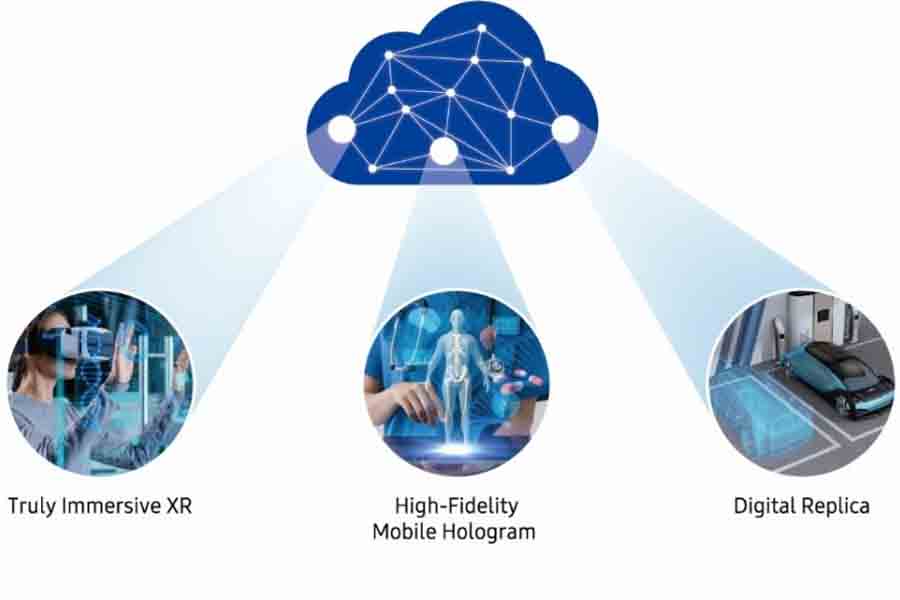 The latter is a rather new concept. According to the paper, we would be able to create digital replicas of physical entities (in the virtual world) with the help of advanced sensors, AI, and communication technologies. This will allow users to observe and detect problems in a distant environment without being physically present there.

While 5G was more about the performance, 6G will focus on three different aspects – performance, architecture, and trustworthiness. 6G will be characterized by the peak data rate of 1,000 Gbps and air latency less than 100 microseconds. The data rate is 50 times better than that of 5G. Similarly, the latency is one-tenth of that of 5G. 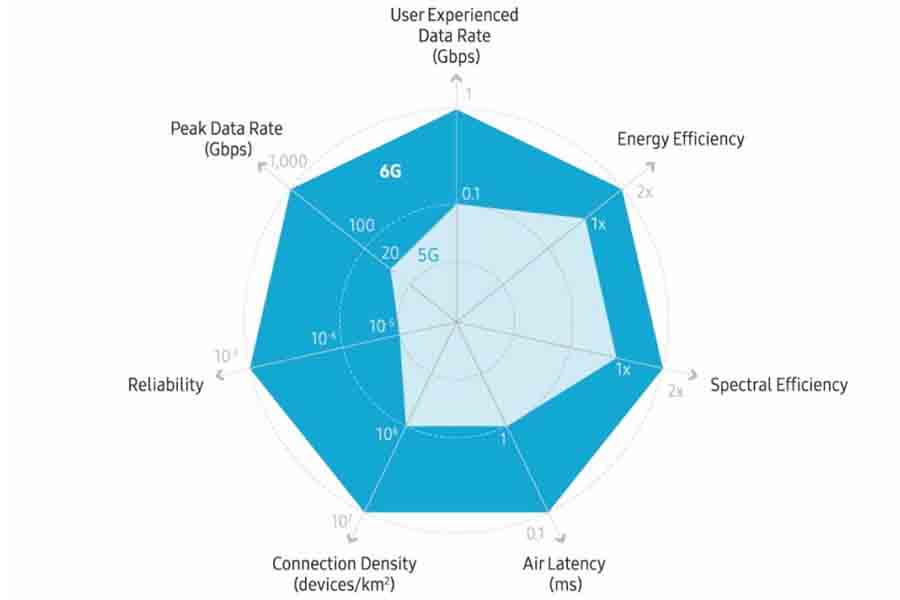 6G will also be resolving issues related to the computation capability of mobile devices and the implementation of AI. The network will also be flexible for the integration of new network entities. Since it will be dealing with huge user data and AI technology, the trustworthiness will also be taken care of.

The paper also lists some technologies that could be part of the 6G technology. It includes the terahertz (THz) frequency band, novel antenna technology, duplex technology, an advanced network, topology, and spectrum sharing.