Home Opinion What’s the point of the ‘s’ variants of A series, Samsung? 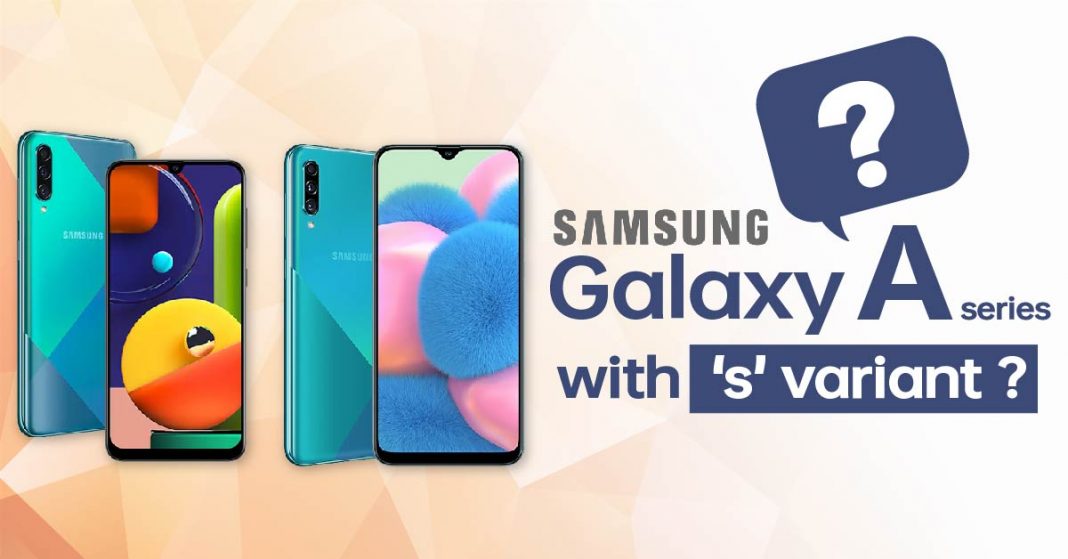 What’s a company gotta do these days to stay competitive in business, huh? There’s no one definitive answer to that question it seems. The smartphone industry has gotten crazy competitive in practically every price segment. “Oh, let me just launch a budget phone with dual cameras. I mean that’s pretty impressive, right?” Nope, here come a bunch of competitors with same or at times even better camera setups and/or improvements in other aspects. All this sounds eerily similar to what Samsung’s going through right now. The South Korean conglomerate has been losing its dominance in markets around the world, which as a result is hurting its business. Let’s see why.

In recent times, the smartphone industry has seen a new and positive trend – great phones at an affordable price. You no longer have to spend a fortune to own a decent smartphone. This is thanks to the ever-growing market and the Chinese manufacturers’ production capability. Budget and mid-range devices now generate as much hype and devotion as flagship devices. It’s a win-win situation! While Samsung still wears the crown in the flagship market, OEMs like Xiaomi, Vivo, Realme are absolutely dominating the mid-range section. Heck, even Apple released a cheaper iPhone 11!

Now let’s get to Samsung. The company has admittedly never been known for its budget and mid-range devices. Though its flagship devices are really something, Samsung has always struggled in the lower-end market. ‘J’ and ‘A’ series smartphones of the past were really weird and underwhelming as to what they packed for the price, with far better options widely available in the market. In a time where the mid-range market was getting more and more crucial, the company was failing at just that.

As a countermeasure, Samsung did an overhaul of its budget and mid-range devices in late 2018. It scrapped the dreaded ‘J’ series for an all-new ‘M’ series, while also revamping the ‘A’ lineup with the latest design trends and new naming convention.

Another complaint about Samsung’s phones was the UI – Samsung Experience. Despite being noticeably better than the predecessor, it was still not everyone’s cup of tea. Hence, the company did an overhaul of its mobile UI as well and introduced “One UI” which has gotten praise for its simplistic approach.

Moving on, Samsung’s new releases were honestly quite refreshing. The company ditched the old-design model with big bezels and hardware buttons and rather went with minimal bezels and a cleaner display; something you’re used to seeing in a much expensive phone. All hard work should pay, now shouldn’t it? Though Samsung wasn’t able to take the budget and mid-range market by storm, these tactics saw significant success for the company. As a result, it had something to show for even in the non-flagship territory.

Months later, ‘s’ iterations of the ‘M’ and ‘A’ series began hitting the stores.

So you see, that’s where the trouble began.
Those upgrades. Those damn upgrades!

I don’t know who thought of it, or who approved of it. But I do know this, they are bad phones for “an upgrade”. Samsung should’ve put a lot more effort into coming up with the next iteration of these smartphones. Because the predecessors were the hit that they were, people obviously expected Samsung to do an even better job but boy were we in for a surprise.

It seems as if the company is only trying to push out new phones while thinking little to nothing about their specs. Let’s just look at the handy table below which lists major differences between the ‘s’ variant of the ‘A’ series from the non-‘s’ variant.

Are we being unfair to and unreasonable against Samsung here? No, I don’t think so and I reckon the table speaks for itself. Just imagine how the tech world would react if the only upgrade in the next Galaxy S11 was a slight bump in camera spec and literally nothing more. The revamped product line had managed to garner a certain level of following and I feel Samsung has let them down.

In a time where manufacturers are coming up with more and more competitive devices, Samsung will once again have to come up with some radical changes to stay in the market, should the current strategy follow suit. The company has been consistently losing its market share in many parts of the world including Nepal. Take our neighboring country India for example. Samsung’s market share shrunk down to 20% in Q3 2019 from 23% in Q3 2018, while Realme managed to leap ahead to 16% from 3% within the same time period.

Companies like Xiaomi, Realme have been delivering top-notch smartphone upgrades time and again. Let’s take a look at Redmi’s Note line of smartphones. Why does every new iteration in this series manage to be a huge hit in the market? It’s because the company does something sensibly new with every addition, be it design, camera, or other aspects.

The thing is, we as an audience are already bored of the smartphone industry. Thus, it’s a real challenge for the manufacturers to get us hyped for new phones. Only some head-turning features grab our attention, like the new Xiaomi Mi Note 10 with an industry-first Penta-camera setup. It is up to the manufacturers to keep the consumers’ attention alive towards its products and when Samsung went on and soul-crushingly failed to do that in its mid-range series, it broke our hearts.