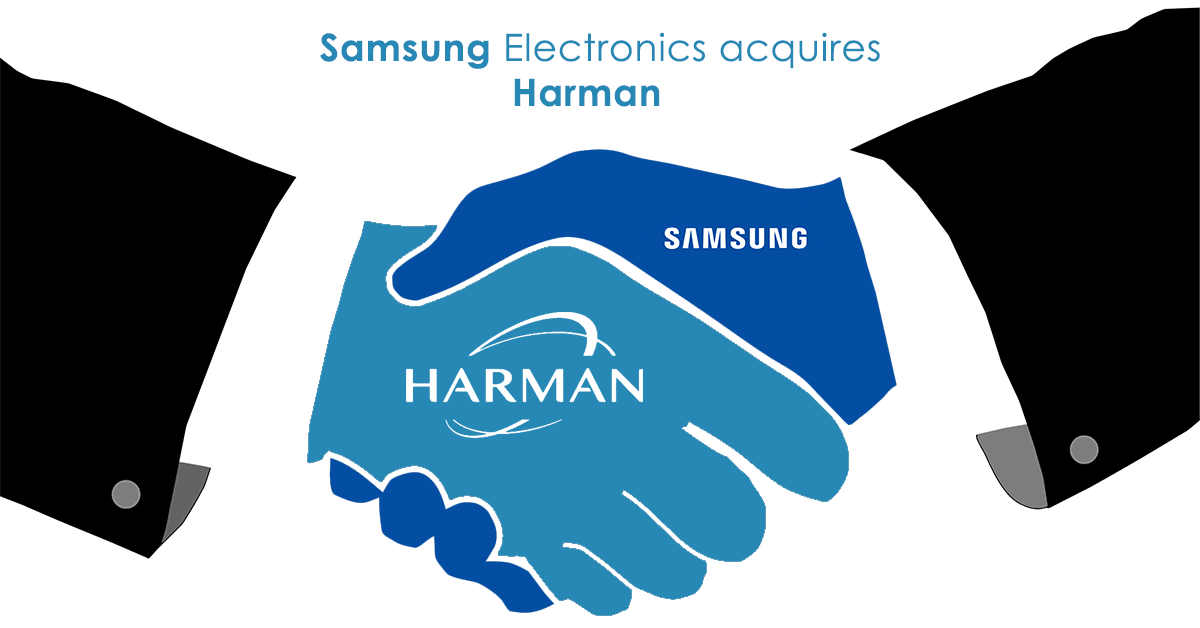 Samsung Electronics now acquires Harman International Industries after penning the deal worth $8 Billion. This is the biggest acquisition from the Korean Giant that was known for either buying small startups or doing its own innovations.

This acquisition didn’t come as a surprise as it was already foreseen from the November’s press meet between the authorities of both the companies. But now it is now official and the Harman is now an independent subsidiary of the Korean Giant. This is really big of an acquisition since Samsung is only known for either owning small startups or doing its own innovations. Samsung is now the 100% owner of the Harman. For those who don’t know Harman, HARMAN is made up of 30,000 employees working on the Harman Kardon, JBL, Lexicon, Mark Levinson and Infinity brands dedicating itself in mobile, home, automotive and industrial audio. This acquisition will not be having much of changes in the original organizational structure of the Harman. And yes, Dinesh Paliwal still retains his CEO position at the company. Speaking on this acquisition he said, “Samsung provides Harman with the scale, platform and complementary technologies to accelerate growth and extend our global market leadership in automotive, smart audio and connected technologies….Samsung and Harman will define – and drive – the future of automotive.”

What to expect from this acquisition:

This acquisition hints towards something new that we can expect from the Samsung. Samsung is likely to have some stumpings in the ground of automotive industry. The driverless car is the new cool in the industry and now we can count Harman with its new owner to come up with some innovative offerings of such kind. As of today, we don’t have much to share about the future autonomous car from Samsung and Harmon but it will surely sport some badass audio system. Plus the car’s user interface will be made up of Samsung screens and semiconductors for sure. This acquisition will also be felt in the Samsung electronics, most likely the mobile devices. If not the S8, the Harman powered audio system is likely to be introduced in future Samsung devices, most likely the Galaxy Note 8.